Is this a Yellow-billed Tern? 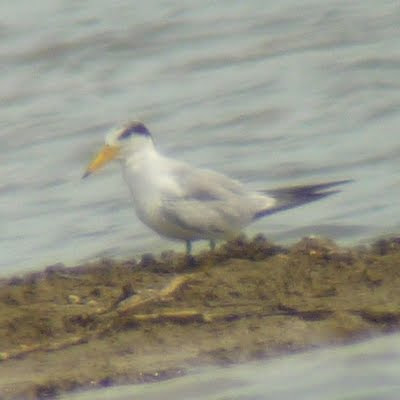 Euclides Campos and Laura Reyes found this odd tern at Aguadulce salinas on September 20. The bird was with a few first-year Least Terns, but was clearly different. For one thing, it had a yellow bill (hint, hint). The gray crown and unmottled gray back on this bird show it to be an adult in basic plumage. The bill of a non-breeding Least Tern is all-black, but would be yellow and dark-tipped on a non-breeding Yellow-billed Tern, a vagrant from South America that has been recorded in Panama a few times, with records from Aguadulce and El Agallito (but has never been photographed, as far as I know). This bird's bill also seems too heavy for Least, but it lacks the dark area around the nostrils that basic-plumage Yellow-billed Terns should have (see Cotinga 15:10–13 and the identification essay on the Southeastern Caribbean Birds Photo Gallery).
So what do you think? Do we have photo documentation of Yellow-billed Tern in Panama or is this a Least Tern with a freaky bill? Do chime in via the comments, s'il vous plaît.
Below, one extra photo, and two of Least Tern and Red Knots seen that day. 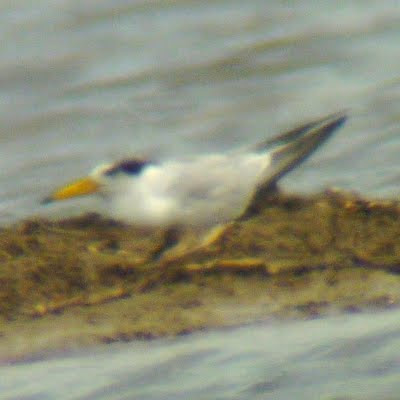 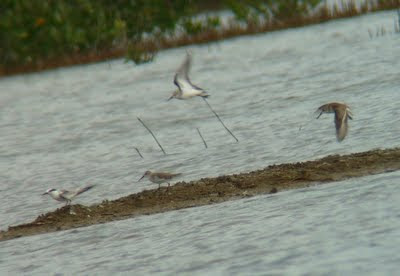