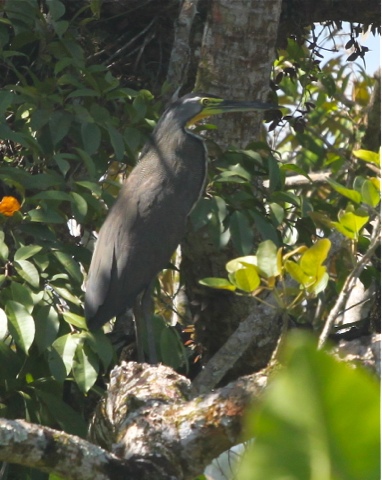 Greg and Eileen Meyer of Santa Cruz, CA were recent visitors to Isla Colon. Greg had contacted Pat Wade, a resident of Boca del Drago, through Birding Pal about doing some birdwatching during their stay on Isla Colon. While boating down the old banana canal between the Drago cut and the Changuinola River on Feb. 17 they sighted and photographed a Bare-throated Tiger-Heron. The bird was seen about 1 km from the entrance of the canal. According to Angehr and Dean's field guide, there has been only 1 other report of this bird on Panama's Atlantic coast, and that was from the easternmost part of the coast.
Leer más...

Ruby-throated hummingbirds in Mariato, a report by Kees Groenendijk 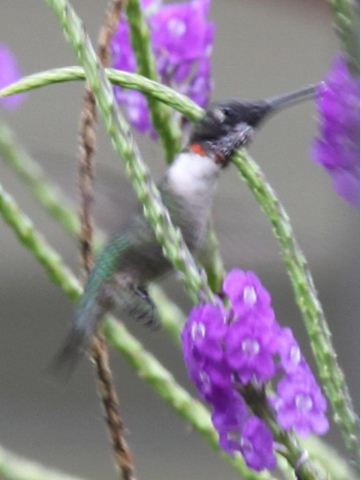 Over the last few days we have been seeing a few unusual humminbirds in our garden (just south of Mariato, on the western side of the Azuero Peninsula). Today I finally managed a (not very good) picture of one of them. And managed to identify it as a Ruby-throated Hummingbird . Even on this picture you can see the beginnings of the ruby throat. So this is a first year male. There is another individual of the same species with a more developed ruby throat. [Ruby-throated Hummingbird is a regular winter resident in western Chiriquí, with a few records from southern Coclé. This may be the first record from Veraguas].
Leer más... 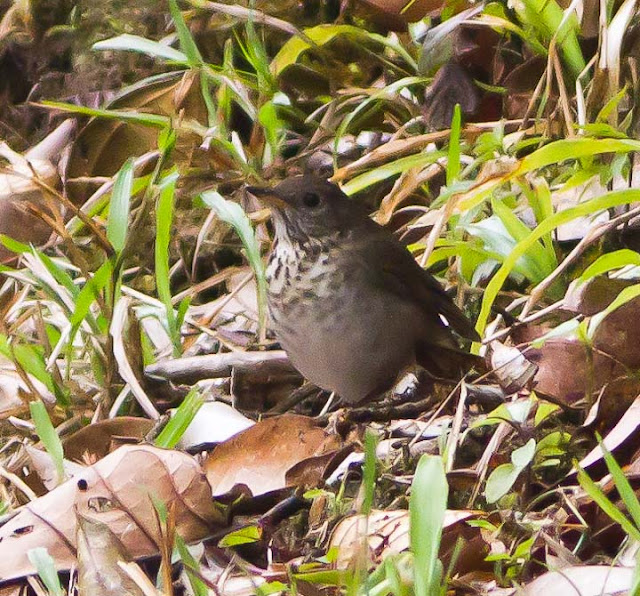 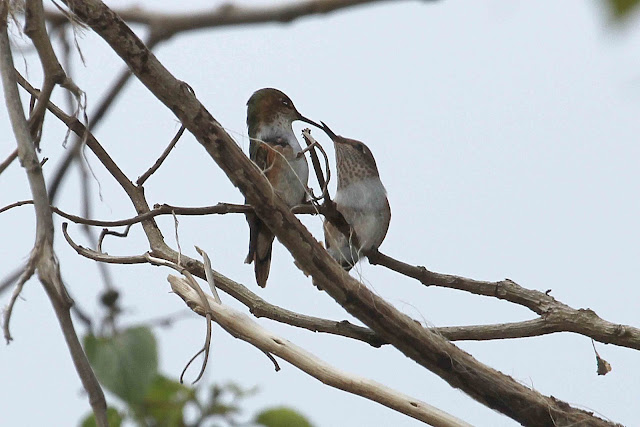 I spent 4 days in the Cerro Colorado area from 23 to 26 January with Ramón Pineda Jr as guide. Most notably, we found a young Glow-throated Hummingbird ( Selasphorus ardens ) being fed by its mother, both of which were photographed. I base the identification as Glow-throated mainly on location (4km east of Cerro Flores on the new road to Llano Tugrí, at 1250m) and the white bellies of the birds. According to all books and my own experience, the Scintillant is not found to the east of Cerro Flores, and according to Ridgely, the very closely related female Scintillant Hummingbird ( Selasphorus scintilla ) has a cinnamon belly. My theory after several visits is that the dividing line between the ranges of Scintillant and Glow-throated Hummingbirds is the ridge that separates the San Félix and Tabasará river basins. Cerro Flores forms part of that ridge. The “main” road to Cerro Colorado runs more or less up that ridge, then turns off it slightly to the west at about 1500mt and aft
Leer más...

New for Panama: Gray-bellied Hawk, a report by Venicio Wilson 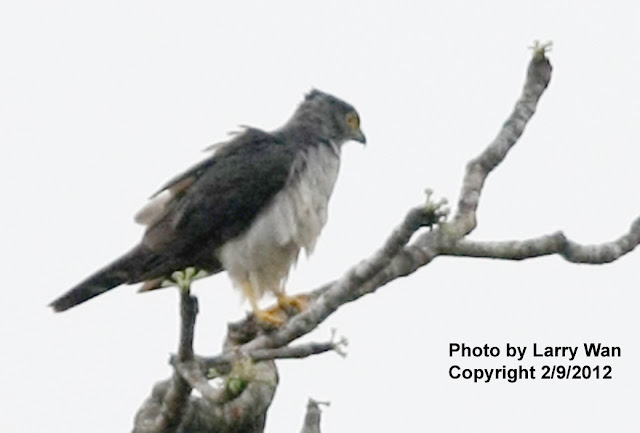 On February 9th of 2012, at 7:17 AM while guiding a birding program for Sendero Panama, we spotted a raptor on top of a Cuipo tree near the road in the way to El Salto, Darien. The bird was very similar to a Bicolored Hawk but inmediatly I noticed the paler gray on the belly and the lack of rufous on the thighs. Immediately our guest, Larry Wan took his 500mm camera and made several pictures of the bird which are the ones posted here. I also remembered a 2008 report of an immature Gray-bellied Hawk in Costa Rica and started pointing at the differences between both hawks. The lack of rufous on the thighs, the paller grey in the chest and belly, the contrast between black crown and dark cheeks were the immediate marks we noticed. While Larry and Sara were making pictures and observing the bird, I got to hear the bird call: 6 or maybe 7 notes, high pitch, 1 1/2 seconds apart from the other. I have heard and seen several times Bicolored Hawk in Bocas del Toro and this bird was lighte
Leer más...
Más entradas