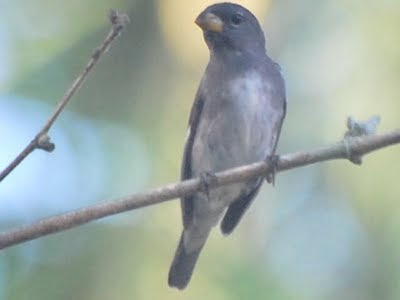 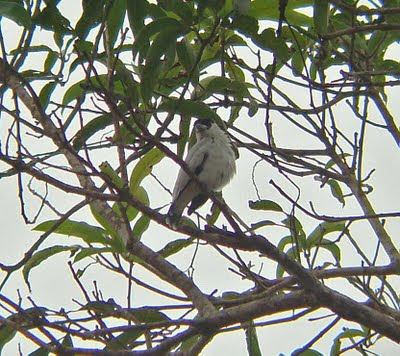 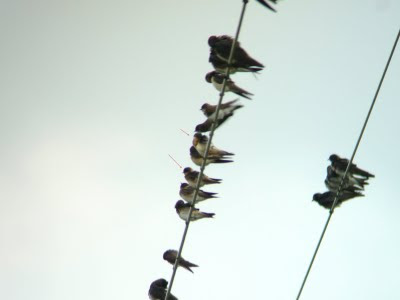 On Friday, October 16, Euclides Campos noticed an odd, light-throated swallow in a flock of Cliff Swallows perched on a wire at Punta Chame. The bird in question is the fifth from the bottom. Adult Cliff Swallows are dark-throated birds (as in the third bird from the bottom), and even the pale-throated juveniles shouldn't be this buffy. Euclides identified this bird as a Cave Swallow, a rare vagrant to Panama with an old record from Tocumen and a recent one from nearby Playa Corona . Upon close scrutiny of the photographs, we see a buffy throat on the seventh bird, too. UPDATE: That seventh bird is but a Barn Swallow, fide Euclides. Our apologies.
Leer más... 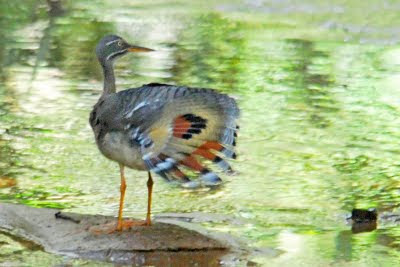 Osvaldo Quintero photographed this Sunbittern at Pipeline Road yesterday. The bird was on a small creek on the left side of the road, a few meters beyond the bridge over quebrada Juan Grande, and was observed from the road for 15 minutes while it preened.
Leer más... 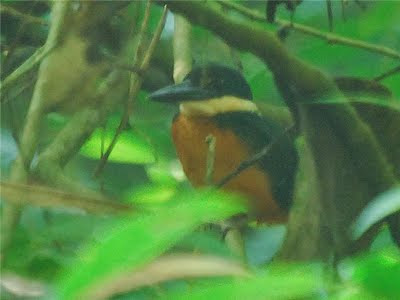 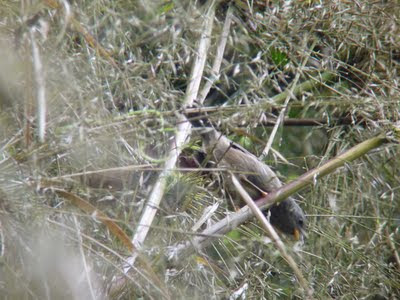 Euclides Campos spent a couple of days birding La Amistad International Park. The highlight for October 7 was a pair of Green-fronted Lancebills seen at El Retoño trail. Things turned for the best on October 8, with Ochraceous Pewee, a male Peg-billed Finch (feeding on the seeding bamboo two meters overhead), and a few Slaty Finches. Also recorded were Ornate Hawk-Eagle and a few Purple-throated Mountain-Gems and Barred Parakeets.
Leer más... 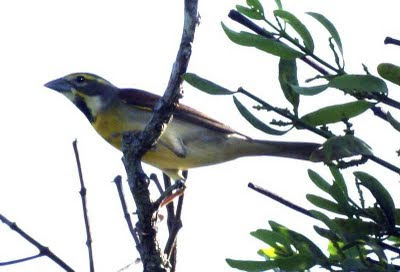 Enrique Rodríguez Álvarez sent in photos of a flock of Dickcissel photographed by the STRI dock in Gamboa on September 27.
Leer más... 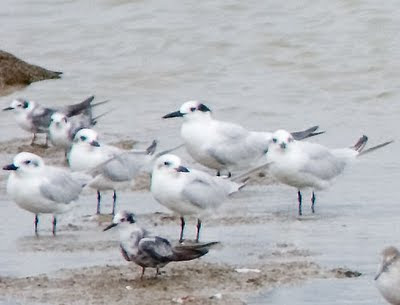 While in Coclé, Rosabel and Karl Kaufmann and Delicia and Darién Montañez decided to swing by Aguadulce Salinas to try for the Yellow-billed Tern seen there on September 20. Even though the tide was very high, there weren't many shorebirds anywhere, but we did find a flock of terns by the restaurant at the end of the road (Mar Nathy; great pescado frito): at least 18 Black Terns , about the same number Gull-billeds, a few Sandwiches and fewer Royals. No Least Terns nor Yellow-billed Terns were seen.
Leer más... 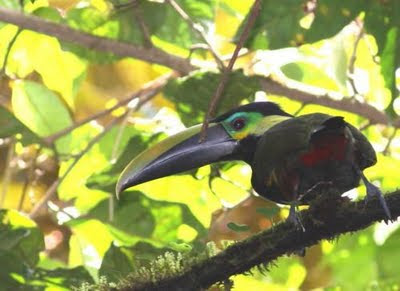 Rosabel & Karl Kaufmann, Björn Anderson, and Delicia and Darién Montañez spent the weekend at Parque Nacional General de División Omar Torrijos Herrera (née El Copé), hoping against hope to run into an umbrellabird or three. As luck would have it, we saw none, but we did run into a few interesting species. Saturday's birding began as soon as we crossed the park boundaries, with a flock of migratory warblers, including the first of many Blackburnians, a couple American Redstarts and a Canada or two. After settling into the very comfortable cabin (which at $10 a night is a steal) we moved to La Rana trail, which produced Chiriquí Quail-Dove (voice only, alas), a small flock of tanagers and warblers and what looked like the remains of a Black Guan (we'd rather not think that this was our umbrellabird). We then continued along Snowcap (née La Rica) Trail, which also proved quiet at the time (near noon). On our way back we had a small flock at the intersection with La Rana th
Leer más...
Más entradas