Gray-hooded Gull in Panamá Viejo, plus Whistling Heron, a species new for Panama. A report by Kevin Easley 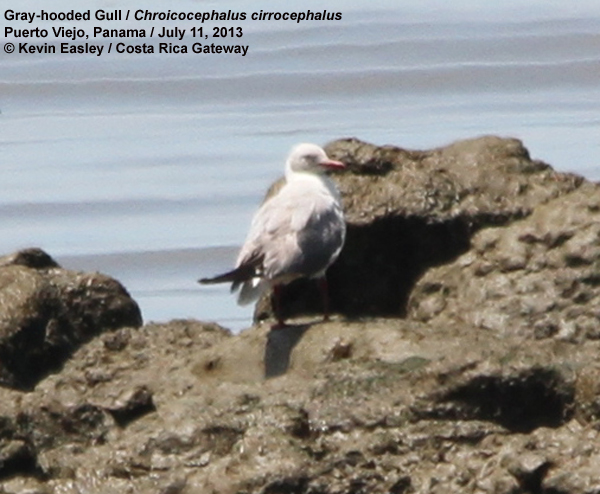 I recently returned from a target trip to Panama and wanted to share a couple of sightings we had during our time there. The group consisted of myself, Harry Barnard, Jason Horn and Macklin Smith. Harry, Jason and myself arrived fairly early to Panama City from Costa Rica on June 30 and decided to see if there were any rarities hanging around [Panamá] Viejo, before Macklin arrived. After an hour of scanning with birds being very distant due to low tied we had a late breakfast and then returned to find the tide was now coming in, bringing birds with it. Amongst the Laughing Gulls and one breeding plumage Franklin's Gull (which didn't make it north) we found a gorgeous Gray-hooded Gull . I had read on Xenornis that one was seen in July of 2012. I was able to get a few definitive photos of this vagrant. A nice start to the trip to say the least. Macklin had seen the one in Coney Island so he had it on his North American list already. Our next surprise came the last ful
Leer más...
Más entradas