- domingo, febrero 28, 2010
Jan Axel Cubilla visited Costa del Este for this afternoon's high high tide and found a strange gull with the thousands of Laughing Gulls just east of the bridge. Originally thought to be a Kelp Gull, when it took flight it showed a lot of black in the tail, which could mean he saw a Belcher's Gull. We'll have to wait for his photos to be sure, but it would be a good idea to visit the area tomorrow for an even higher tide at 4:26 pm. [The bird in question was proven to be but a subadult Kelp Gull . Apologies] We waited for the tide to recede and the gulls to reassemble, but could not find the one we were looking for. We did see two or three Herring Gulls , a few Ring-billeds and a young Lesser Black-backed . The beach at Panamá Viejo had two Elegant Terns and a Long-billed Curlew .
Leer más... 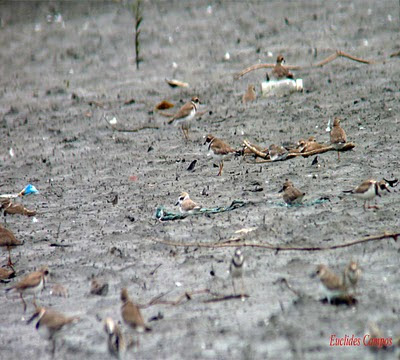 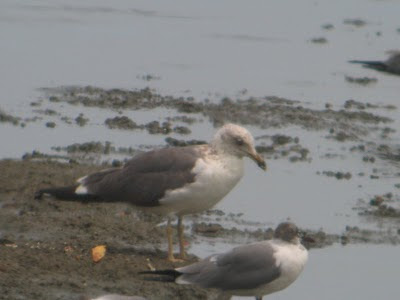 599 species in 26 days, a report by Euclides Campos 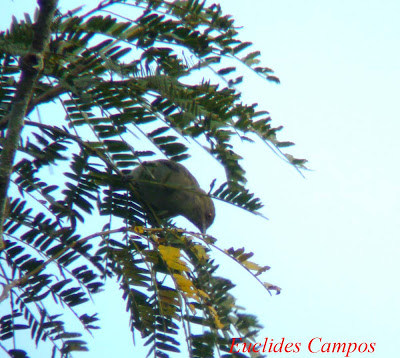 During my last trip to Cana that started from December 28th to January 4th with Andrew Valleley and Dale Dyer, we had an excellent adventure where most of the Cana specialties were seen. Frank Rheind saw a Striped Woodhaunter on January 2th, and we saw it the next day at El Paletón trail. Next day we got an Orange-crowned Oriole close to the lodge. According to the book Where to Find Birds in Panama , both birds have not been recorded for Cana. On January 4th we returned from Cana to do birding at the Metropolitan Nature Park to chase the Pheasant Cuckoo, Yellow-green Tyrannule t and Slate-colored Seedeater . All of them were seen. Next day we headed to the west doing some grassland birding around Herrera province where we found a Striped Owl at Las Macanas Marsh. The following day produced the Coiba Spinetail and Brown-backed Dove [at Coiba Island, of course]. On January 7th we had a White-throated shrike Tanager in a big mixed flock, and both wood wrens were seen fora
Leer más...

Snail Kite in El Valle, a report by Venicio Wilson 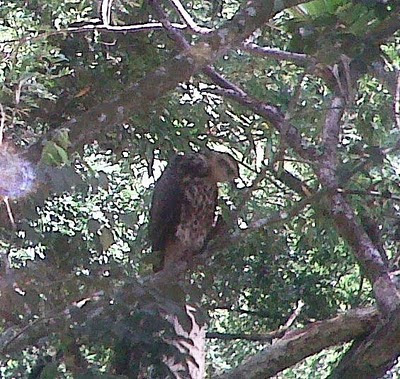 I always thought of Snail Kite as a bird of marshlands and lakes. However, today as we came down from Cerro Cara Iguana in El Valle de Antón, we found this juvenile resting over a little dam next to the road. I checked the birdlist provided by the Canopy Lodge in 2005 and there is no mention of this species been there in El Valle. The pictures are not the best since I use my cellphone and binoculars to make them.
Leer más...
Más entradas