Streaked Xenops at Río Mono, a report by Bill Adsett 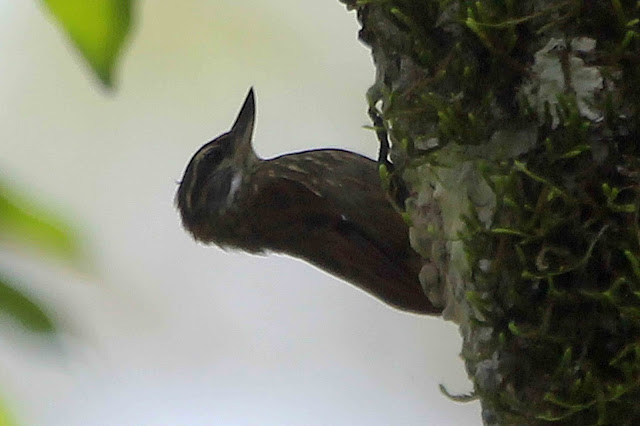 As a follow-up to Darién's "Xenornis" report of Streaked Xenops possibly nesting at the río Mono bridge in February, we had good looks at one at the same place on August 19. Despite difficult light, we got some photos that show well the colour and streaking on the lower parts, but not so well those on the upper parts. However, it appears that the streaking on the upper parts is pretty much confined to the neck and shoulders, and does not continue down the upper back as in some races. Dave might be able to elaborate more on that. Are we assuming that these birds are the incomptus race described by Wetmore from Cerro Pirre? I cannot find an illustration of that race anywhere, but the description fits pretty well. In Restall's Birds of Northern South America there is an illustrtion of hetererus of eastern Colombia which is quite similar to the Bayano bird. [And elaborate he did. Dave Klauber: Thanks for the photos Bill. The streaking on the back goes
Leer más...

Whistling Herons still in Malibú, a report by Bill and Claudia Ahrens 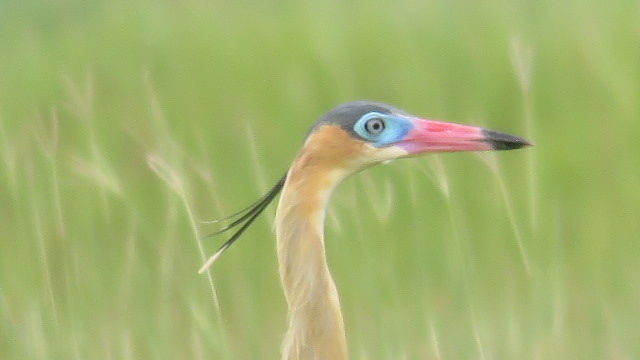 On our way back to the city on August 26 we stopped to scan the ponds at the Malibu development in Nueva Gorgona with Cindy Lieurance and Leslie Lieurance. The pond seen from the fence had about 30 Least Grebes and we found 1 Pied-billed Grebe. The pond at the back of the development is in a much more natural state and had a number of other species. Most notable - there was a Capped Heron on the far shore and a non-breeding adult Black Tern. We also saw a single American Kestrel and 2 Whistling Heron in the field area. Leslie Lieurance shared this video of the sighting.
Leer más...

Least Bitterns at the Gamboa Ammo Dump, a report by Cedric Kinschots 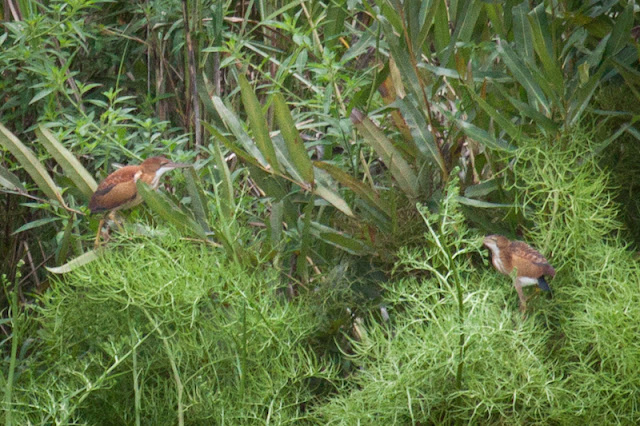 Joris Deruwe and I found at least 2 Least Bitterns at Ammo Dump on Sunday, August 23. The birds were constantly flying back and forth between the shoreline and the tall vegetation on the floating island. On Sunday, the wind had blown the island to the northeast corner of the pond, near the Ammo depot entrance gate, so it was pretty far away. Quality is not optimal due to the distance, but I would say this is the resident race.
Leer más... 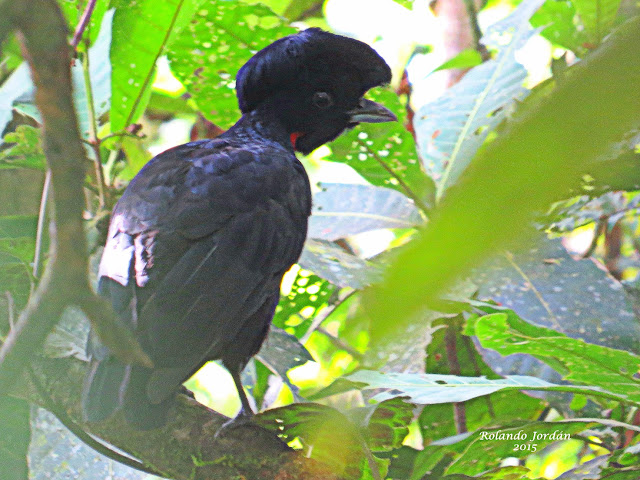 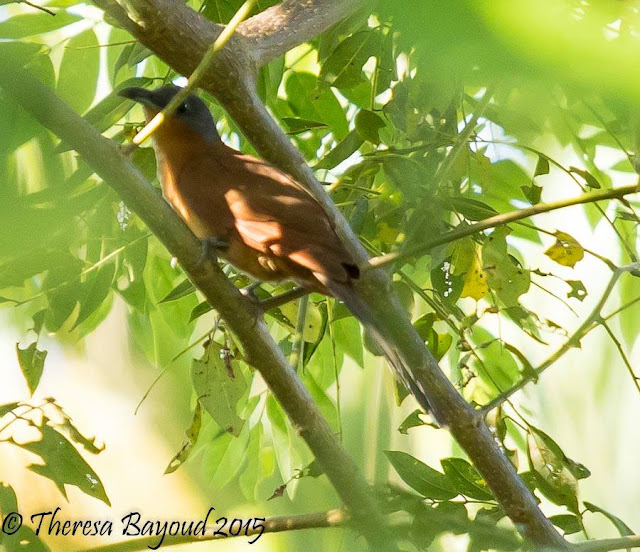 Domiciano Alveo shared these photos (taken by Theresa Bayoud) of a Gray-capped Cuckoo seen at Aruza Arriba, Darién on August 6 and again on August 12.
Leer más...

Umbrellabirds in El Copé, a report by Cedric Kinschots 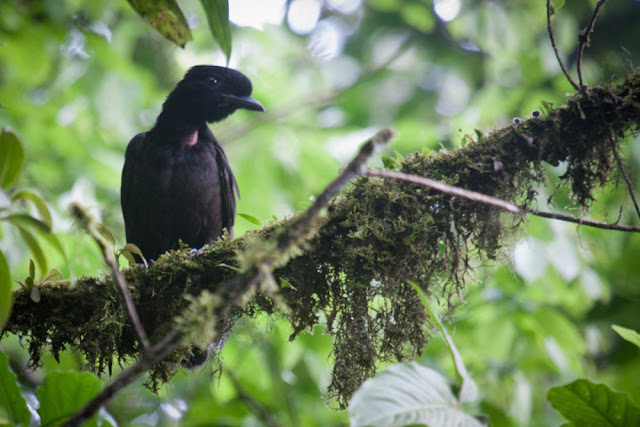 I decided to follow up on your Umbrellabird sighting and visited El Copé this morning. At the exact spot mentioned in your report (the intersections of the Cuerpo de Paz and Auxiliary Trails with the Las Ranas trail, I played the tape and immediately not one, not two but three Umbrellabirds flew in. Some pictures attached, they appear to be one adult and two younger males. Other good birds this morning were Crested Guan and Snowcap .  I also saw several Smoky-brown Woodpeckers . I have been seeing these woodpeckers in El Copé for 12 years, even though Coclé is not mentioned in the range description of that species in Angehr nor Ridgley I believe.
Leer más...

- lunes, agosto 03, 2015
Camilo and Darién Montañez and César Trejos found a female Bare-necked Umbrellabird at El Copé on the morning of Sunday, August 2. The bird perched quietly on a low branch near the intersection of Las Ranas Trail and the Sendero Auxiliar.
Leer más...
Más entradas