Rarities and Anomalies in Parque Internacional La Amistad, a report by Michael Froude

- jueves, mayo 24, 2012
A spontaneous visit to the Cerro Punta area in late April yielded the following notable observations in Parque Internacional La Amistad. On 29 April, near the lowest point on Sendero El Retoño, at about 2170m I had an extended intermittent sighting through tangled foliage of a Streaked Xenops , behaving very similarly to the familiar Plain Xenops, including hanging upside down. I noted the obvious streaking, supercillary and malar stripes of the same colour compared with those of different colour of the Plain Xenops and with the supercillary only of the larger Ruddy Treerunner seen the previous day, also hanging upside down. I had another brief sighting of Streaked Xenops (maybe the same one) the following day in tangled foliage just below the park entrance, at about 2100m. These altitudes are higher than the range quoted by Angehr. At the spectacular cascade which is the destination of Sendero La Cascada, at about 2400m, on 30 April, I saw an Ochraceous Pewee , on an exposed perch
Leer más... 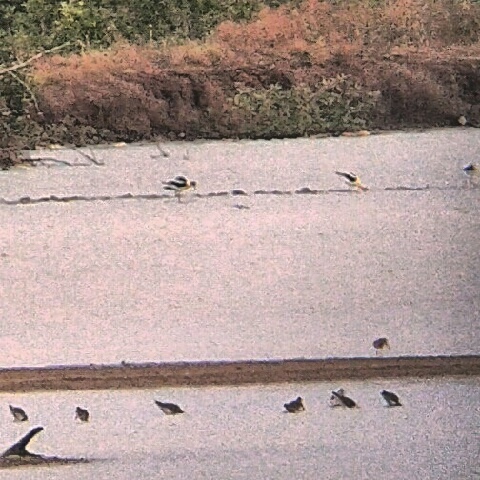 Venicio Wilson found a flock of eight American Avocets at Salinas de Aguadulce on May 15. These are different birds from the ones at Costa del Este, which are still hanging around.
Leer más...

- lunes, mayo 21, 2012
Gwen Keller went shorebirding at Costa del Este yesterday afternoon and as the tide was coming in she spotted maybe 30+ Marbled Godwits, 9 American Avocets , some with rufous plumage, and a number of short billed dowitchers among the usual cast of characters.
Leer más... 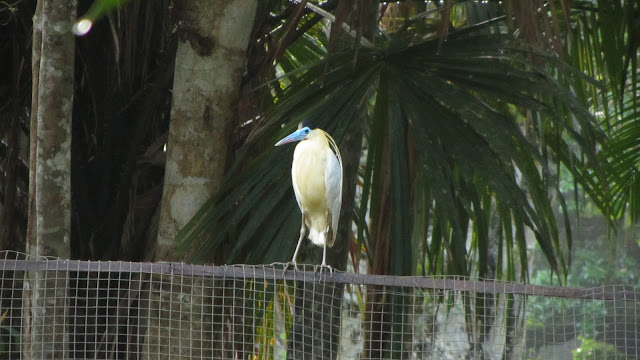 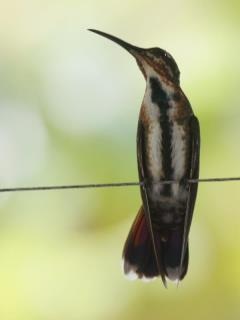 Kevin Easley and some other avid birders from Costa Rica visited the Western Azuero and Coiba with me. On 3 May we went to Changuale (East of las Flores) to try and find the Azuero parakeet. Wer did not find it, but saw many King Vultures circling above us while walking along the Pavo river.  We left for Coiba on 4 May. Between Santa Catalina and Coiba we saw Red-necked Phalaropes , Brown Noddies , a juvenile Red-billed Tropicbird and a Parasitic Jaeger . On the Las Pozos trail on Coiba we found the Coiba Spinetail and the Brown-backed Dove . There was also a male Indigo Bunting in breeding plumage (The Angehr guide does not mention that Indigo Buntings occur on Coiba). Furthermore, for the last three weeks, our hummingbird feeders are daily visited by a juvenile mango. I have attached a (small) picture of the bird. I think it is a Veraguan Mango .
Leer más...
Más entradas