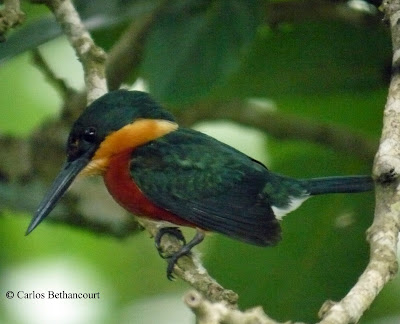 I just wanted to share this pic of American Pygmy-Kingfisher that was observed by me and a group of birders from Oregon. The interesting thing is that this beautiful bird was around for about an hour and constantly feeding, taking the food away and coming back to three different spots over the water at Ammo Ponds. I could say that it probably has a nest nearby, but I couldn't work a lot on this bird since there was a lot going on at Ammo ponds.... We also got great views of male and female Olivaceous Piculet , Yellow-tailed Oriole, Southern Lapwing, Yellow-crowned Tyrannulet, Scrub Greenlet, Immature Rufescent Tiger-Heron, Great Blue Heron, Striated Heron, White-throated Crake etc... It was a nonstop birding afternoon...
Leer más...

Wedge-tailed Grass-Finches in Santa Fe, a report by Bill Adsett

- miércoles, mayo 20, 2009
On May 16, Charles Adsett, Fátima Hawthorne and myself found several individuals of Wedge-tailed Grass-Finch —and heard several more—on the grasslands of the upper southern slope of Cerro Tute. They were relatively easy to see since when flushed from their hiding places in the grass, they would often fly to low perches in bushes and elfin forest where they could be well observed. According to Ridgely, Francisco Delgado has reported them from two nearby sites, La Yeguada (surely not in the pine trees!) and Buenos Aires de Cañazas, so their presence on Cerro Tute is not that surprising. Sadly, this is the exact site on which Santa Fe Energy plans to build a wind farm, under a concession to be signed with ANAM. This will cause considerable permanent disturbance to the area. Wedge-tailed Grass-Finch is known from only a few locations in Panama, always in undisturbed natural grasslands. Therefore, its days on Cerro Tute may be numbered, despite the supposedly protected status of its habita
Leer más... 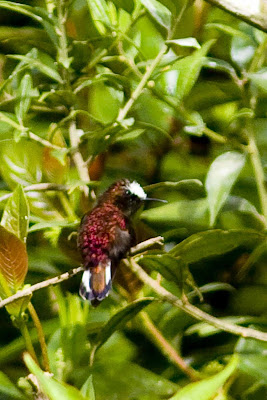 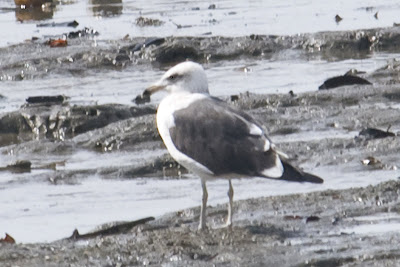 Osvaldo Quintero sent in these photos taken in Costa del Este on Sunday, May 3. The Kelp Gull, first seen on april 3, is still around, and the flock of Black Skimmers has grown a bit: by our count, there are 75 skimmers in the photo, and we may have missed a few.
Leer más... 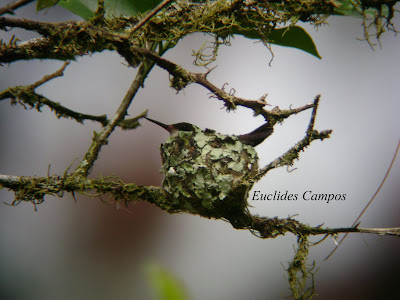