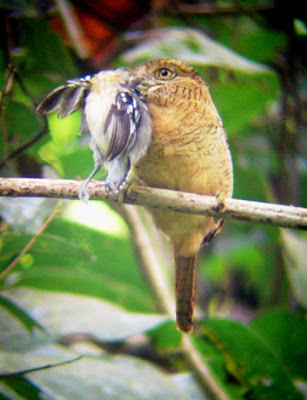 This happy Barred Puffbird, with a still-kicking Pacific Antwren in its jaws was photographed by Iván Hoyos last Tuesday, December 9th, at the enntrance of the Mine Trail, at Cana Field Station in Darién National Park. Several tanagers were agitated by the presence of what I presumed to be a Chocó Screech-Owl or similar. The reason was the Barred Puffbird, which I observed with the Pacific Antwren still alive in its bill for about 3-4 minutes. Shortly after, the antwren showed no motion and the Barred Puffbird then disappeared with the antwren into the forest.
Leer más... 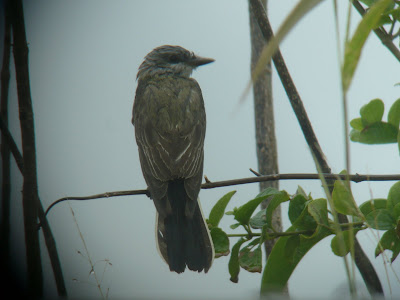 The Canopy Tower's Carlos Bethancourt sent in these photos of a rain-soaked Western Kingbird, seen while both bird and birders braved the rainstorm of November 26 at San Lorenzo. The photos clearly show the black tail with white-edged outer rectrices typical of Westerns, but we're blaming the notched shape to feather wear and to the rain. This is only the second record of this extremely rare migratory vagrant to central Panama, the first being one seen at Chivo Chivo Road in 1988.
Leer más... 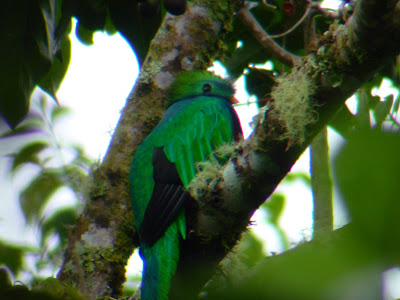 From November 6 to 10, Jacobo Ortega took a small group of Venezuela Auduboners to the Chiriquí Highlands. Highlight was a tree full of Resplendent Quetzals seen on the 8th at the entrance of Respingo trail above Cerro Punta, with three adult males and 16 females and immatures. Also at the same tree was a male Three-wattled Bellbird. On November 10 at Macho de Monte, Cuesta de Piedra they found two Crested Guans.
Leer más... 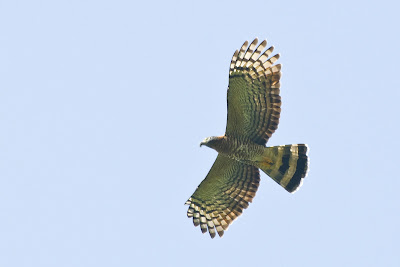 Osvaldo Quintero, in the company of Venicio Wilson and Rafael Luck, photographed this female Hook-billed Kite on the road to La Mesa in El Valle on Sunday, December 7. Hook-billed Kite is a bird of the lowlands, but rarely ventures up into the foothills.
Leer más... 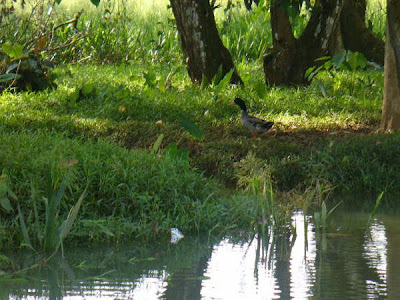 Gonzalo Horna photographed this drake Mallard (which was accompanied by a camera-shy female) on the morning of December 6 on the Gatún river, about 2 km downriver from the Transisthmian highway. His boatman, who lives in the area, says that he sees these birds almost every year from october to the end of the dry season. We think (at the risk of being called conservative skeptics) that these birds can't be safely called vagrant wild migrants. Wild Mallards winter south to central Mexico, even though some venture further south. Meanwhile, domestic Mallards are pretty common throughout Panama, and these birds were too close to houses and farms for comfort. Also, the chances of not just one but two adults overshooting their regular wintering location are pretty slight. Also seen that day were Cocoi Heron, which is rare away from the eastern Pacific slope of central Panama, plus a Lesser Scaup in Gatún Lake.
Leer más... 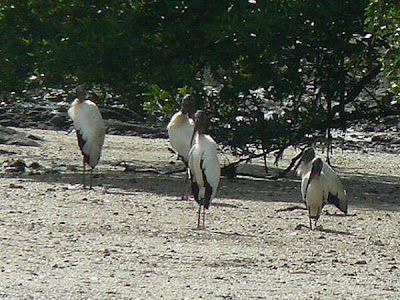