Elegant Tern at Veracruz, a report by Jan Axel Cubilla 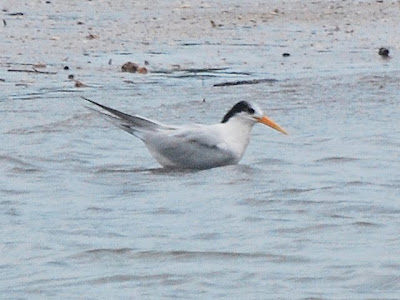 This morning (september 27th) I saw an Elegant Tern at the easternmost end of playa Veracruz (by the river). It was alone and stayed only 10 minutes, resting close to a flock of Whimbrels and Willets. Then it flew directly to the sea. Later, I found two American Oystercatchers at Farfan, by the bridge between the former beach and the entrance to Palo Seco Hospital. They were not close to the road, I had to walk a lot through the beach (with rubber boots) in order to find them feeding in a rocky shore. It seems that this is a regular site, since I saw also a pair there during the last Pacific Christmas Bird Count (curiously, I also saw an Elegant Tern in Veracruz during the last Pacific CBC).
Leer más...

Lanceolated Monklet at Santa Fe, a report by Björn Anderson

- lunes, septiembre 27, 2010
Los Quetzales did not yield any Peg-billed Finches, but about 10 Slaty Finches at Cabana 2. Neither did I get Maroon-chested Ground-Dove nor White-crested Coquette. Better off with Lanceolated Monklet at Santa Fe this morning. Same spot as Venicio Wilson saw it.
Leer más...

On the underwater topography of the southeast Azuero Peninsula 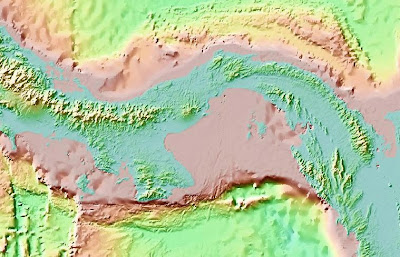 First, for context, a colored bathymetric map of Panama. Zooming in, a simplified diagram showing the 200, 1000, 2000 and 3000 meter isobaths. Zooming in further, the Google Earth image showing two notable points of our September 11 deep water pelagic trip : our stops that produced Tahiti Petrel and Wedge-tailed Shearwater . These stops were not serendipitous, but were carefully planned atop seamounts, underwater mountains. The most productive one, 45 km east-southeast of Punta Mala, has its summit at 91 meters deep, but is surrounded by 1000-meter depths. The Wilson's and Wedge-rumped Storm-Petrels were seen about halfway to that spot, maybe at 300 m depths. We suspect the other mound, with a 37-meter deep summit was not in deep enough waters (around 500 m). There is a third seamount, about 45 km west-southwest of Punta Mala, also at the 1000 m isobath, that remains unexplored. Heading in that direction would allow us to swing by Islas Frailes, as a bonus. Finally, some eye can
Leer más...

- sábado, septiembre 18, 2010
On the morning of Sunday, September 12, still high on the post-deep-water-pelagic endorphins, Björn Anderson, Ken Allaire, Gonzalo Horna and Darién Montañez headed for El Copé in search of umbrellabird. And find it we did. After walking Sendero Los Helechos Trail, where we got Black-crowned Antpitta and Stripe-breasted Wren, we did Sendero La Rana. While waiting for a mixed flock to approach, a Bare-necked Umbrellabird was spotted sitting quietly on a branch, terribly backlit but at pretty much eye level. This bird had a full hood and some bare skin around the neck. It was soon joined by a second bird, which looked scruffier all over and was probably a younger bird. The flock eventually approached and provided a first-year female Cerulean Warbler . Later on, when we were making our way back to the visitor center, we were trying to lure in a calling White-throated Shrike-Tanager when another pair of umbrellabird showed up, this time two adult-looking birds. Light was better this time
Leer más...

Sungrebe at Lago Calamito, a report by Rob Batchelder

- sábado, septiembre 18, 2010
Just returned from our first trip to Panama, a family vacation at the Gamboa Rainforest Resort. Although we saw a lot of spectacular birds (including more than 30 lifers for me), I wanted to report what was undoubtedly the most surprising find of our short trip: Sungrebe (Heliornis fulica). A single bird was seen floating on Lago Calamito, directly opposite the Panama Rainforest Discovery Center's observation platform, at around 10:30 a.m. on Tuesday, September 14. The lone bird was seen well by Rob & Karen Batchelder and Sally Gladstone, from a distance of approx. 50 meters in good light, for approximately 2 minutes until it flew away.
Leer más...

Mississippi Kites are here, a report by Laura Reyes

- jueves, septiembre 16, 2010
Today at 2:58pm I saw an estimated 1,000 Mississippi Kites flying overhead at the entrance of Albrook. Euclides Campos and Ramiro Duque, both Hawk Mountain Sanctuary Interns, were with me. What a thrill! Eyes to the skies, the migratory raptors are here!
Leer más... 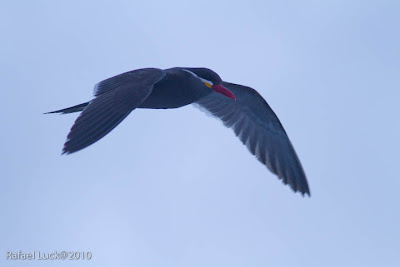 On Saturday, September 11, Björn Anderson, Ken Allaire, Jan Axel Cubilla, Gonzalo Horna, Rafael Luck and Darién Montañez spent 11 hours out on the deep waters southeast of Punta Mala. The day started on a good leg at 6:30 am when the bird that was following our wake got close enough to show its white whiskers: an Inca Tern . The bird flew with us for five or so minutes, and eventually landed on the bow of our boat, where it hitched a ride for a while, allowing for great photos. Inca Terns invaded the Bay of Panama during the 1983 El Niño, and there may have been one in El Agallito during the 1998 El Niño, but has remained unreported since. At 7:10 we saw our first storm-petrels, which turned out to be Wilson's Storm-Petrel . Minutes later we saw our first first record for Panama of the day: a Band-rumped Storm-Petrel , identified by Björn based on its pointier wings and Leach's-like flight. Every other storm-petrel seen that day, and there were many, was a Wedge-rumped Storm
Leer más... 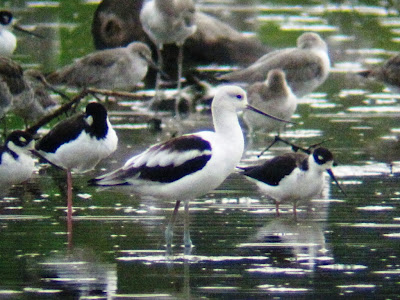 Slaty Finches at Los Quetzales, a report by David Muth 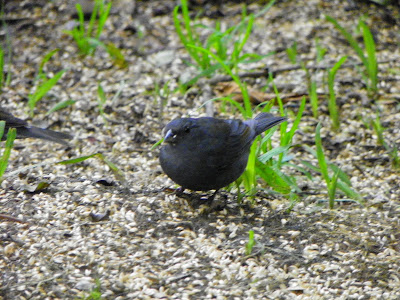 A group from New Orleans—David Muth, Phillip Wallace, Dan Purrington and Mike Tifft— visited Panama July 31-Aug 10. We hit Plantation Rd. (photos and video of calling So. Bentbill), Rainforest Discovery Center and Pipeline Rd. (Blue Cotinga, Scaly-throated Leaftosser) while in Gamboa (2 nights at Soberiana Research Station). After that we went west to Fortuna and Finca la Suiza (2 nights). From there we visited Willie Mazu ( Barred Hawk , but otherwise rain and fogged optics) and the area up at the continental divide ( Brown-billed Scythebill ). Then west to Los Quetzales in Chiriqui-- 3 nights. We stayed up at Cabinas #9. From there we went to El Valle, and stayed at Canopy Tower 2 nights, then a night at Albrook Inn. Despite our short visit, we were delighted to get a half day tour from Danilo Rodriguez. The morning walk up the El Convento Trail was slowed by rain, but still memorable. Danilo made it up to us by meeting us at 5 p.m. and showing us, in short order, Mottled Owls, Tod
Leer más... 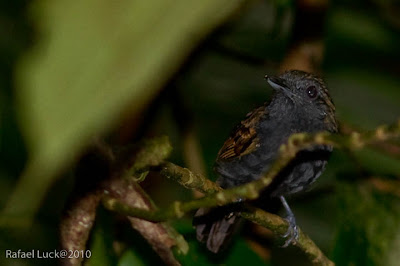 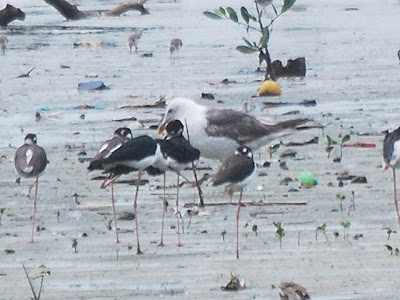 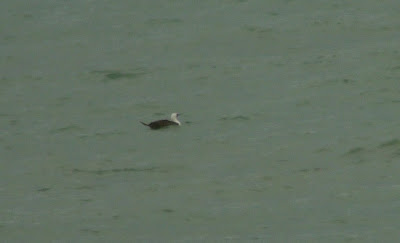 Canopy Tower's Carlos Bethancourt photographed a Peruvian Booby at Juan Hombrón beach (south of Antón, Coclé), today. The all-white head and dark back shown on the photos eliminate the commoner species of booby. Carlos also took some video of the bird, which he's promised to send in along with a written account of the record as soon as he gets back to civilization. This would be the first record since the 1984 El Niño event, although Björn Anderson saw something that could have been one off Pedasí a month or so ago.
Leer más...
Más entradas