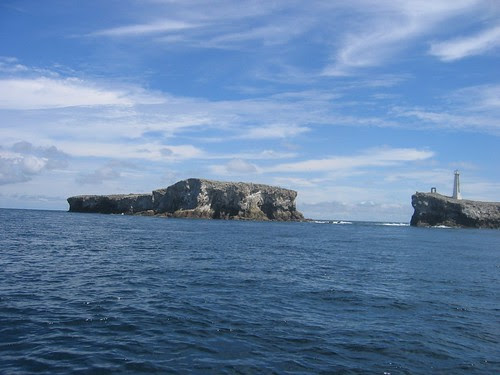 On Saturday, May 20, a select crew of hardy Panama Audubonites (Bill & Claudia Ahrens, Solange Anchor, and Darién and Delicia Montañez) braved the calm seas and crisp, beautiful rainy-season weather for an afternoon of seabirding around Islas Frailes. A harbringer of the exciting things to come, casual pre-lunch scanning from Venao Beach produced about five Bridled Terns and ten Brown Noddies mixed in with a small flock of Black Terns. Later, when walking down to the boat that we would call home for the following four hours, we found three Elegant Terns with the Laughing Gulls, two flying and one standing on the beach. Things got more interesting once we were about 2 km offshore, with the appearance of a largeish, all-dark Storm-Petrel that we're calling a Black Storm-Petrel , as well as numerous Bridled and Sooty Terns and Brown Noddies , some carrying fish. Frailes del Sur were covered in birds, most likely nesting. The population of the bigger, southern island was very
Leer más...
Más entradas