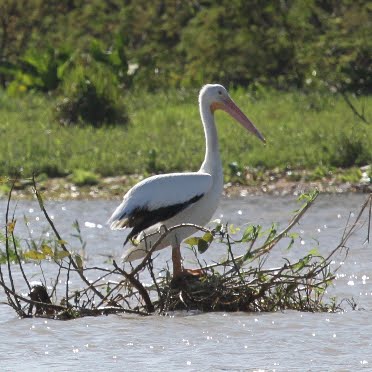 During a birding trip to the Snyder Canal, hosted by Tranquilo Bay eco adventure Lodge on January 1st, we observed 2 American White Pelicans resting at the mouth of the Changuinola river. The day before we had strong winds and constant rain for over 24 hours. Pictures credits Ann Fleck.
Leer más... 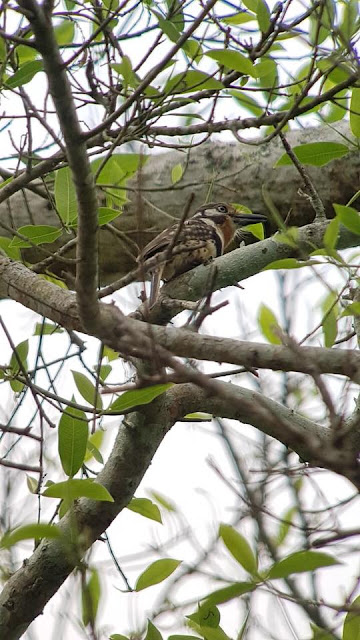 On Sunday, December 30, Canopy Family guide Eliecer Rodríguez along with John Coons’ Field Guides group discovered a Russet-throated Puffbird at the Tortí River. News of this latest addition to the Panama list spread like wildfire, and that same same afternoon Jan Axel Cubilla and Rolando Jordán drove out and found it again: And on the morning of December 31, Rosabel and Karl Kaufmann and Delicia, Camilo and Darién Montañez drove out and found it again: As the crow flies, this is a range expansion of about 175 km to the west of the species usual range along the Colombian sores of the Gulf of Atrato, and the first record for North America. Since puffbirds are not known for being active fliers, it's very possible the bird will stay put for a while, and that the species will be found at other spots further east, so go get it!
Leer más...
Más entradas