Crowned Slaty Flycatcher, a species new for Panama (and for North America) 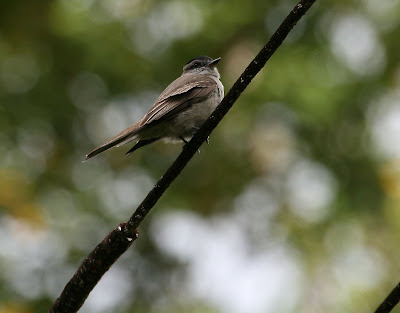 Kit Larsen with Dennis Arendt, Roger Robb, Paul Sherrell send in the following report: We believe we have sighted a Crowned Slaty Flycatcher in Cerro Azul on Dec 1, 2007 and again in the same place on the 4th. I have attached a photo. The bird matches well the descriptions in the Birds of Colombia and Birds of Ecuador. It matches the photos of the Crowned Slaty Flycatcher we find on the web. We found it on a utility wire adjacent to the Chagres Forest. In size, it is bigger than a Forest Elaenia. It did some flycatching as we watched, returning to its perch after going after a bug. The one thing the photo does not show is that it had a thin yellow line through the crown, which was visible when the wind blew. Also, the base of the lower mandible is lighter than the tip. We were able to observe the bird for more than 30 minutes on each observation. We have more photos - they show pretty much the same as the attached photo; we will submit them when we return home. We have sent the photo
Leer más...

- miércoles, diciembre 12, 2007
Bill Adsett sent in the following reports: On December 9 there were two Wood Thrushes at the house in Cerro Azul. They stayed close together while feeding in trees, and were constantly vocalizing. We never used to get woodthrushes up there (let alone singing ones), but last year one turned up and now two! Whats going on? Also, if anyone still needs Yellow-bellied Sapsucker for Panama , there is one in Parque Metropolitano. I saw it today [December 12] close to the crane turnoff on the Mono Tití trail.
Leer más... 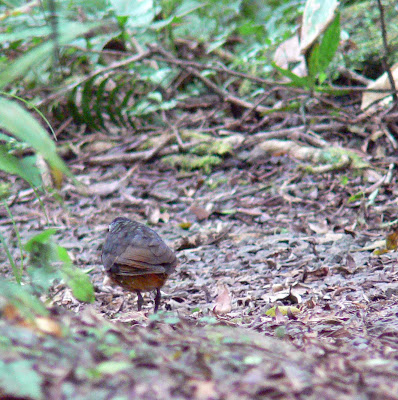 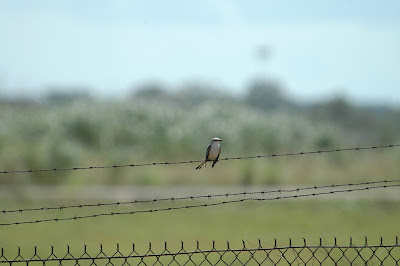