Gray-capped Cuckoo and Large-billed Terns at Finca Bayano, a report by Les Lieurance 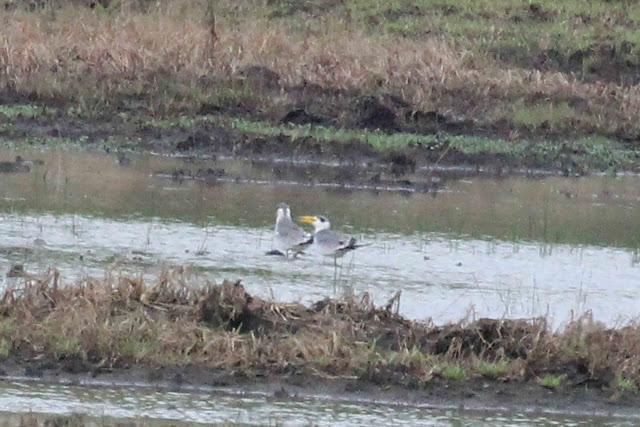 Had a nice day trip to the finca today with Cindy and Bill Adsett. Cloud cover made the heat somewhat bearable and the roads were passable.  eBird list here . I taped two Large-billed Terns . Also found a Gray-capped Cuckoo : Cuckoo with a long tail, shaped like Yellow-billed Cuckoo. Short black bill, dark eye, dark gray slightly bushy cap and dark gray face and nape, gray extending below the eye. Throat rich rufous, breast slightly lighter rufous. Back and wings rufous. Tail, seen only from below, appeared to be black with white spots, placed similarly to spots on Yellow-billed Cuckoo's tail. Bird was in the mangroves. Mangroves suffering a massive infestation of tent caterpillars - perhaps the cuckoo was there for a feast. Bird was very skulky, often perching deep in the foliage.
Leer más...

Vermillion Flycatcher in the Western Azuero Peninsula, a report by Philip and Julie Pearce 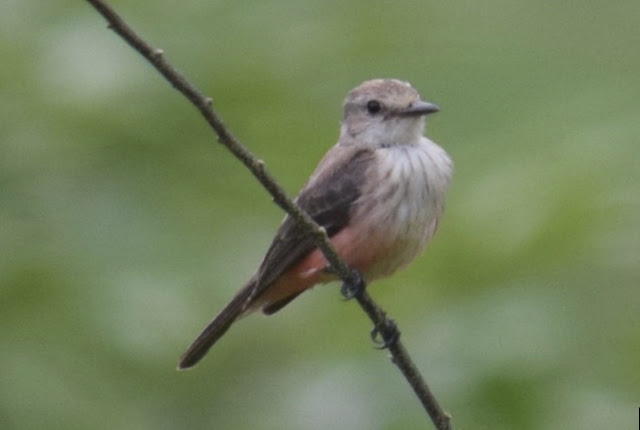 On August 2, 2017, a female Vermillion Flycatcher ( Pyrocephalus rubinus ) was seen in Mata Oscura, a small community between Torio and Quebro. The location is approximately 200 feet above sea level, but virtually at the rocky coast between Playa Morrillo and Playa Mata Oscura. The Morrillo estuary is very close to this location. The area was formerly cleared for cattle, but has been reforested within the past 8 years with trees and shrubs in an attempt to attract birds and other wildlife. Philip and Julie Pearce saw and photographed the bird. The bird was acting typically for a tyrant flycatcher. She was perching at the tops of the small trees and shrubs and darting up to catch insects, then returning to the same perch. She did not vocalize. This was at approximately 11:30 a.m., at the edge of a relatively clear area in relation to the surrounding heavier forest.
Leer más...
Más entradas