Cassin's Kingbird in Sierra Llorona, a report by Ken Rosenberg 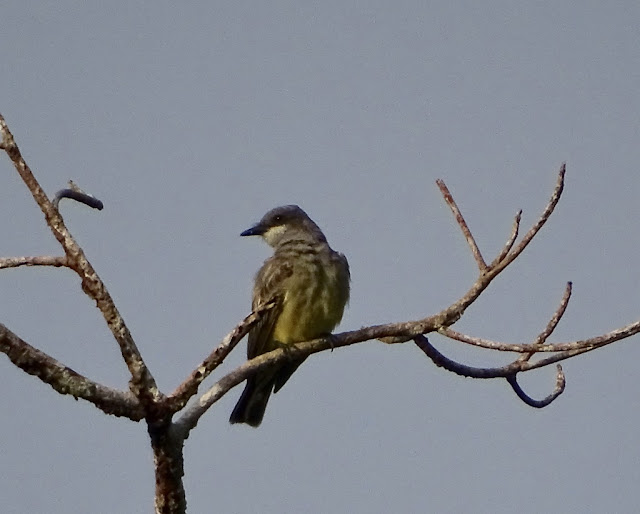 On October 20, while conducting migration surveys at Sierra Llorona in Colón Province, Pete Blancher (from Ottawa, CA) and I saw a distant, unusual-looking kingbird, snapped a few photos, and continued with our surveys. We were not able to relocate the bird later that day or on subsequent days in the same area. It wasn’t until we got back home and circulated the photos to other ebird folks (earlier today), that we confirmed the identity of this bird as a CASSIN’S KINGBIRD. Several Photos attached. I am about to update my eBird checklist from that day as well (Pete had already uploaded one of the photos as an odd Tropical Kingbird). 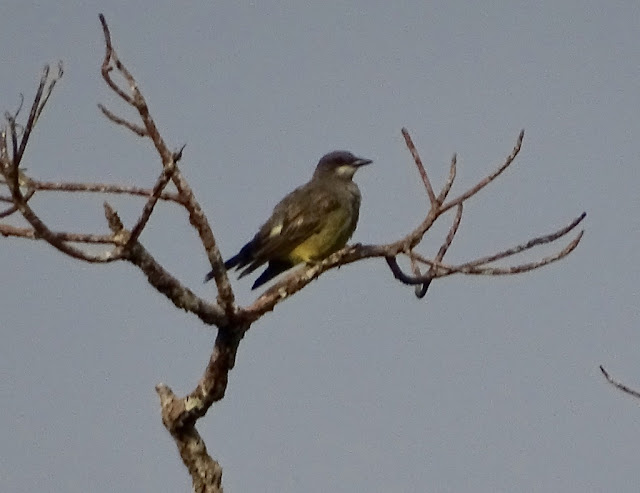 Cassin’s Kingbird breeds in the western United States and Mexico and winters mainly from Mexico to northern Central America, but has been reported as a vagrant in the Eastern US. A spectacular record of a species new to the Panama list, and possibly the first anywhere South of Nicaragua.
cassin's kingbird