- lunes, enero 19, 2015
Between January 6-9 a party consisting of Bill Adsett, George Angehr, Charlotte Elton. Dave Klauber, and Les and Cindy Lieurance visited Darien, birding mostly around Canglon, and Yaviza. The following are some of the highlights (with photos by Bill Adsett).

Pale-bellied Hermit. A few individuals seen on the El Salto Road and north of Yaviza on Jan 7. 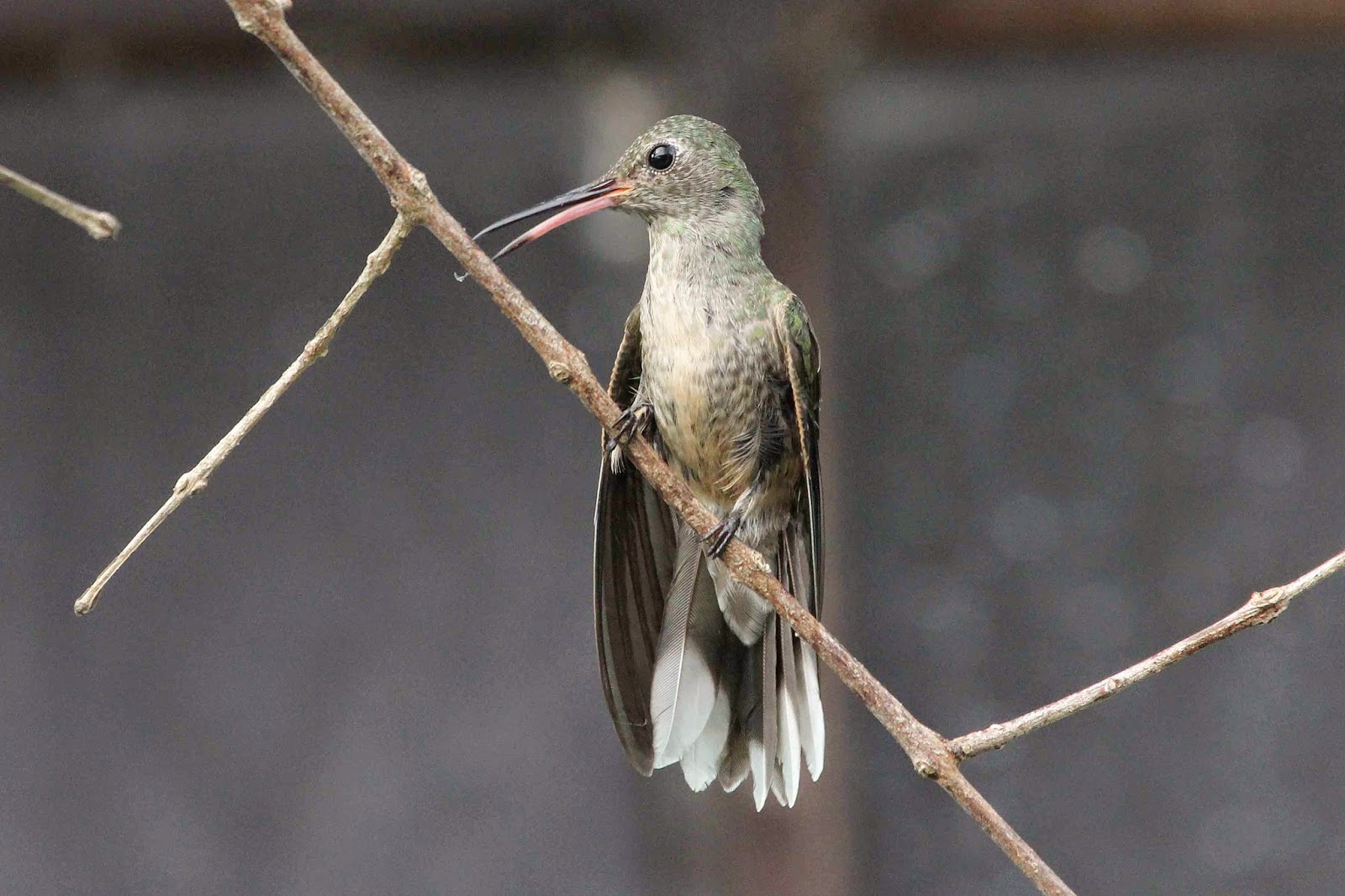 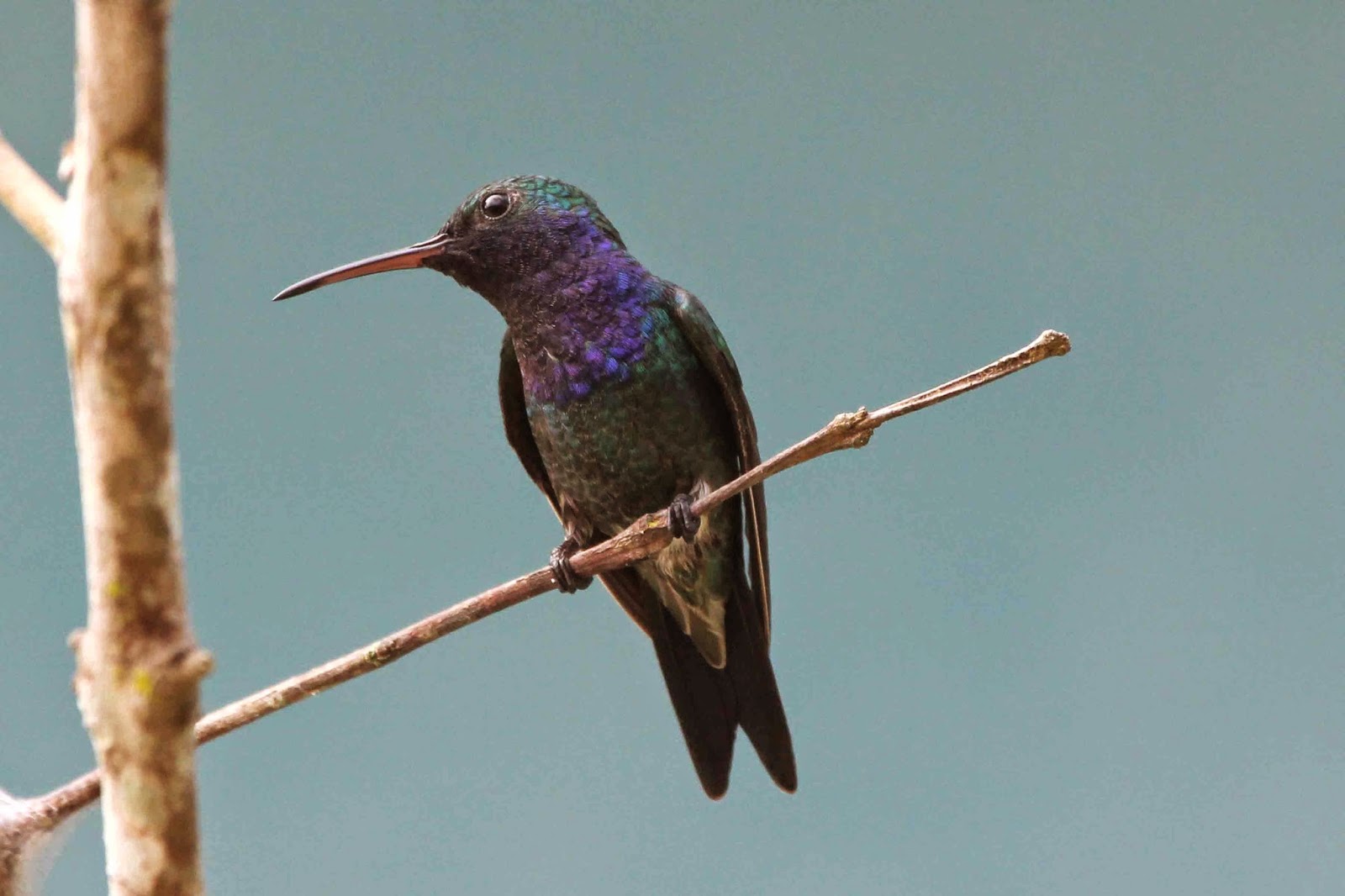 Spot-breasted Woodpecker. Two seen near Rio Iglesias on the afternoon of Jan 6. 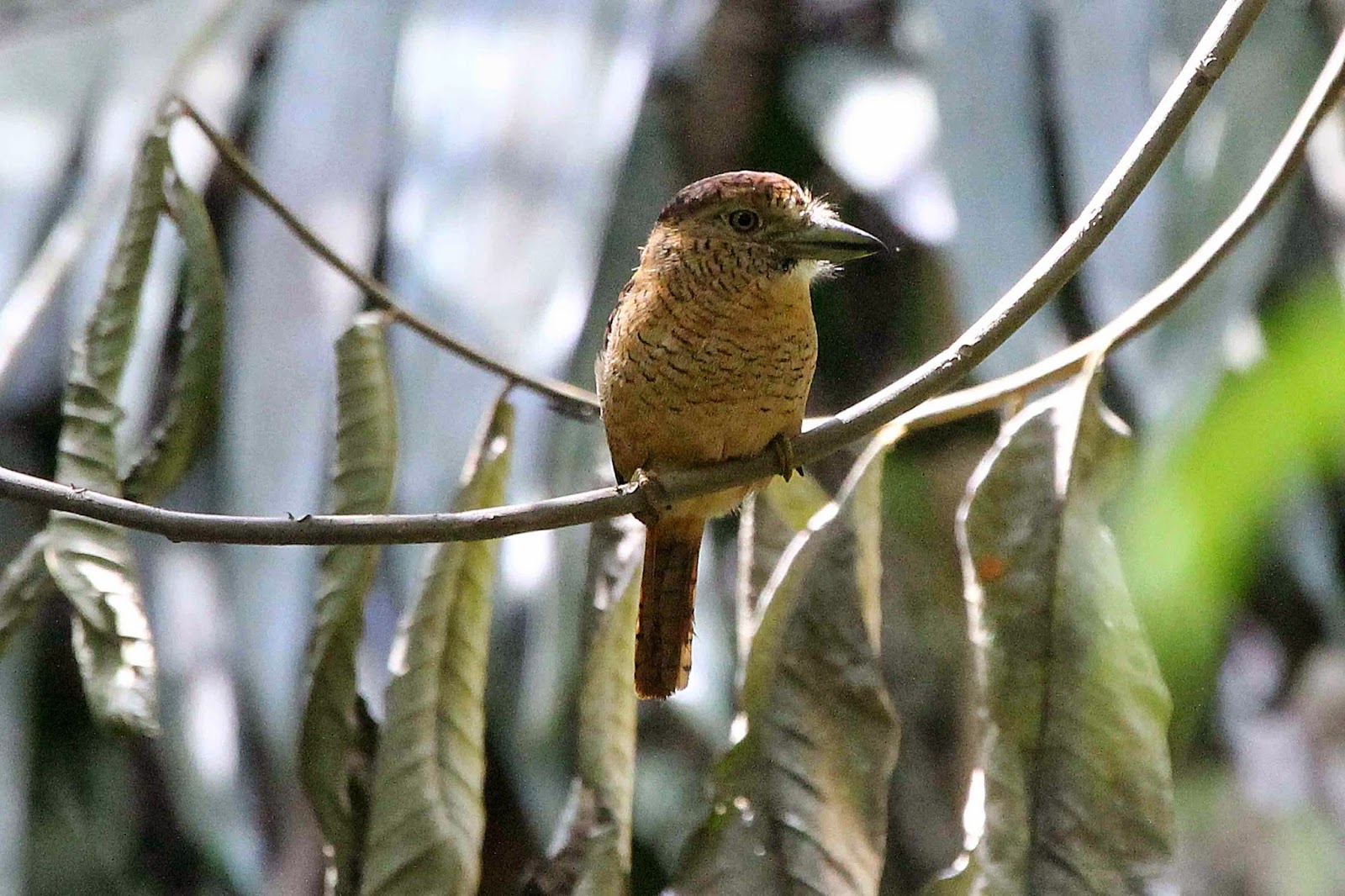 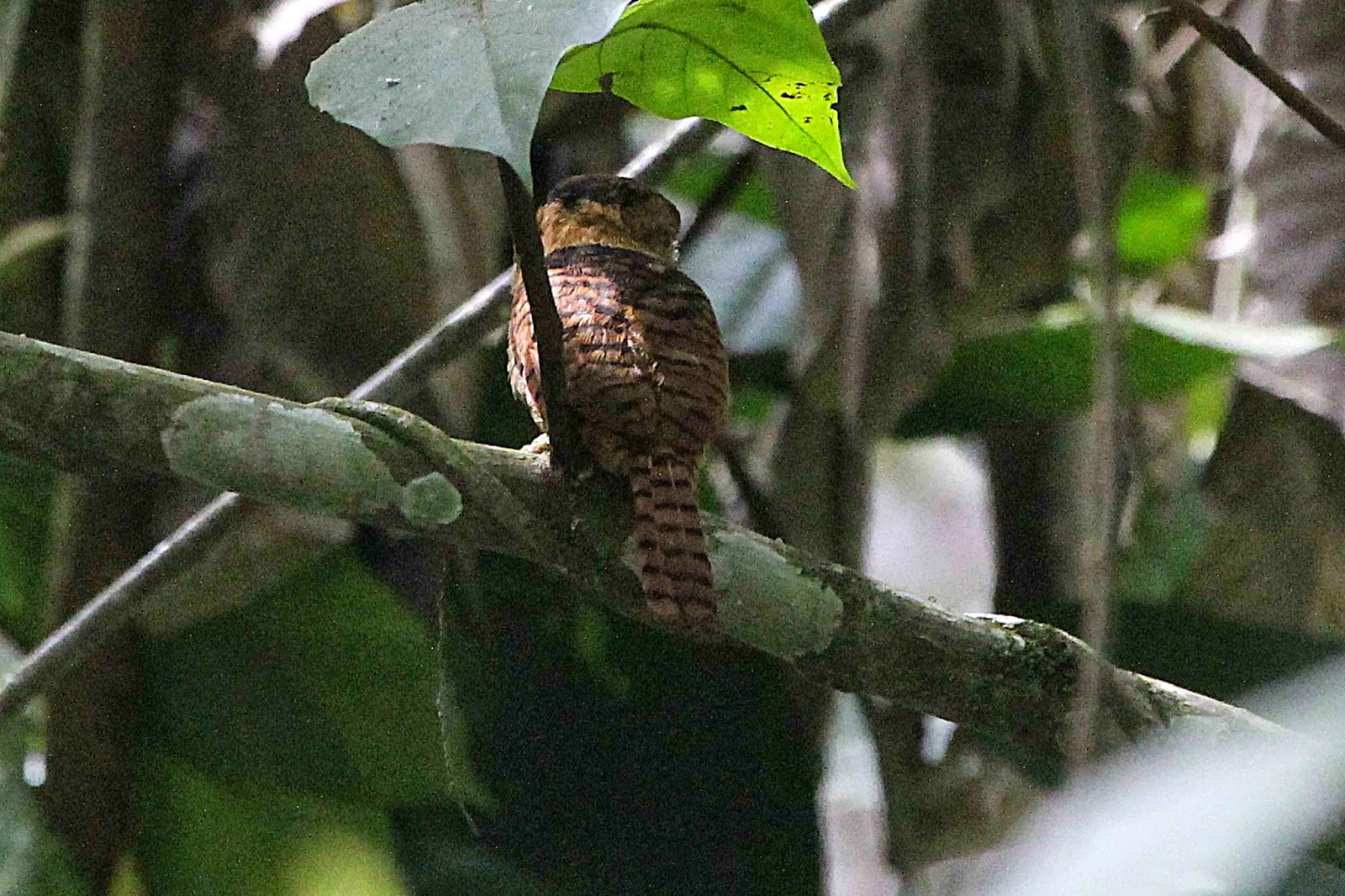 Blue-and-yellow Macaw. A flyover by three individuals on Jan 6 about 7 km east of Rio Iglesias, on the south side of the Filo de Tallo, in a mostly deforested area. It's good to see the species still persists here.

Spectacled Parrotlet. A pair was observed at close range for about 40 minutes as they ate Cecropia fruits along the edge of the road a few km north of Yaviza on Jan 8. 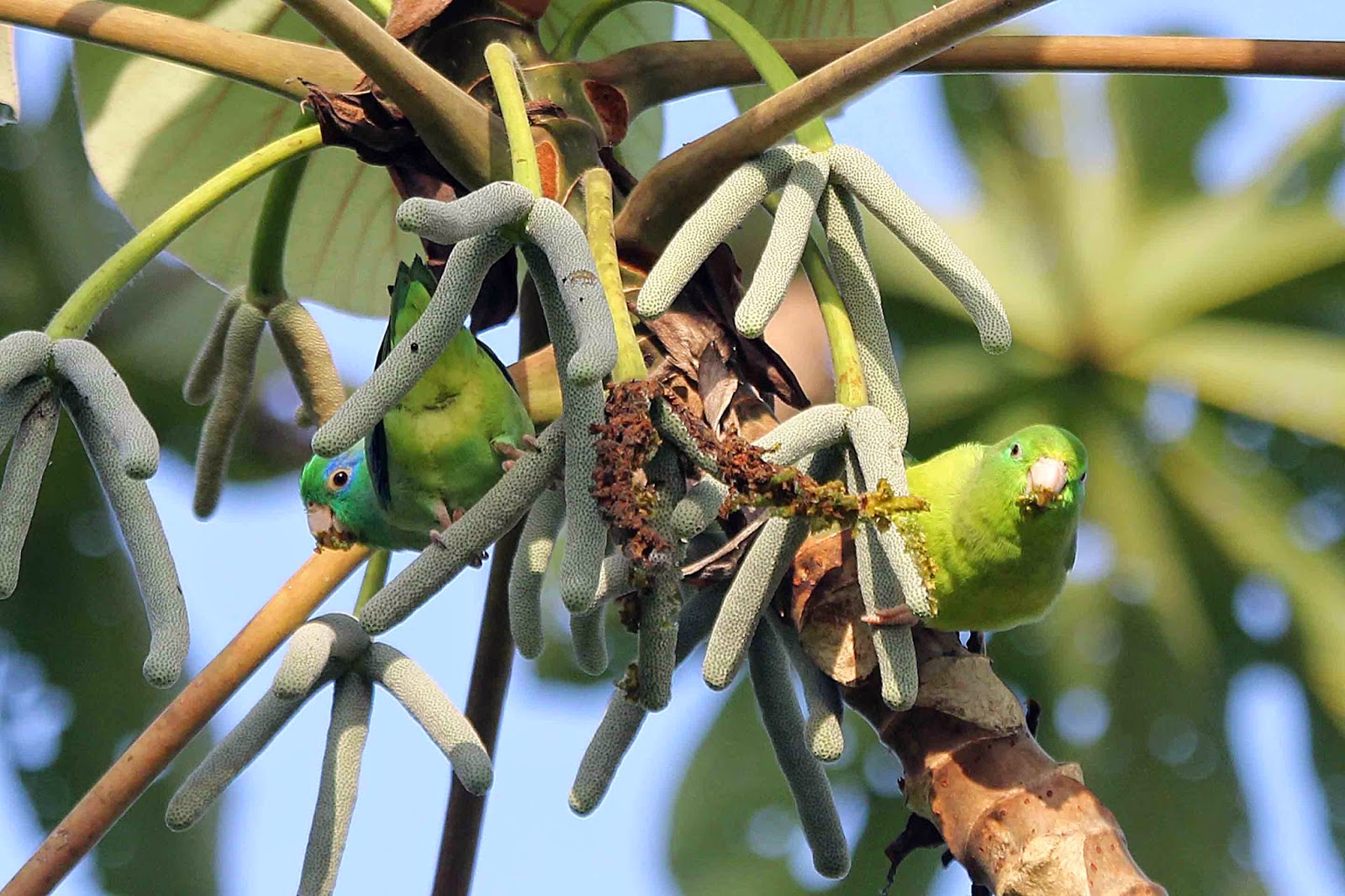 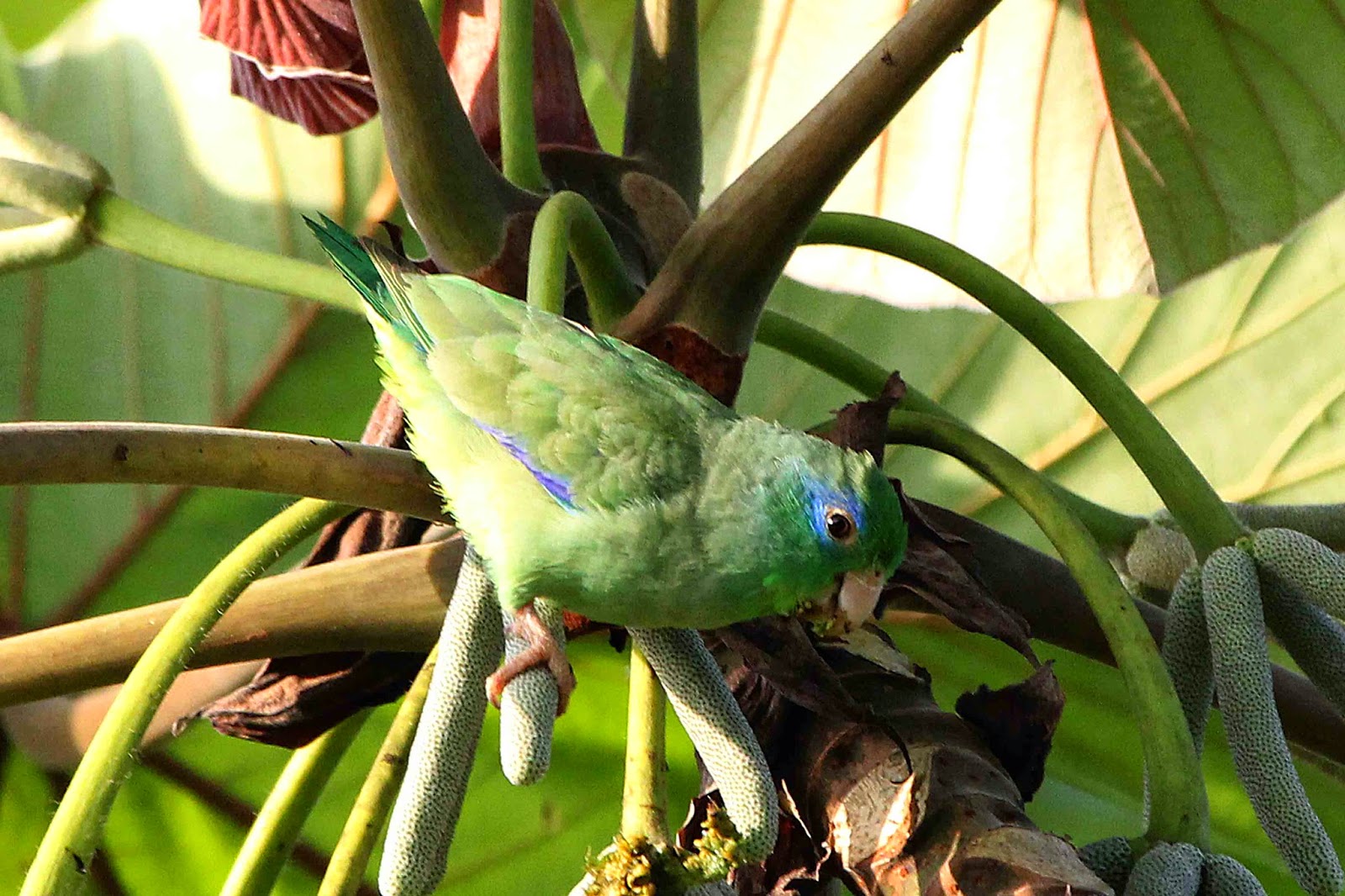 Double-banded Graytail. A pair seen at very close quarters during a brief stop at the Canopy Camp just before noon on Jan 9. Another was seen less well on the El Salto Road earlier that morning. 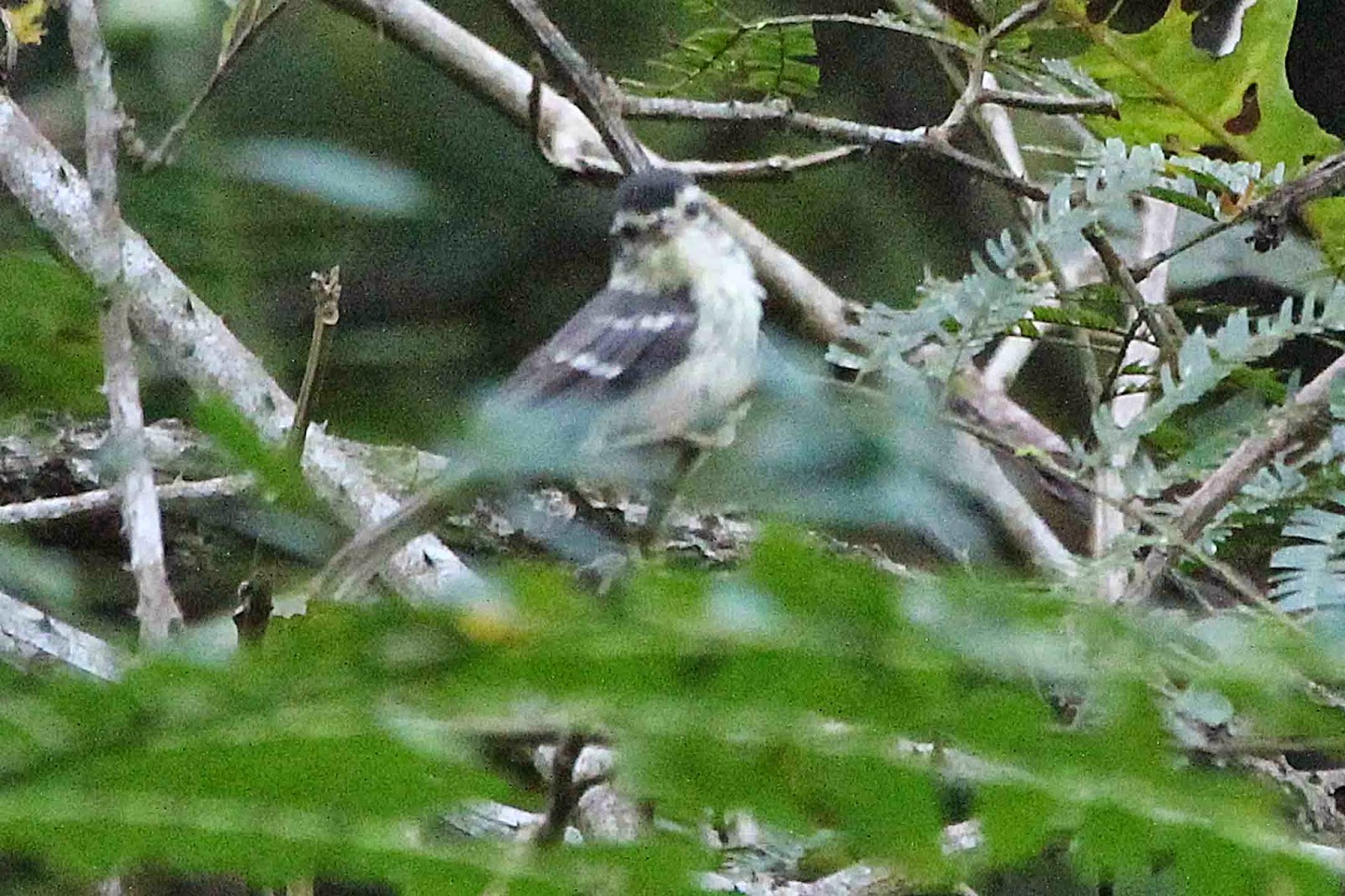 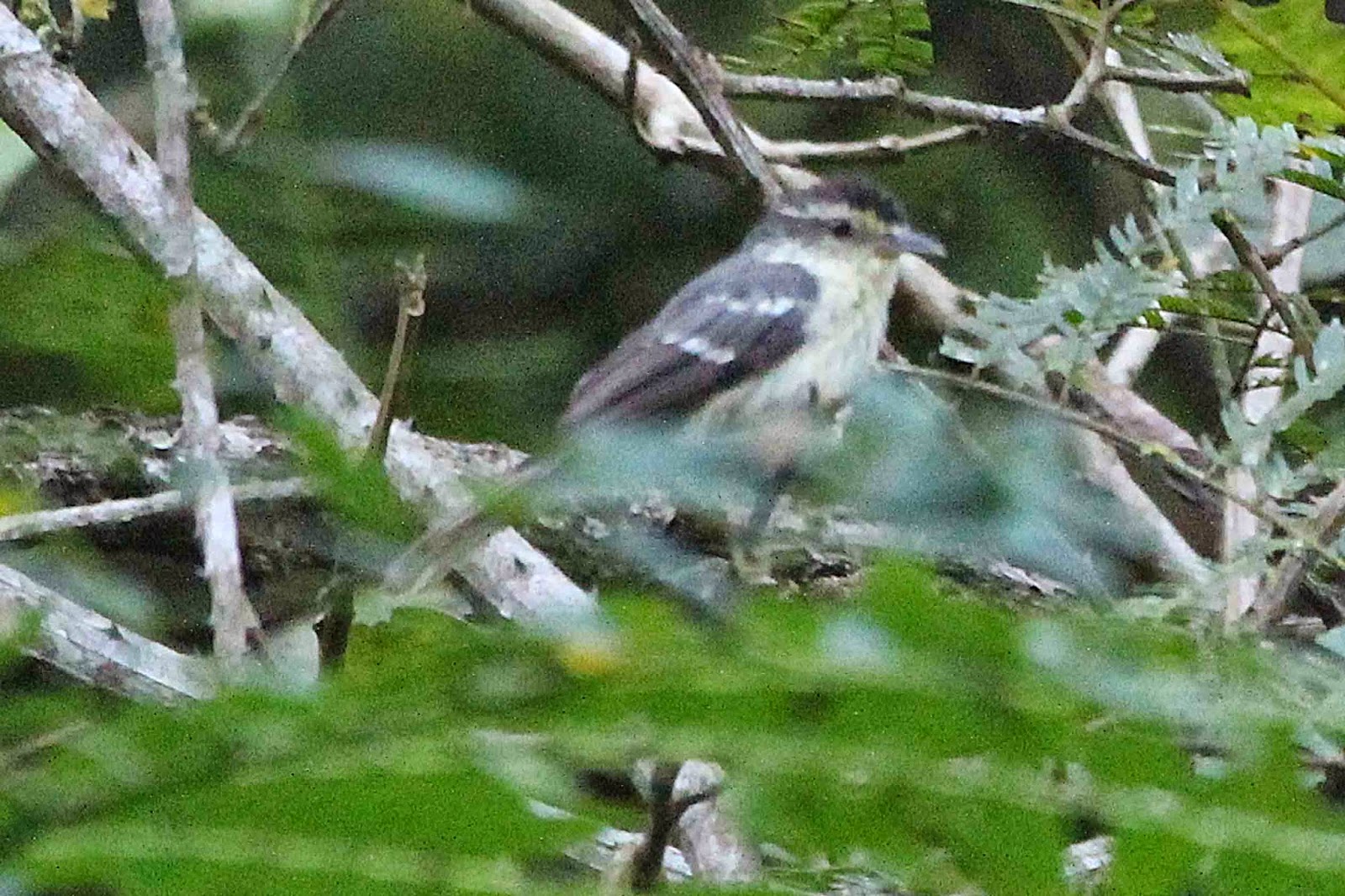 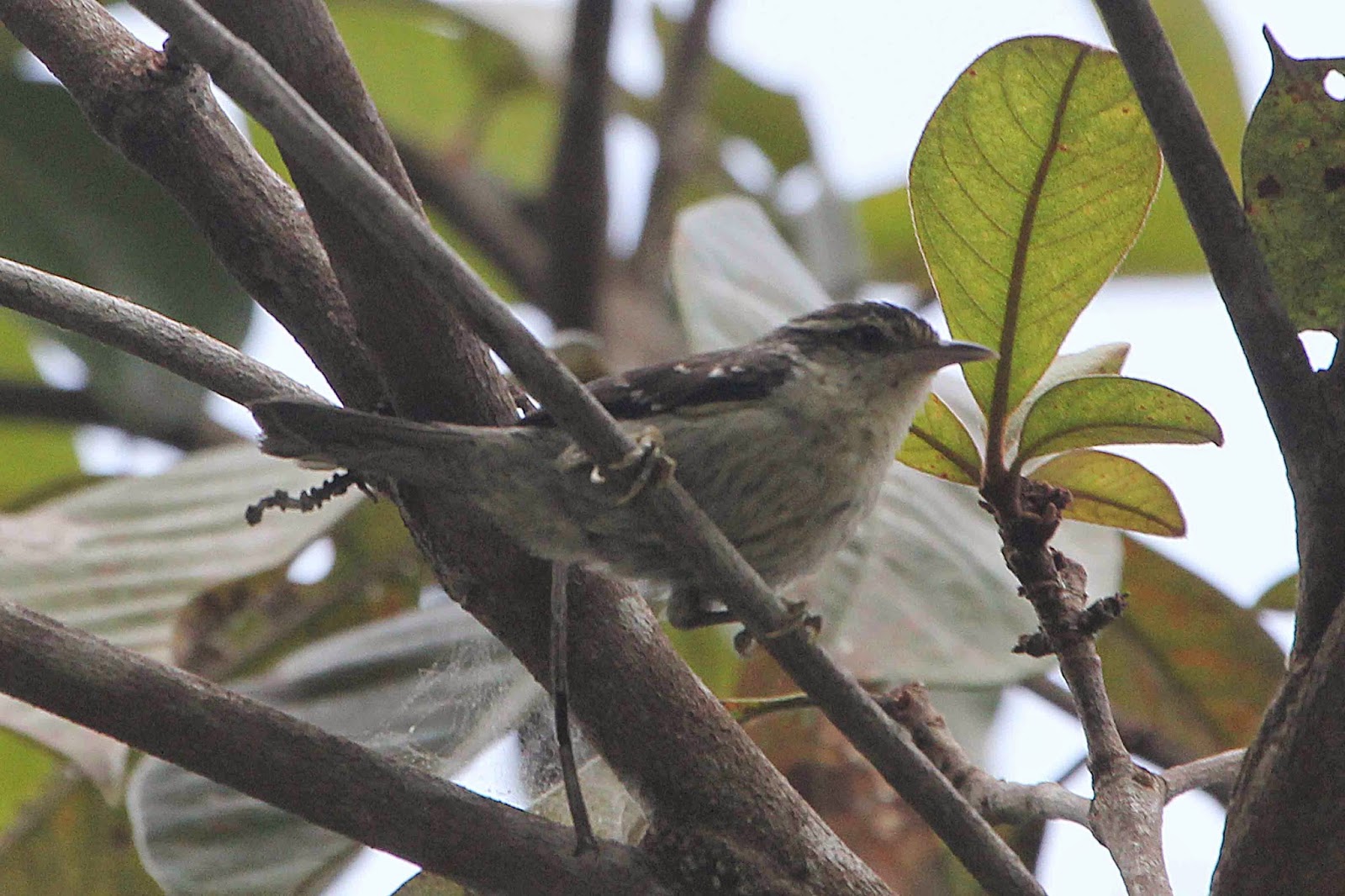 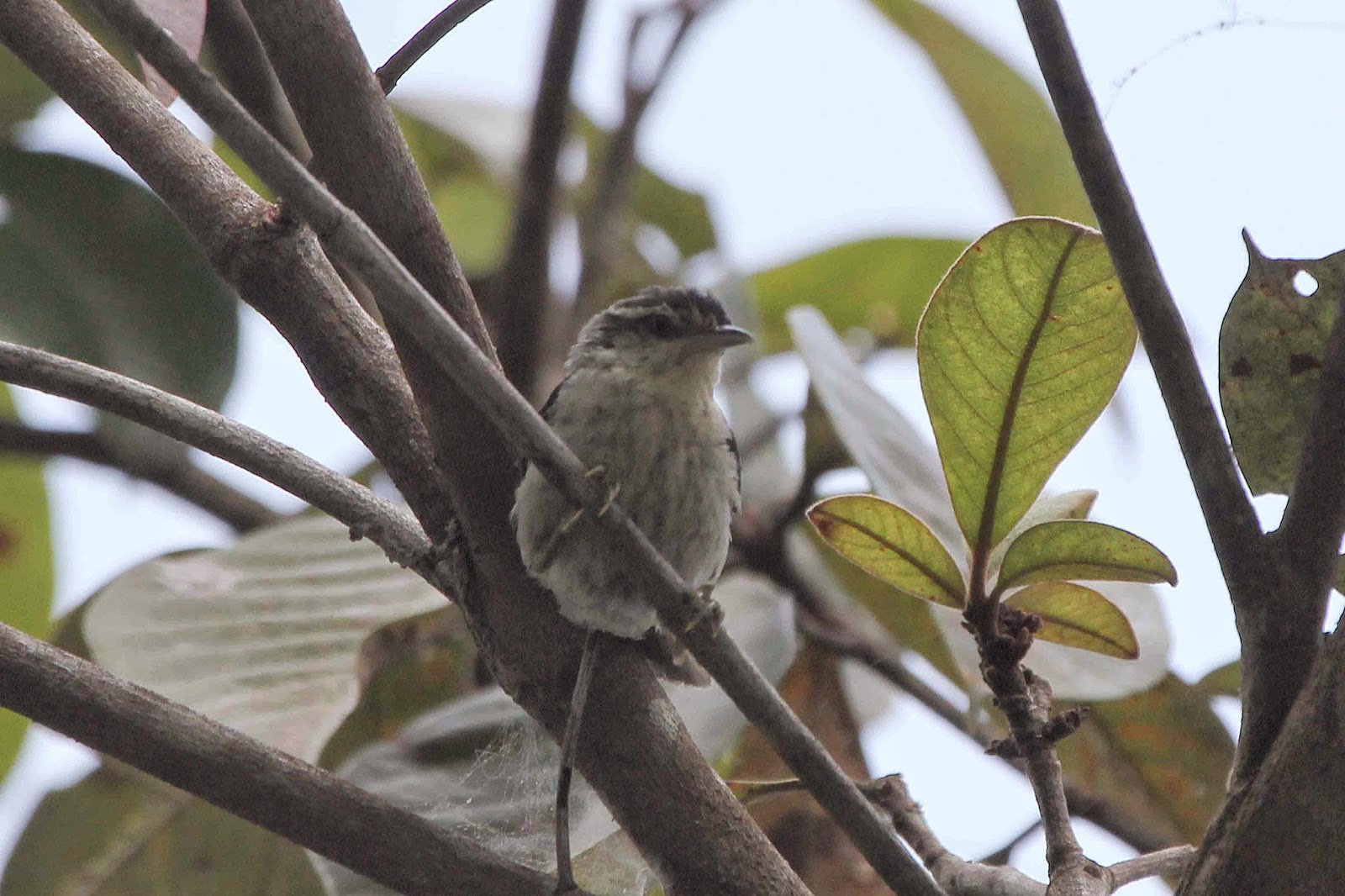 Black-capped Donacobius. Two seen very well in a marsh on a side road about 7 km north of Yaviza on Jan 7, and one seen again there by Dave there on the following morning.

Bicolored Wren. A pair allowed excellent views at the cemetery at Yaviza on the morning of Jan 9. Found by the Lieurances at about 8 AM, they alerted the rest of the party who had gone to the El Salto Road but were able to return and see them at 9. 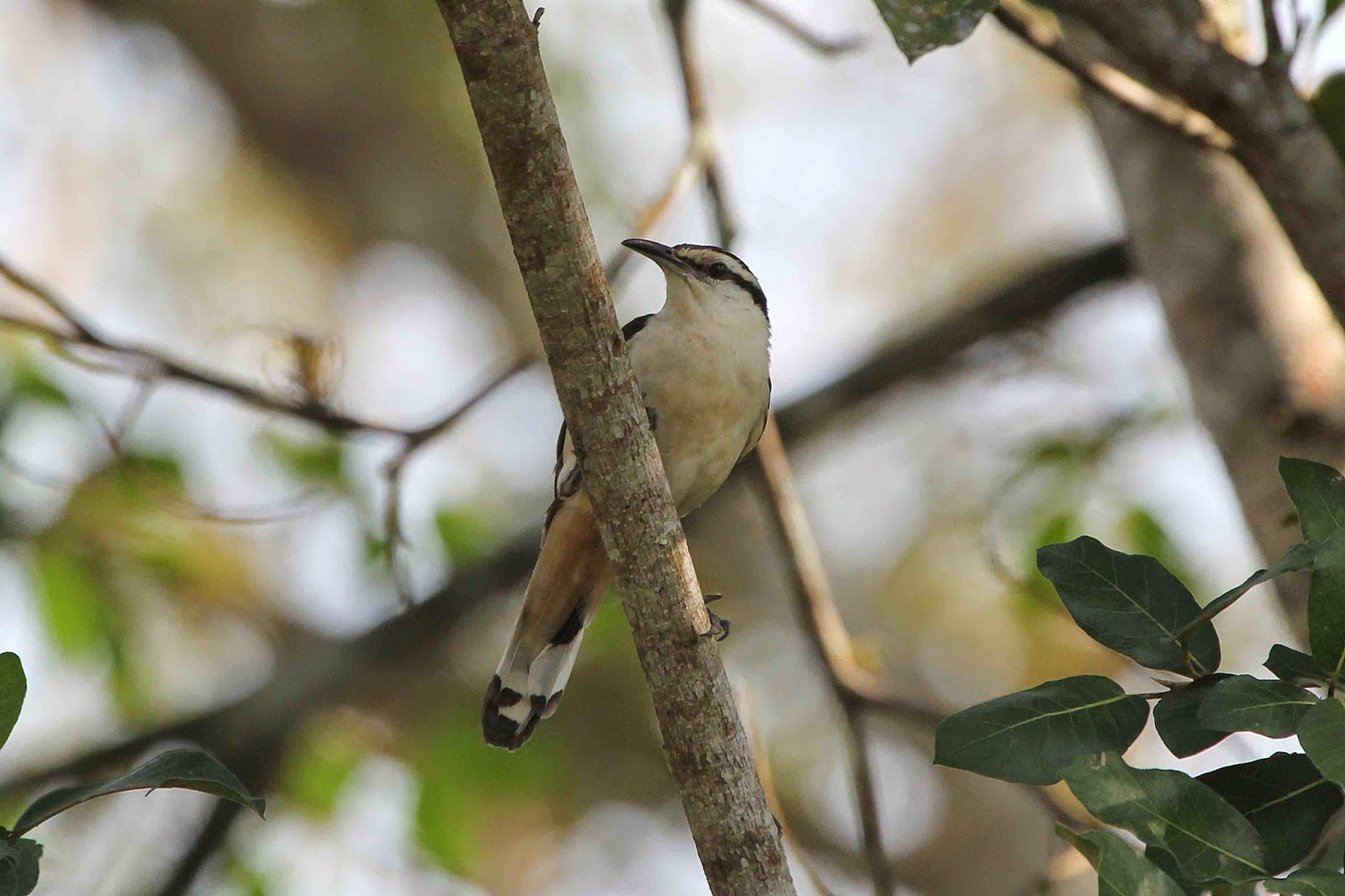 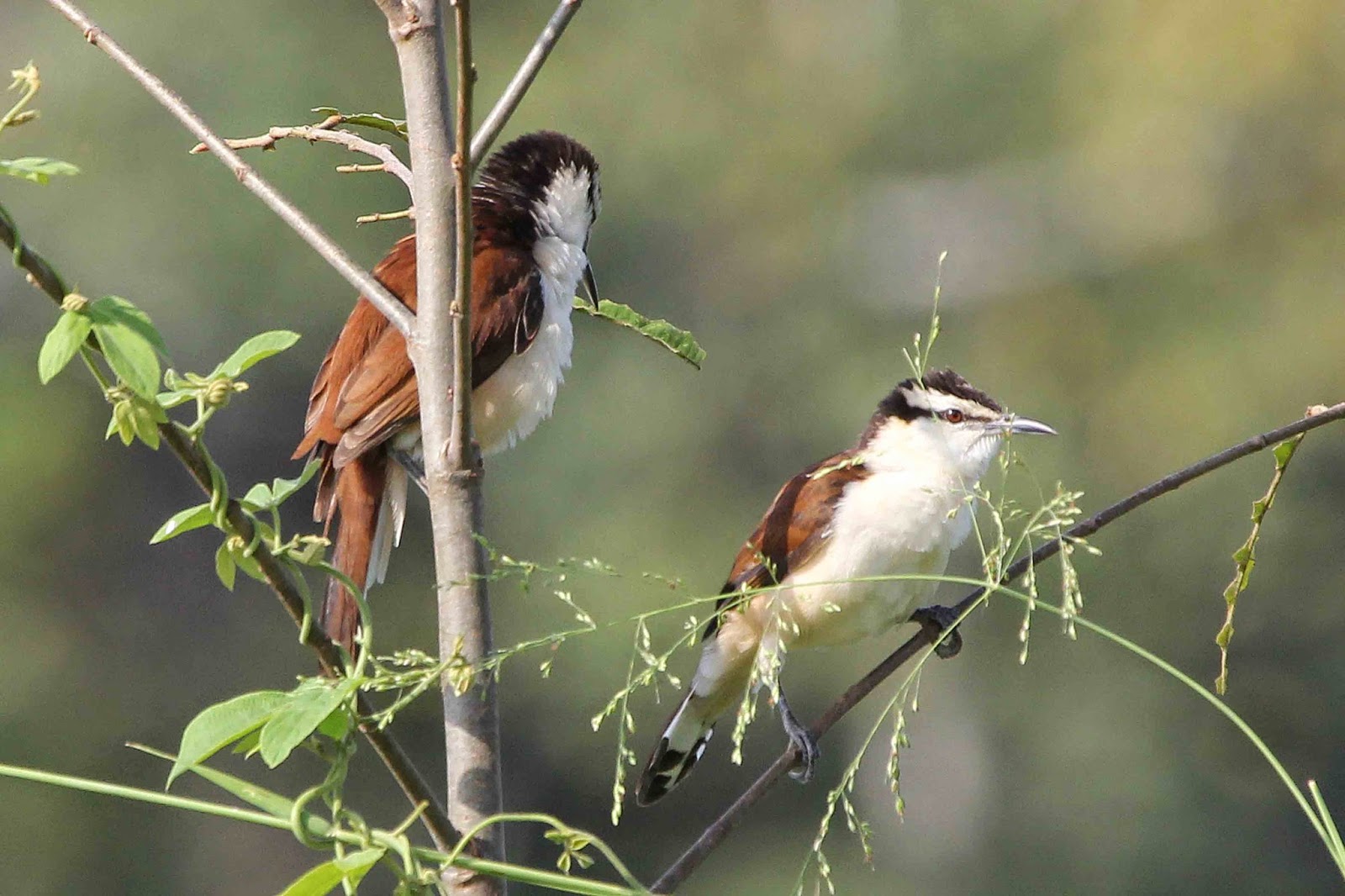 White-eared Conebill. A male at the Rio Mono bridge on the morning of Jan 6.

Black Oropendola. Great views of several birds at close hand several km north of Yaviza on the afternoon of Jan 7. Others were seen near the side road where the Donacobius were found the same day, and another by Bill on the following morning.
barred puffbird bicolored wren black oropendola blue-and-yellow macaw donacobius double-banded graytail gray elaenia scaly-breasted hummingbird spectacled parrotlet white-eared conebill