Black and/or White-chinned Swifts in Chiriquí

On April 30, Eric Horvath sent in the following photos of Cypseloides swifts taken in Caldera: 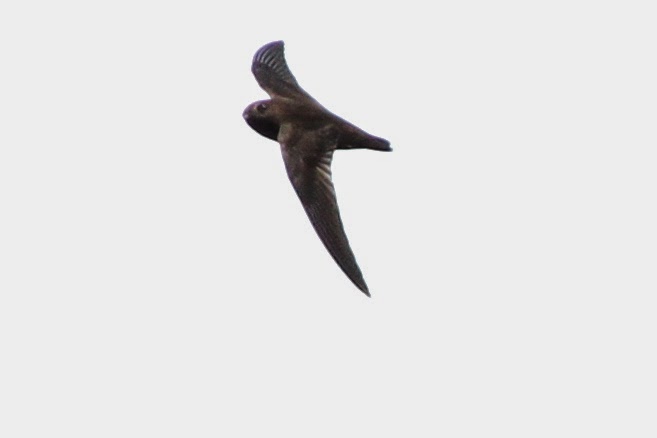 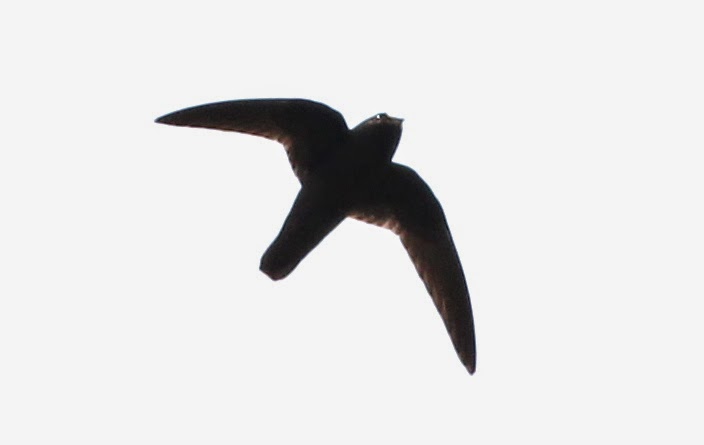 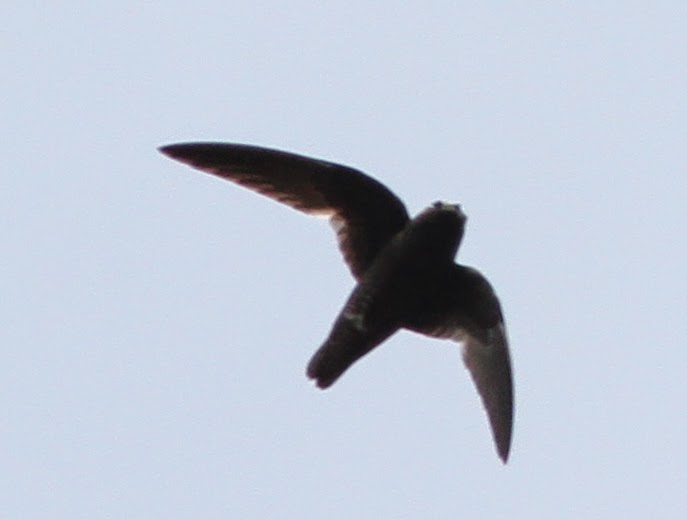 Intriguing as these may be, on May 6, Craig Bennett sent in an even better record: 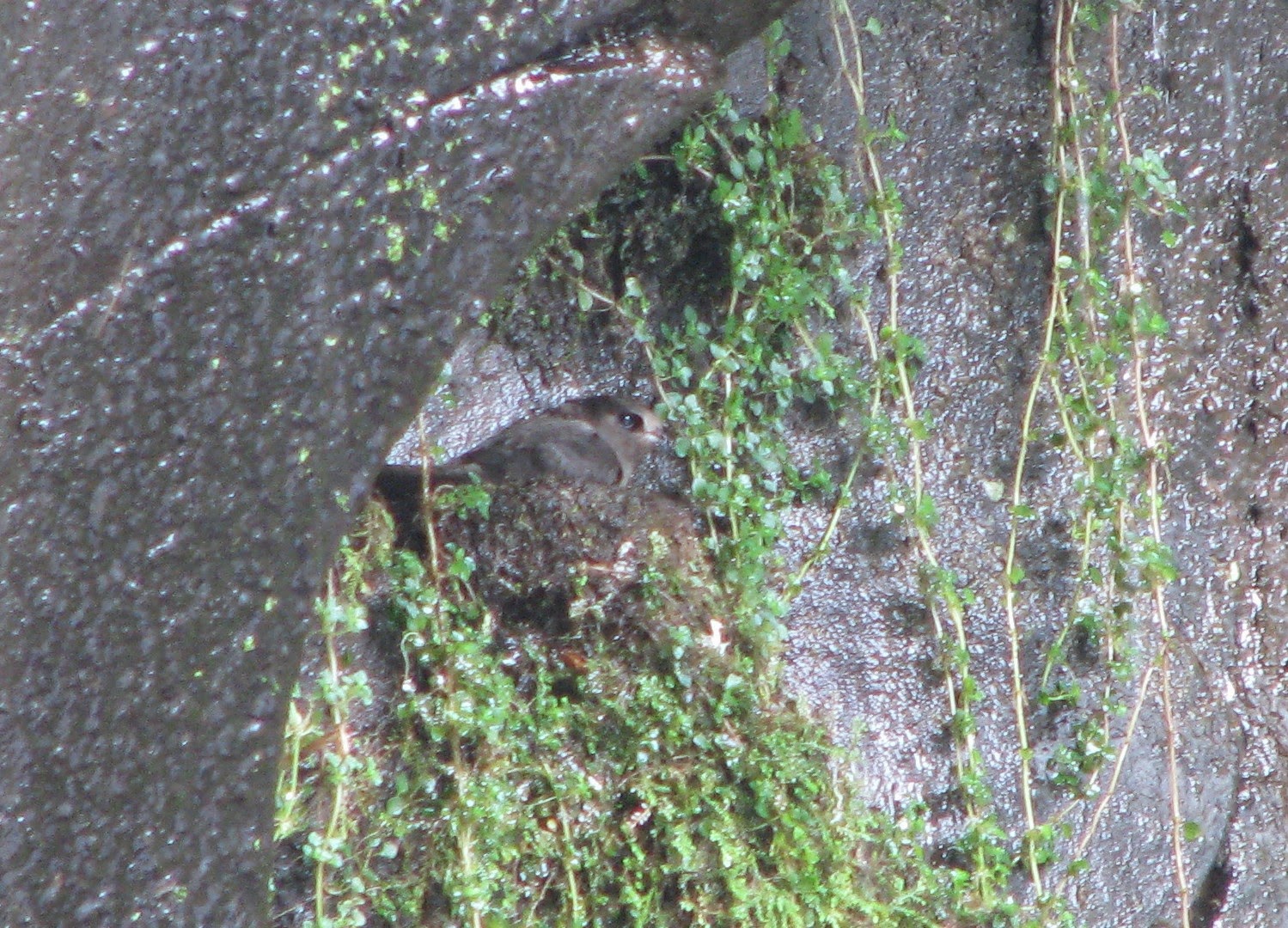 The attached photo was taken by me yesterday at a waterfall in the Boquete area. The nest is located behind the veil of the falls under an overhang. After looking at the local field guides and Chantlers book on Swifts, I'm confident that this is a nesting Cypseloides Swift. It's too early in the nesting season for it to be an immature bird, so it must be an adult. And because it's an adult I've ruled out Chestnut-collared and White-collared Swifts for obvious reasons. It would appear it must be either Black Swift or White-chinned. Do you have any thoughts about what species this is?
I began looking for swifts when a good friend, Eric Horvath - who has been researching Black Swift nesting in the western US (documenting the first Black Swift nest in Oregon), while visiting last year, speculated that Black Swifts might nest in western Panama as well. So we've been checking a few of the more easily accessed waterfalls around the Boquete area over the last two nesting seasons. This year we've gotten our first photos, this one that's attached being the clearest so far. Eric circulated an earlier photo taken in the same area to fellow swift experts who felt the photo was of C. cryptus. So we are currently leaning in that direction. Knowing the scarcity of documentation for either of these species in Panama, we thought you would be interested in this sighting.

Consensus about the nesting bird leans towards Black Swift based on the amount of white on the forehead and eyebrow. What do you think?
black swift white-chinned swift