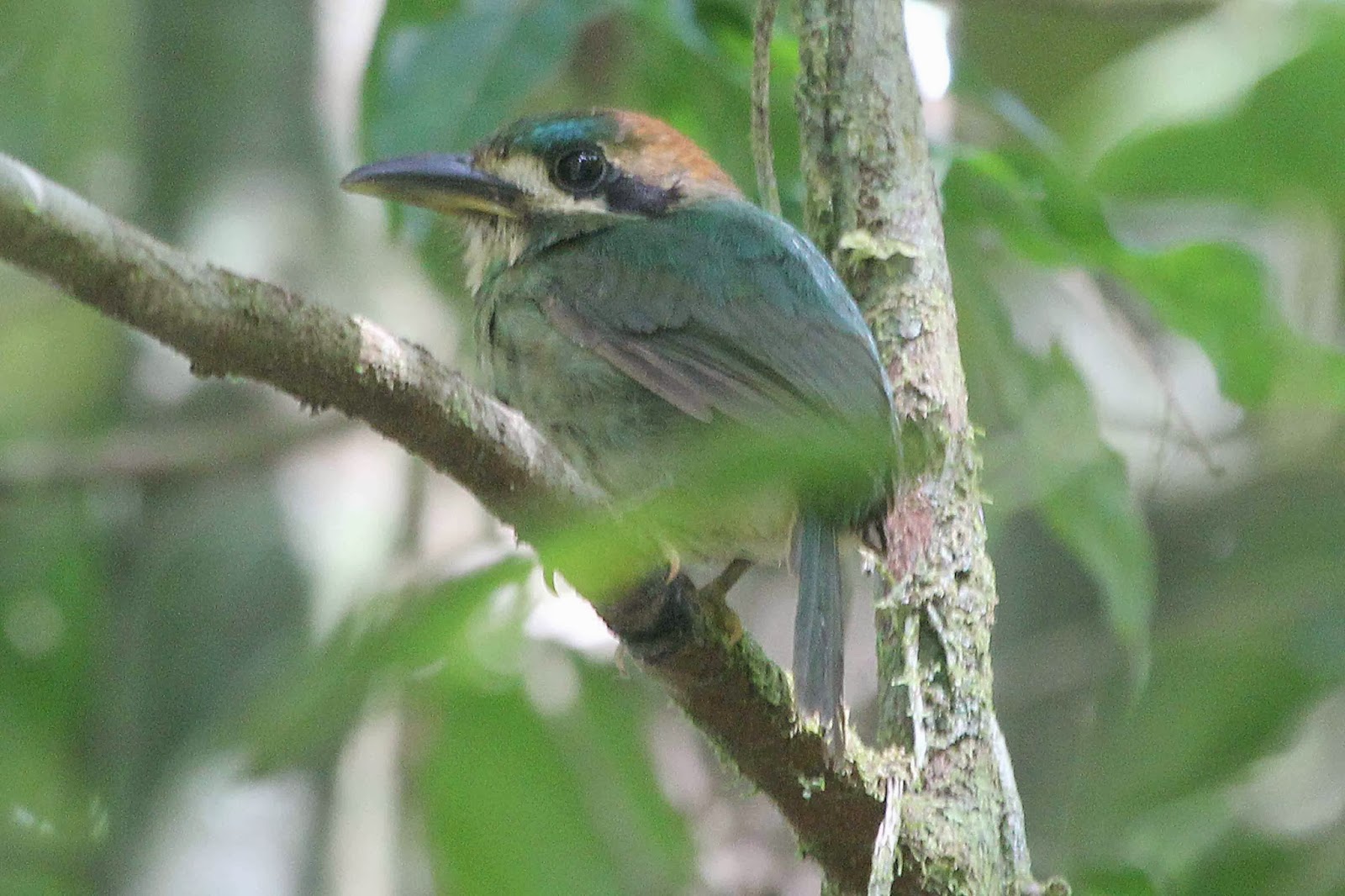 On the morning of Wednesday, January 29, Kent Livezy found a Tody Motmot at Calle Maipo. Since then, it has been seen at the same area a number of times. It has been about 75-100 m down from the trailhead, on both sides of the trail. 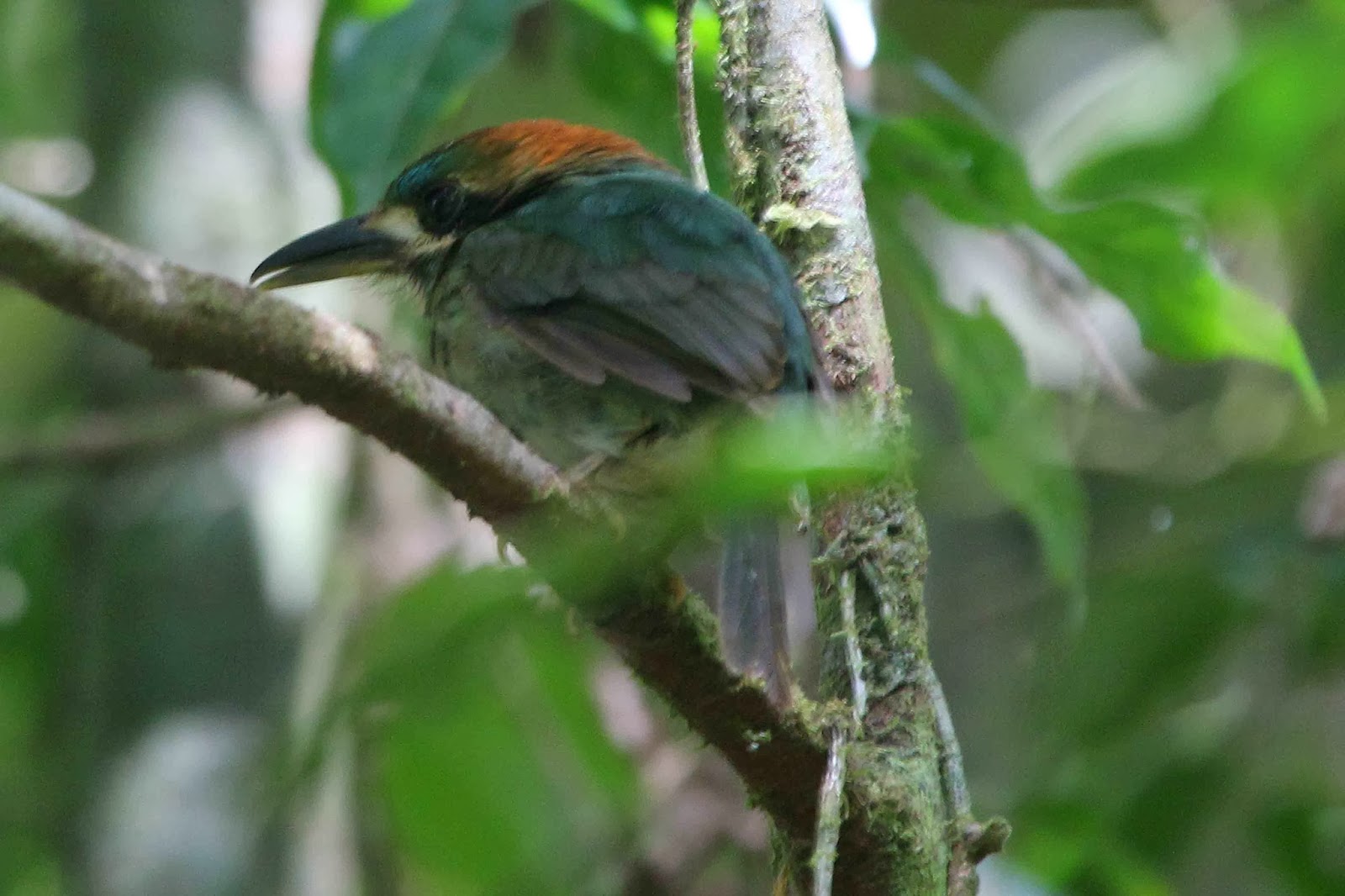 
Found the bird! I waited for ages at the right place but apparently at the wrong time. Walked the rest of Calle Maipo, walked back and heard it call at the right place just once! It flew briefly from its normal habitat of dank undergrowth up into a small tree, and I got photos. Thanks again. This only the second time I have seen this bird — ever. The first was in Cana, where it sat stolidly in a dark corner and we could not even see the colour on it.

On the morning of Sunday February 2, Cindy and Les Lieurance and Judy Miller (visiting from US) photographed it at the same area, in the first steep section on the left side of Maipo. The bird called once in response to a single playback. 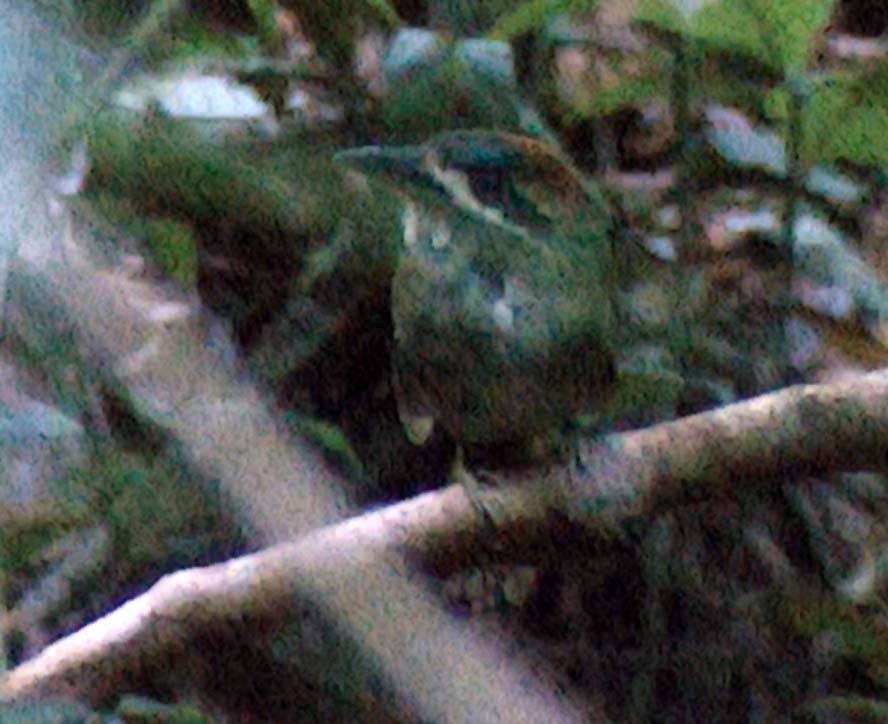 In related Cerro Azul news, Bill and Claudia Ahrens advise that Slate-colored Seedeaters are around the area. Bill Adsett:

We have an extensive patch of bamboo at our house and upon investigation I found a pair there today, and got photos of the male. The bamboo is at the far end of the clearing down the slope from the terrace on the left of the house. The male responded to my tape from the Damani Wetlands, and made another call which I recorded and shall put on Xeno-Canto. I took photos and made a very shaky hand-held video of the male calling, to go on the Internet Bird Collection. 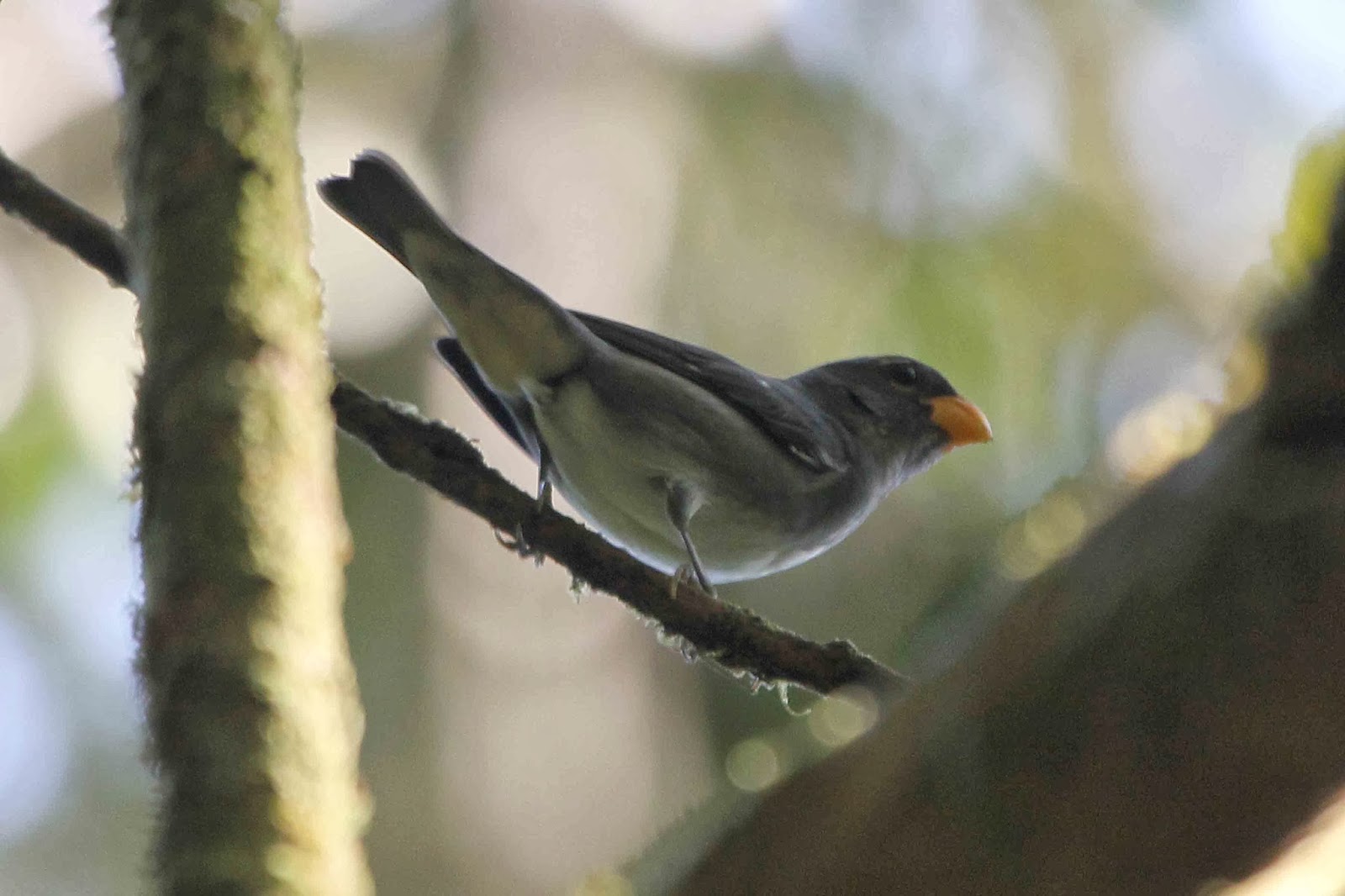 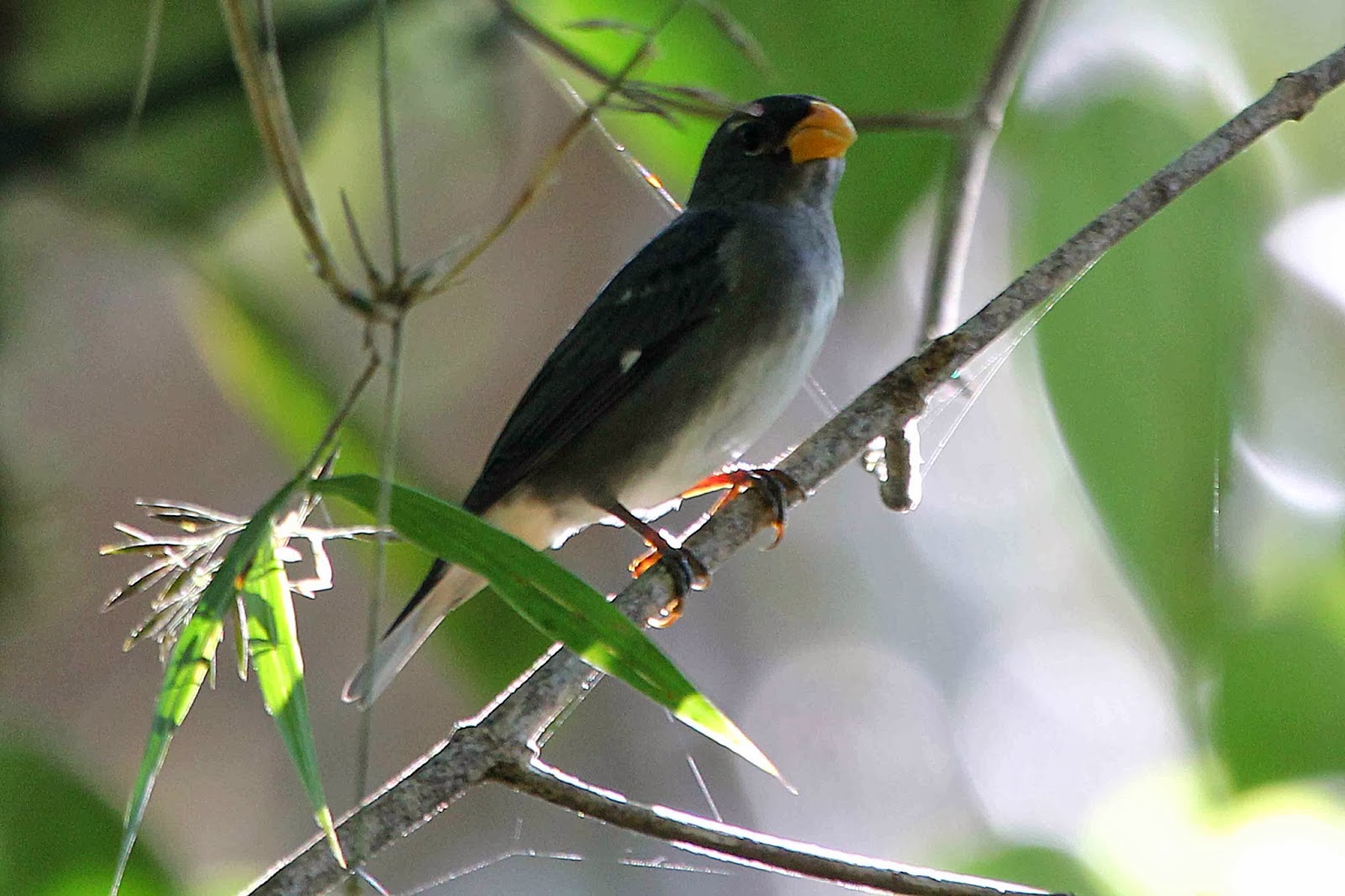 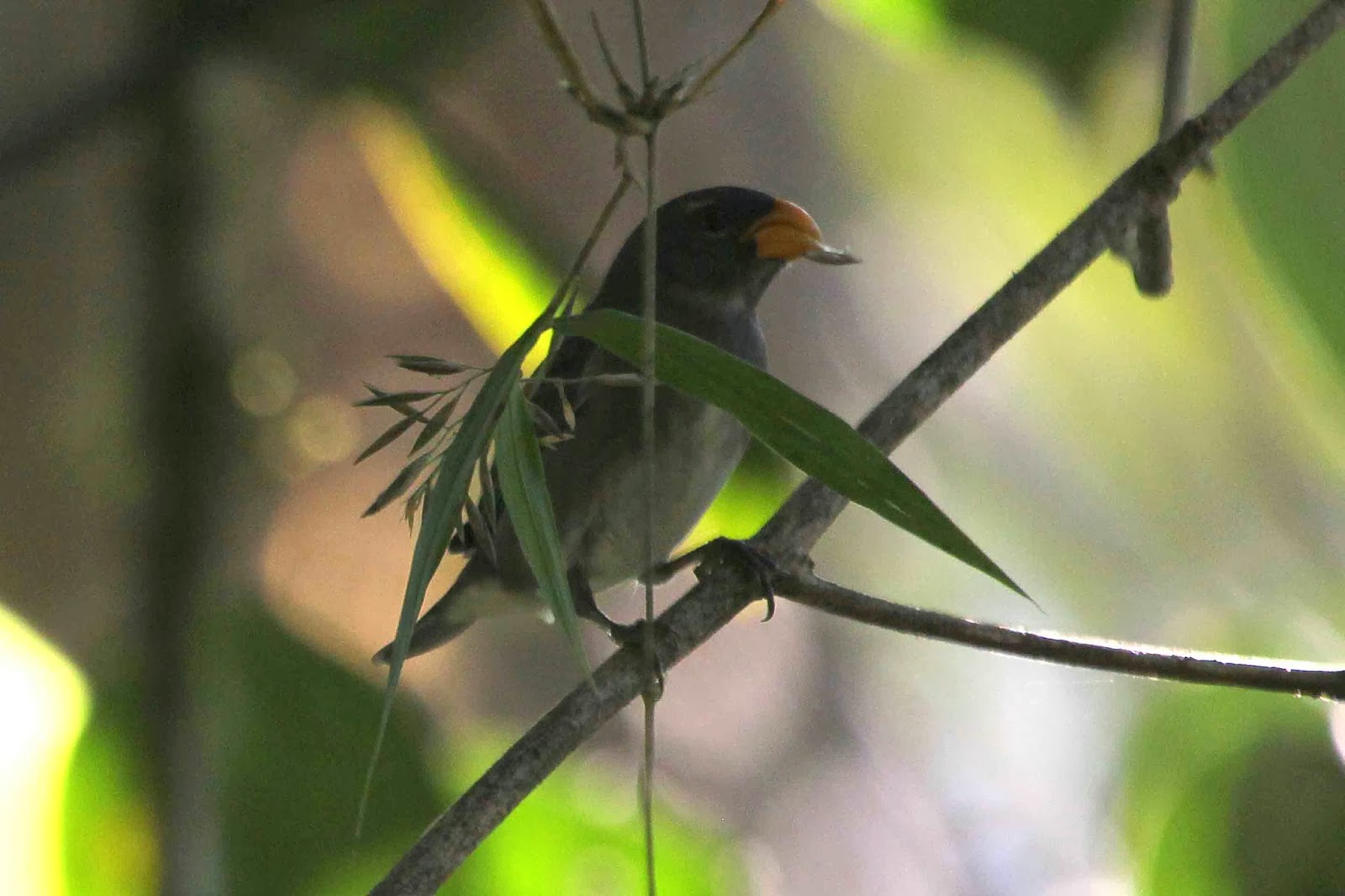 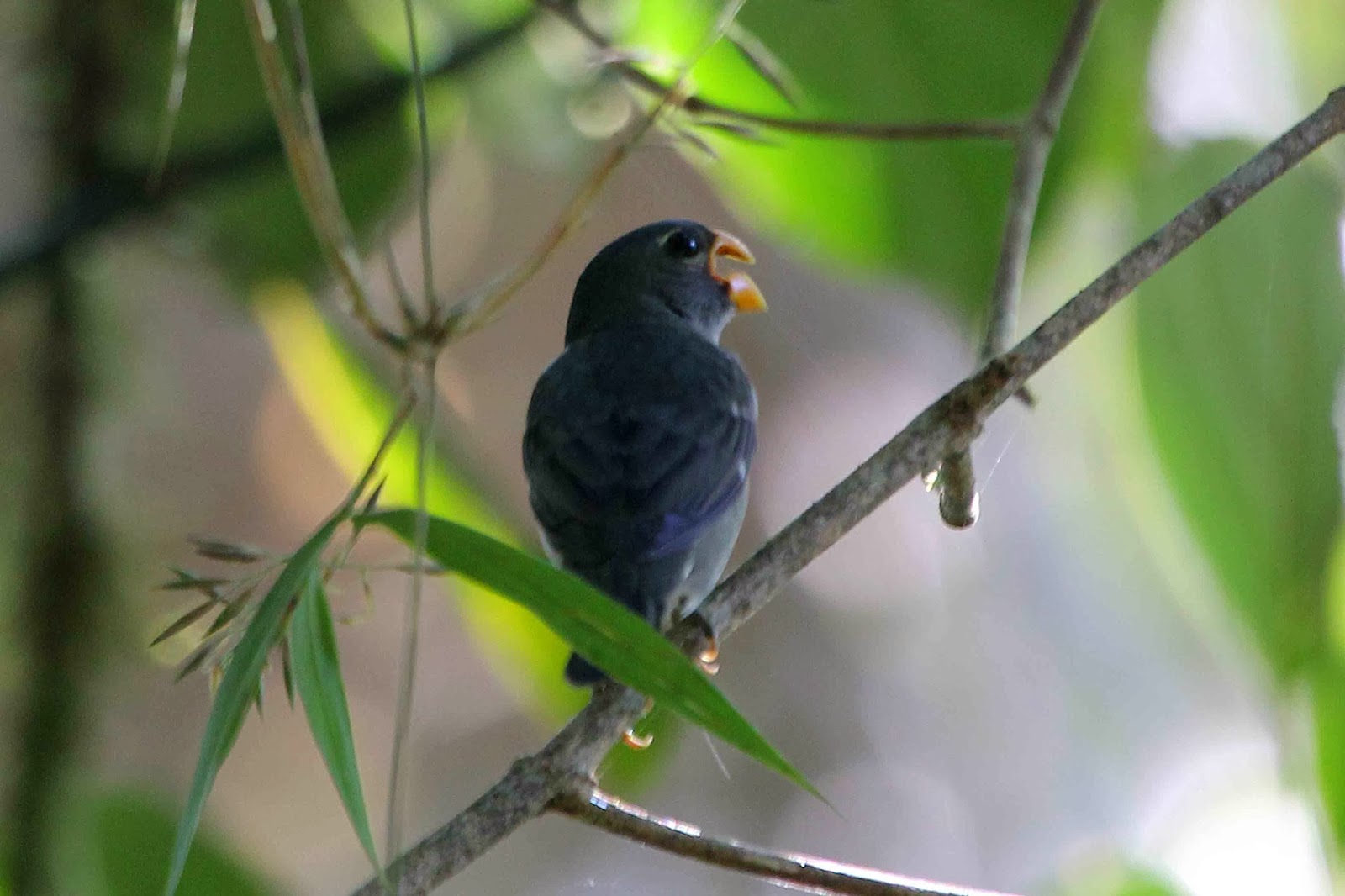