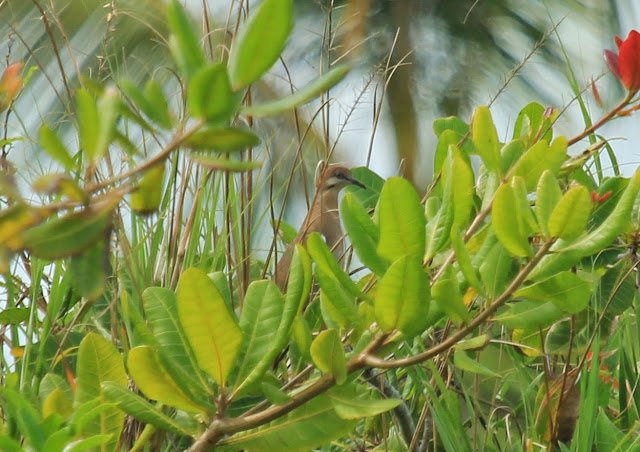 On the morning of the 27th of September Ramon Fernandez and Natalia Decastro photographed this White-winged Dove near the limits of the Refugio de Vida Silvestre Playa La Barqueta. The bird was seen flying and landing in a small bush, in an open area, relatively close to the beach. The vegetation around the area where we saw the White-winged Dove was predominantly icacos (Chrysobalanus icaco). This is the first Chiriquí record of this species, usually found on the east coasts of the Azuero Peninsula.
In addition to this very unusual encounter we had some really nice view of Wood Storks (3 on the 26th and 4 on the 27th), some Ruby-throated Hummingbird, an American Kestrel and a Laughing Falcon.
white-winged dove