- domingo, febrero 03, 2013
Here are a few observations from the last weeks. I have been travelling a bit, so they are all over the place.

- When returning from a mission in Chanati on 25 January, I saw two Muscovy Ducks on the Cucunati river (South of Santa Fe - Darien Province) about 1 km downstream of Cucunati village.

- On 29 January we found Orange-collared Manakins displaying in the secondary forest on the farm of Juan Velazques at the foot of the Cero Hoya. One of the group also saw three Great Green Macaws fly over. In the afternoon we found Veraguan Mango feeding in the Erythrina lanceolata trees in a fence line near Las Flores. 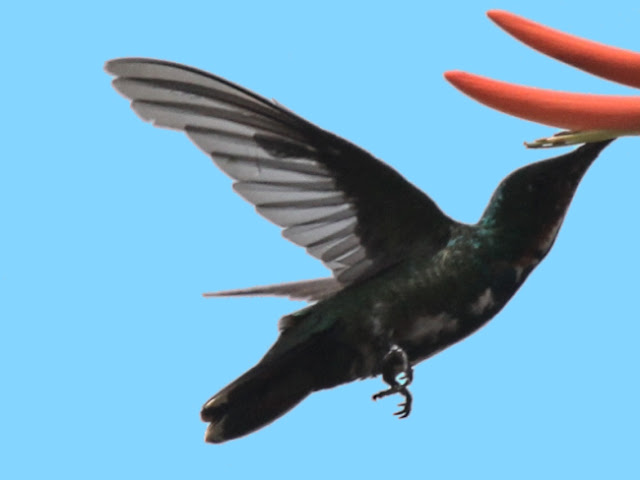 - On 31 February we had a female Ruby-throated Hummingbird feeding on porterweed (Stachytarpeta sp) in the garden of Hotel Heliconia (8 km south of Mariato, Veraguas).

- We still see Northern Jacanas and Wattled jacanes feed together on a small catival near the Quebro river.