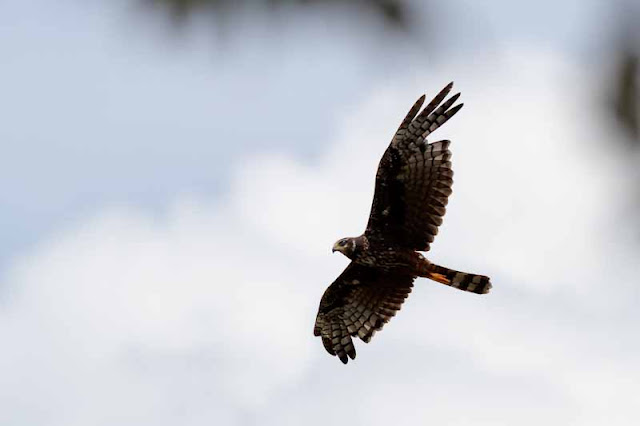 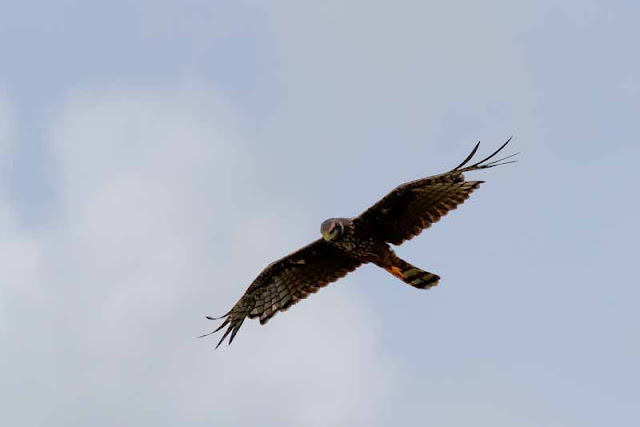 Comparing the photos with the poor illustrations of the species in South American field guides, and having never seen the species ever, I'd say this is a young dark morph adult (fide the few pale streaks in the underparts). 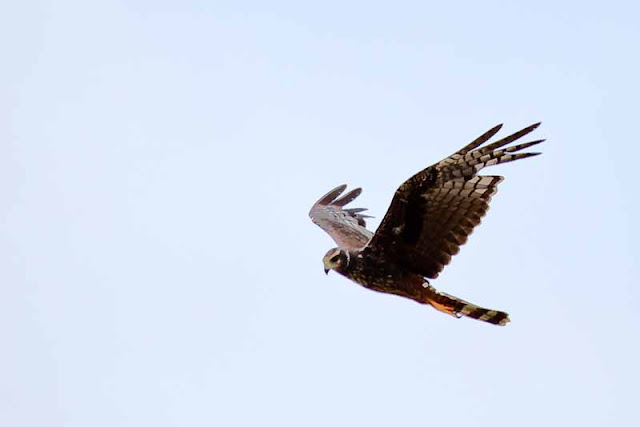 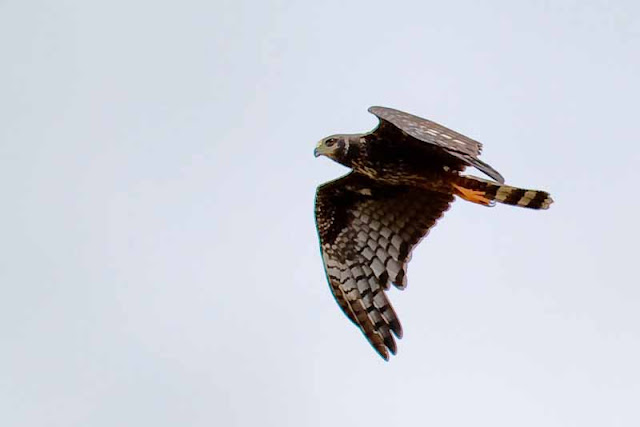 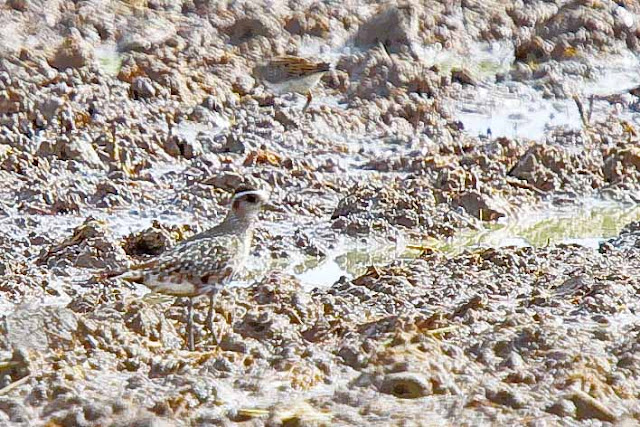 They also had this American Golden-Plover at the same location and later encountered a Northern Harrier in El Coco, for comparison. 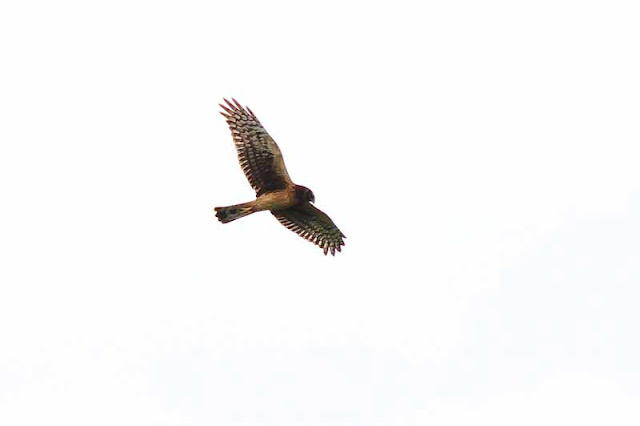 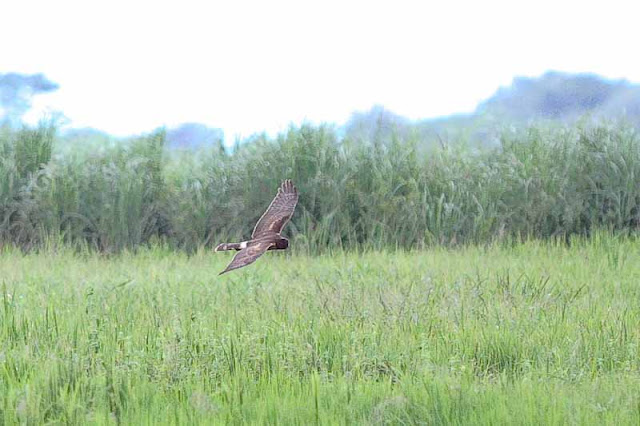