Gray-hooded Gull in Panama Viejo, a report by Leslie Lieurance 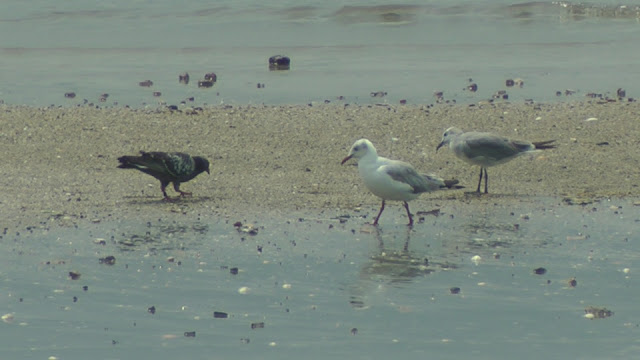 Bob Behrstock, Cindy and I were standing close to the visitor center at Panama Viejo looking through the birds brought in by the high tide around 11 am on Friday the 13th. Cindy looked in the direction Bob was looking when he asked for the scope and saw a gull with red bill and legs. Very quickly Bob said it had characters consistent with Gray-hooded Gull which he has seen in Ecuador. Cindy and I have never seen this species. It had a more rounded head and was more robust looking than the few Laughing gulls present. Behind the light eye there was a black smudge on the edge of a faint dark hood which ran up around the crown. In flight there was a white slash across the dorsal black primaries. The underwing was dark. Bob pointed out the nape was white while the few Laughing Gulls present had gray napes. 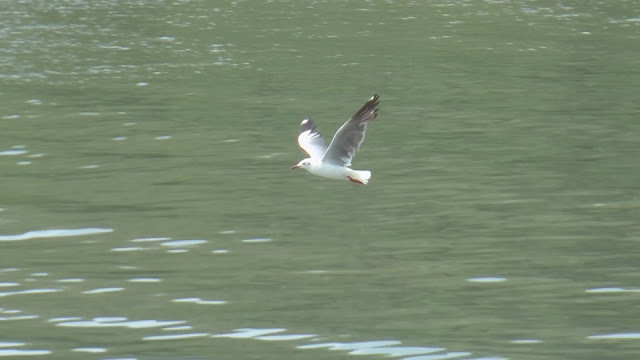 We made some phone calls and Carlos Betheancourt responded to see the bird some minutes later.

The bird appeared comfortable in the location even while being disturbed by locals walking out to the mangrove island. Several times it circled the island and dropped to the water but always flew back to the sand spit connecting the island with the shore. Once it called a hoarse single note in proximity with a Laughing Gull.
gray-hooded gull panama viejo