24 hours of birding in Darién, a report by Carlos Bethancourt

- jueves, junio 02, 2011
About a week ago, May 27, my friend Raúl Arias invited me to check out some spots he has been birding the past 6 months; but not just any spot, it was in Darién! Also invited were one of the top guides in Panama, Beny Wilson, and Hernando ‘Nando.’ Raúl had invited me on their previous trip, but I was swamped with other birding work at the Canopy Tower and Canopy Lodge and just could not pull myself away. Now I was free!
We agreed to bird the Darién area near Yaviza for at least 2 days, but at the last minute our plans changed. Instead of a two-day trip, we would have to cram it all in a 24-hour birding marathon! I was so mentally pumped that I was already daydreaming about finding a Black Oropendola, a lifer! I kept thinking, “Darién forest... NEW BIRDS... new birds... who knows what may pop up?” That is the exciting part, the not knowing! 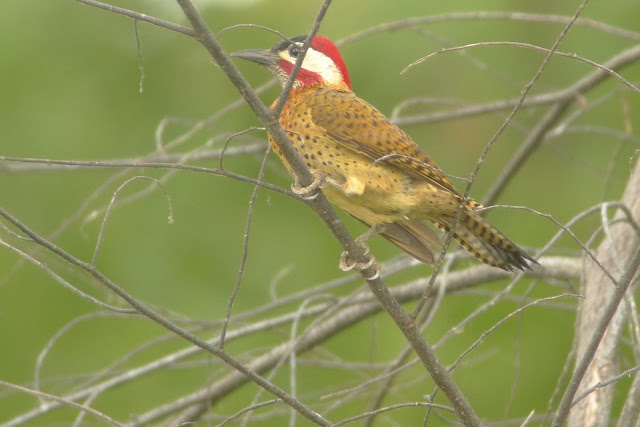 We got to Metetí, one of the last major towns near the end of the paved part of the Inter-American Highway, around 3:30 p.m., dropped our bags and immediately headed to Yaviza to bird along the road. My first lifer was just 10 minutes from where we were staying, a nice pair of Spot-breasted Woodpeckers! What beautiful birds! I captured some nice pics with my Leica Camera D-lux 4 and Leica Spotting Scope. We then drove for about 5 more minutes, when Beny pointed out an area that he said was good for Rufous-tailed Jacamar. He was spot-on right! This guy knows his back yard really well, because a pair of Rufous-tailed Jacamars delighted us for quite a while. I really love to observe bird behavior, so it was fun to watch the foraging habits of these emerald-green beauties! Nando and Beny went ahead, and I had to almost run to keep up, from fear that I would miss a new bird! “Wait for me, guys!” We got some close views of Orange-crowned Oriole, Crested Oropendola and a bird I wanted to see very badly, the oropendola! We heard it calling, and it did not take long until we all saw it flying! Wow! “Black Oropendola!” I yelled. Beny and I got the scope on it and drank in a perfect view. Outstanding, but still just a bit too far to digiscope! The chase was on! Raul, doing the driving, picked me up, and we pursued the bird in a frenzied chase down the highway! “Please stay close to the road!” I secretly wished. Finally, I was within range for the perfect pic! Yes! After this wonderful encounter, a heavy rain started. The birding high was quickly over. That night, after reminiscing about the day’s conquests, we heard a Black-and-white Owl calling outside our cabin. The perfect end to a great day! 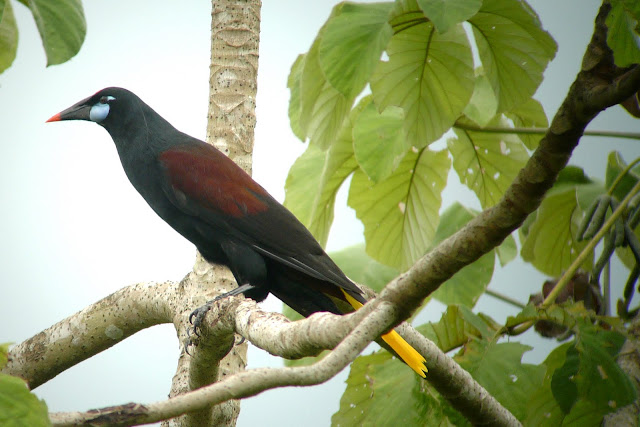 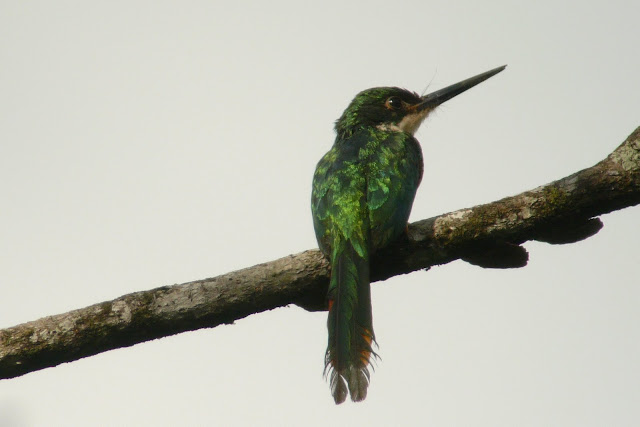 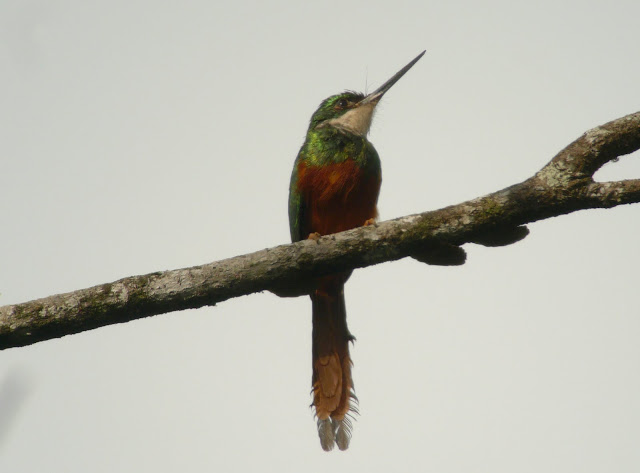 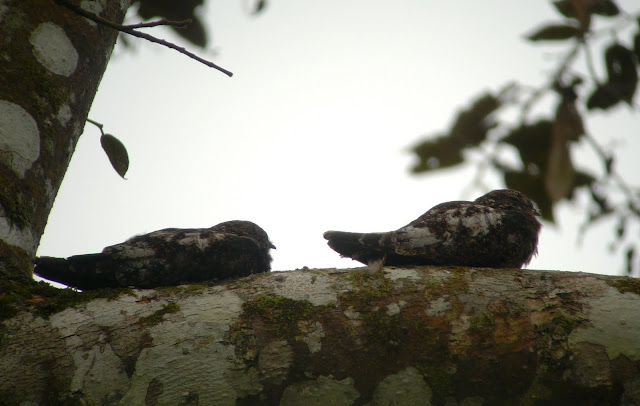 Beny pointed out the call of a Golden-green Woodpecker, and then he promptly found it! I was able to put it in the scope before it flew… Yes, another lifer!!! 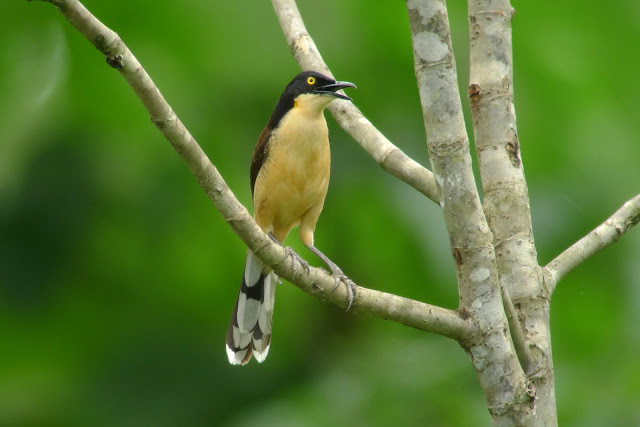 Yet another target bird I desperately wanted to see this trip was a Black-capped Donacobius, also known as the Black-capped Mocking-Thrush. After learning that Beny and George Angehr had found some on their previous trip here, that news really made me want them even more! We all headed to the known location they were last seen without hesitation! It was a good long walk and quite muddy, but after calling them in for about five minutes, the birds hopped into full view! I was amazed at this surprisingly large, handsome bird! After admiring it for a while, I realized I needed a few pics, so I grabbed the Leica and shot away! All right! Awesome! Seeing the donocobius was the exclamation point on a magnificent birding trip!
black antshrike black oropendola donacobius golden-green woodpecker orange-crowned oriole rufous-tailed jacamar short-tailed nighthawk spot-breasted woodpecker white-headed wren