Cape May Warbler, again and again

- viernes, febrero 11, 2011
Proving that the third time's the charm, indeed, the Cape May Warbler that has taken residence in the trees immediately around the Audubon Panama office in Llanos de Curundu was seen again on Thursday evening and again on Friday evening.

The hunt began Thursday morning, when George Angehr visited but didn't find it, quite. He tried again that afternoon, joined by Osvaldo Quintero and Darién Montañez, and after some minutes of checking every Tennessee Warbler a weird streaky warbler, seen in the morning by George, showed up. 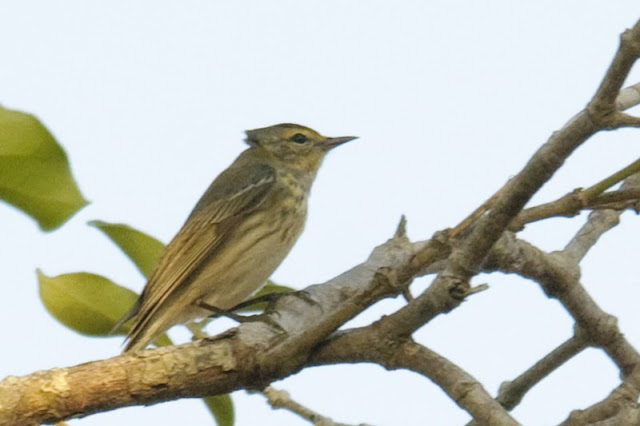 It was clearly not the male Cape May seen on the previous two days. Instead, it looked pretty much like a female Cape May Warbler, but what are the odds of not one but two of these rare, rare migrants showing up on our doorstep? Still, I can't think of any other i.d. options. What do you think? The bird was whitish below with distinct dusky streaks and a clear yellow wash on the throat, cheeks and supercillium. It had white undertail coverts, a faint yellow wash on the rump and a fainter rufous wash on the crown. 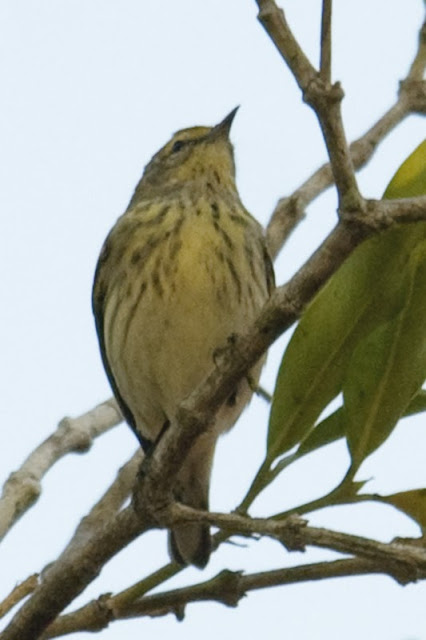 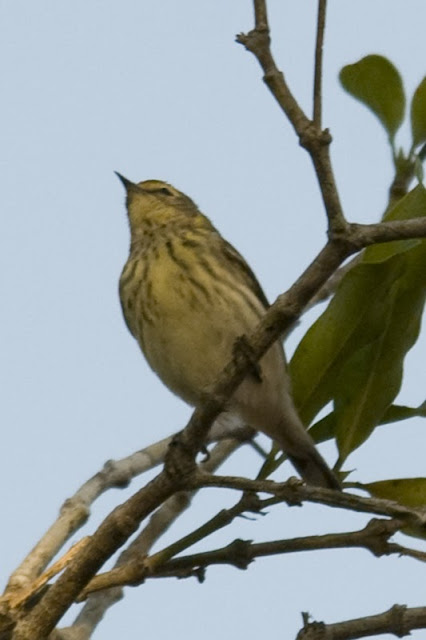 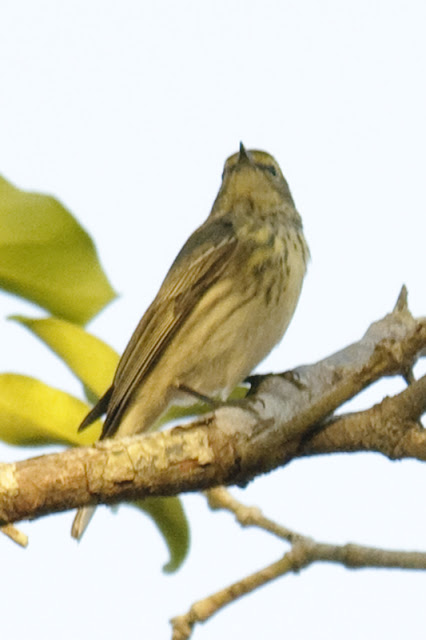 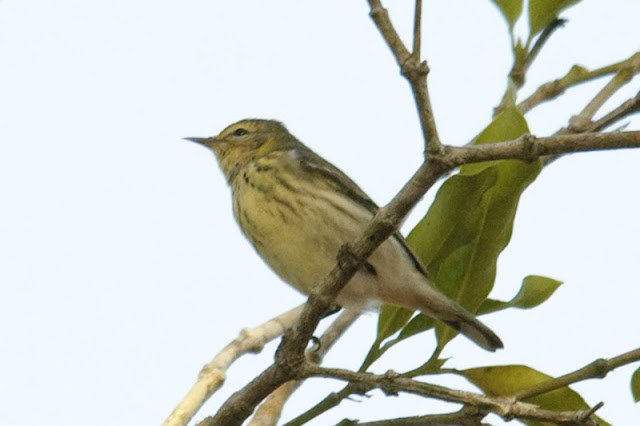 After a while, Osvaldo started playing the calls and song of the Cape May Warbler, and a bird flew in, chipping just like the tape: the male Cape May Warbler. George and Osvaldo stuck around for a few more minutes and got better views, and the photo below. 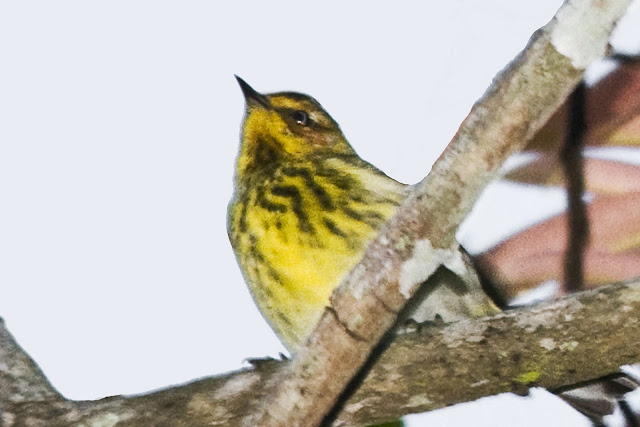 Then today both streaky warblers were seen, again at dusk. Today's lucky birders were Delicia and Pedro Montañez, Euclides Campos and Rafael Luck, who got some very nice photos.
These birds seem to have a wintering territory around the Audubon office, and have been seen four days in a row now. Come and get'em.
cape may warbler