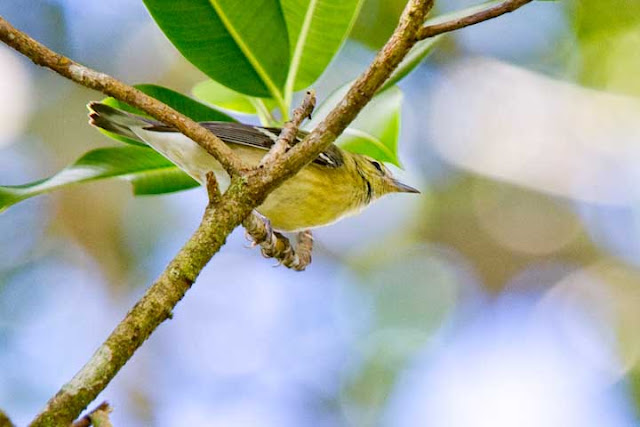 Last saturday february 12th, I went to Altos del María with Osvaldo Quintero, Rafael Luck, Alfred Raab and Robert Furrer (visiting from Switzerland). At 950 meters above sea level, at a clearing in the border of the forest, we found a huge mixed flock with (among others) White-throated Thrush (seen only by me), a male Golden-winged Warbler, a male American Redstart, and what we think is an immature Blackpoll Warbler. We noticed its yellowish underparts (with no buffy tones) with faint, but distinctive streaks on the chest and along the sides, and with clearly white undertail coverts. It has a somewhat plain facial pattern, with pale eyebrow and no contrasting cheeks. Also, we noticed in the photo that it has pale and dark legs (we did not notice this in the field). It worked the middle part of the trees, ocassionally moving just under the canopy. No vocalization was heard. 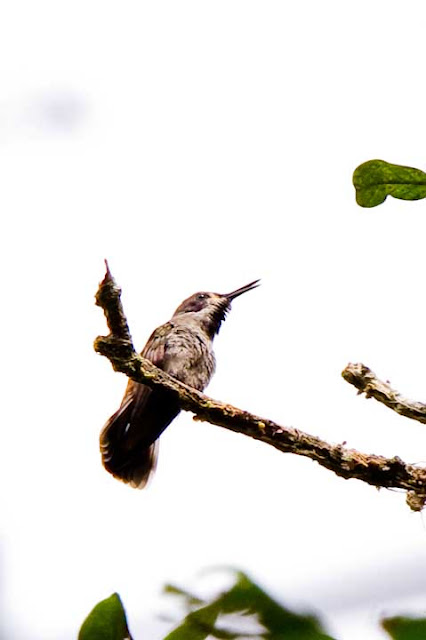 At more or less 1000 meters, now in humid montane forest, Alfred showed us a singing Brown Violetear, in the same spot where he and Robert saw it the day before. He also showed us at least three adult males Snowcaps, chasing each other. We also saw several Blackburnian and Canada Warblers that have spent all the winter in these foothills according to Alfred, and heard a Black-crowned Antpitta by the creek.
[All photos by Rafael Luck.] 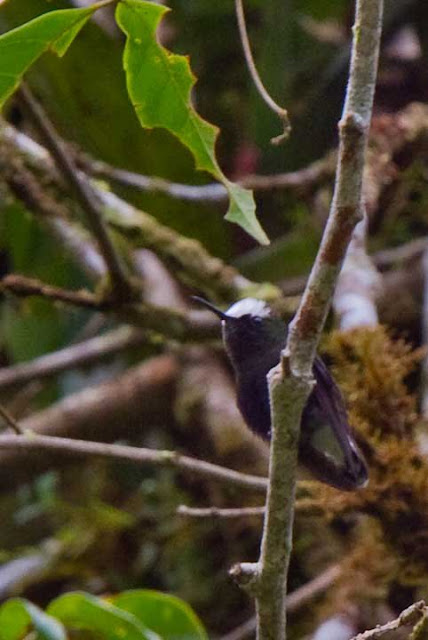