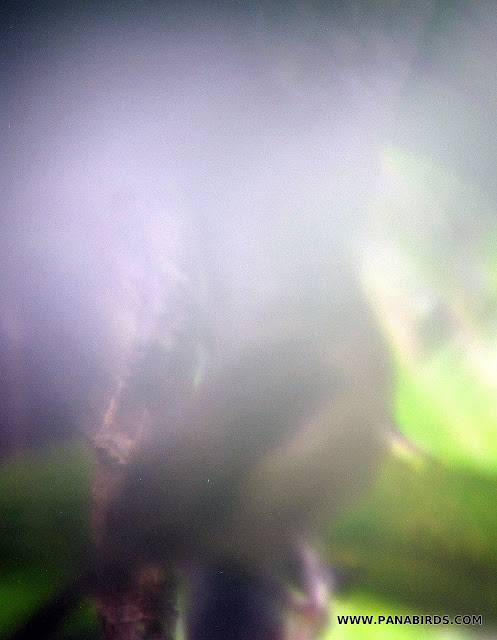 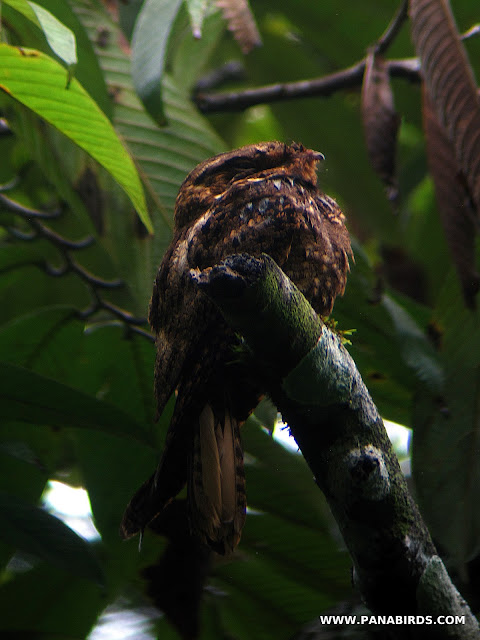 [Also seen that morning was this large nightjar, which has since been identified as a male Chuck-will's-widow]. 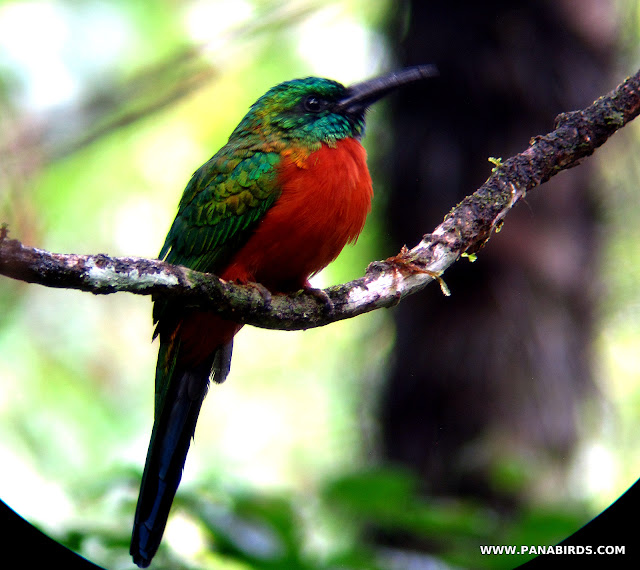 Later in the Day I joined Rosabel & Karl Kaufmann, and Randy & Graham Floyd to a revisit of the Limbo area, where we got a very cooperative Great Jacamar. 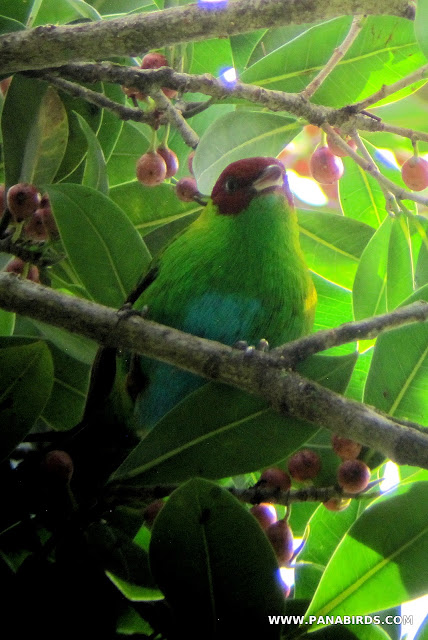 December 29: Got and invitation to visit Mr Richard Bennett's farm in Sierra Llorona, Colon province, at at 400 meters above sea level. While walking around the garden of the caretaker's house I saw a Ficus tree full of red berries. I had seen this tree before and I remembered how good at atracting birds this fig was. The first bird I got was a new species for this year: Rufous-winged Tanager. Also present were Bay-headed Tanagers, Emerald Tanagers, Scarlet-thighed Dacnis, Blue Cotinga, Chestnut-mandibled Toucan and Collared Aracari. While I was taking pictures of the Rufous-winged Tanager I noticed this "fat looking Plain-colored Tanger". Three minutes later the bird was still there and started singing and hopped to another branch. I found the bird again perching under the canopy and tried to take a photo, but when I saw the picture, it was of a Plain-colored: I missed the real bird! After checking behaviour, calls and distribuiton I think the bird was a Gray-and-gold Tanager, which I have seen in Cerro Jefe. 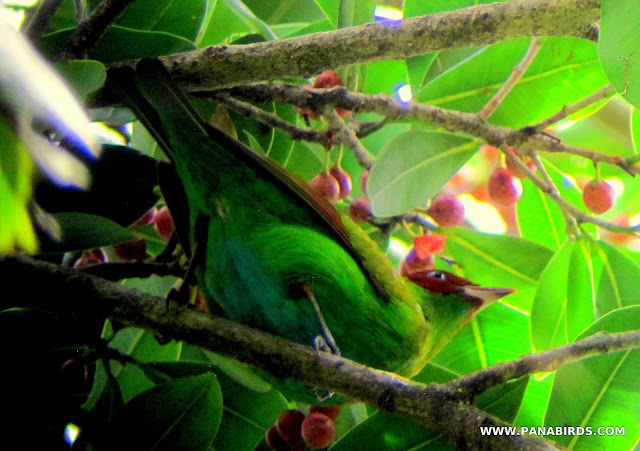