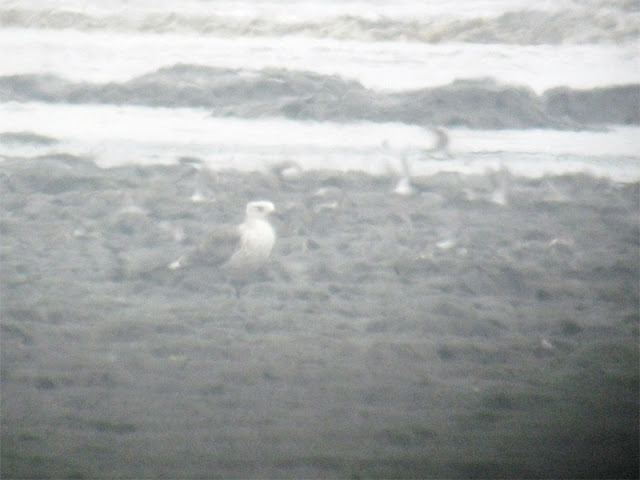 As a preface, we have these photos of the Kelp Gull reported from Costa del Este by David Uit de Weerd and Lennaert Steen on December 1. 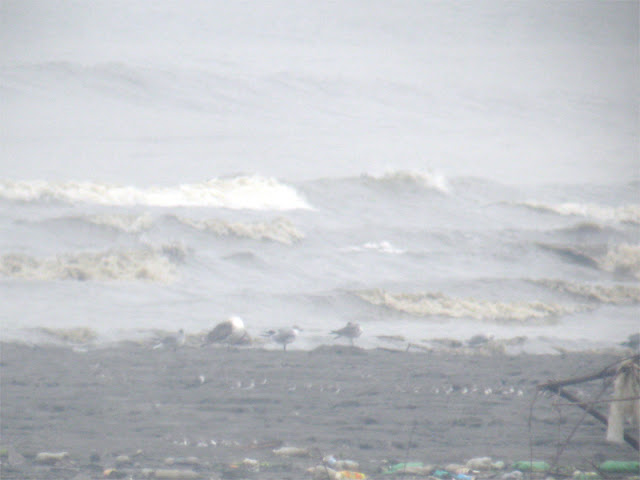 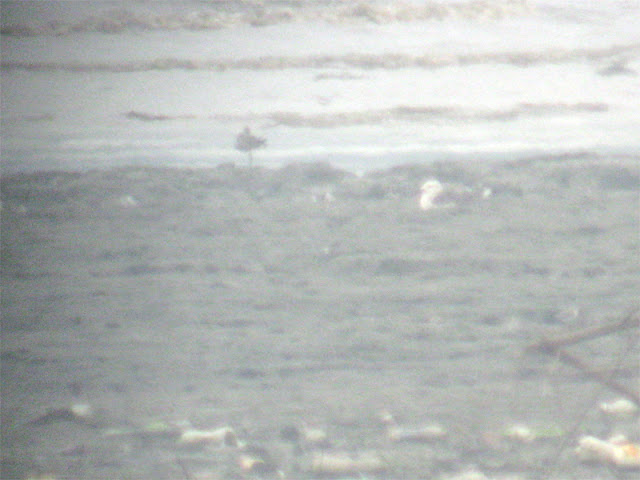 Then we have these photos of a mystery gull seen by Rosabel and Karl Kaufmann at Panamá Viejo during yesterday's Pacific Christmas Bird Count. 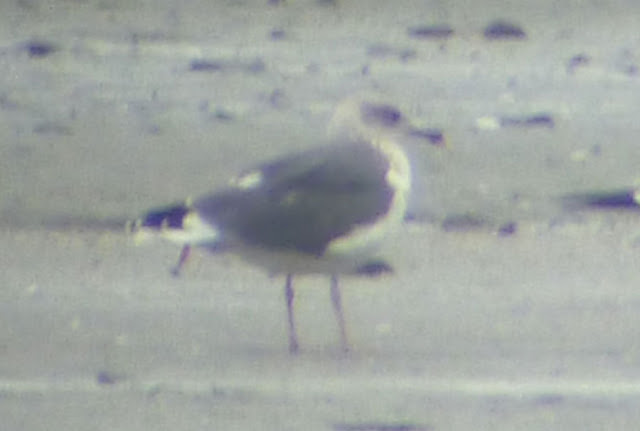 This is clearly a different bird, with the solid mantle and darker streaks on the head that usually signal a third or fourth year bird and (gasp) pink legs —which would rule out pretty much anything known or from Panama. What do you think? A Western Gull with uncommonly streaky face? A very lost Slaty-backed Gull? 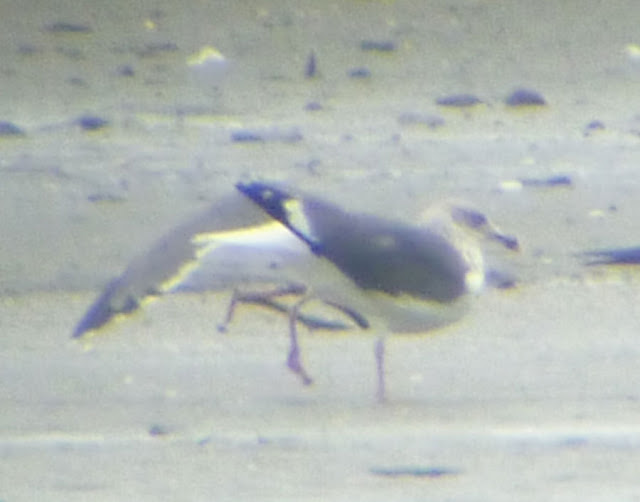 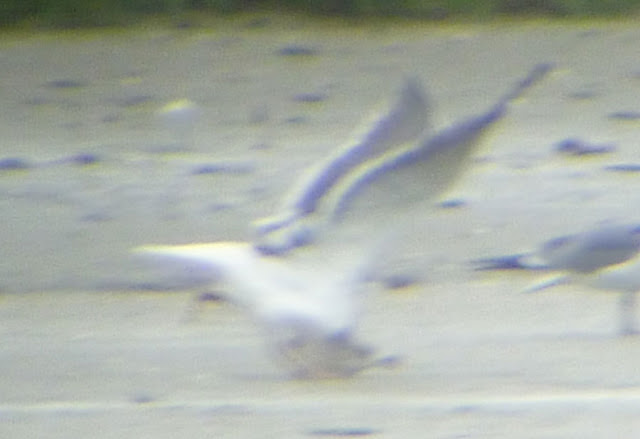 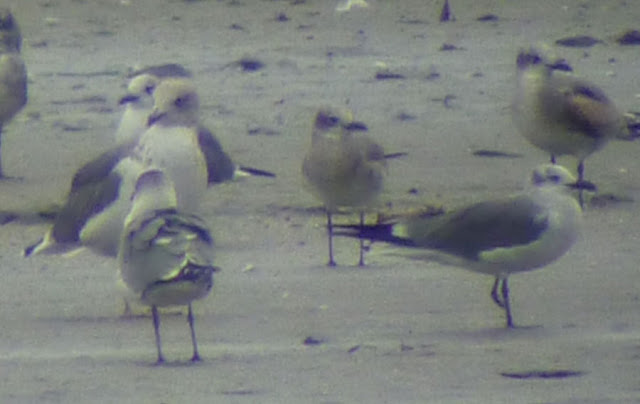 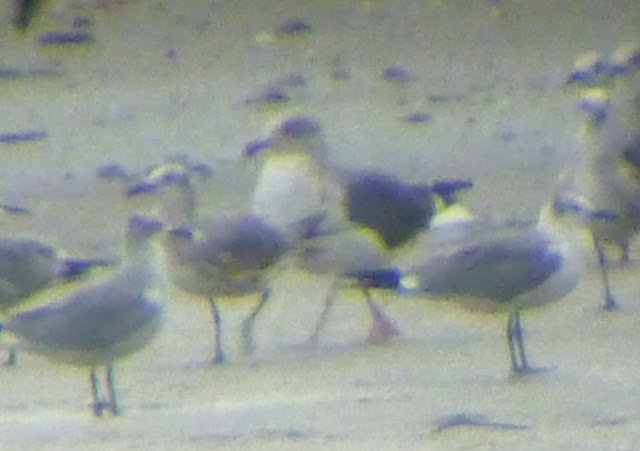 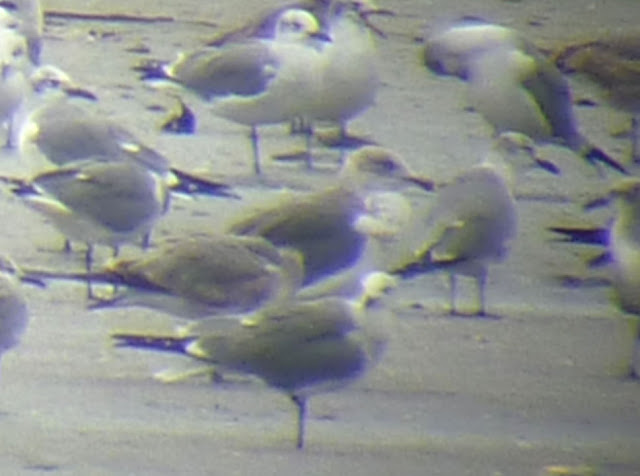 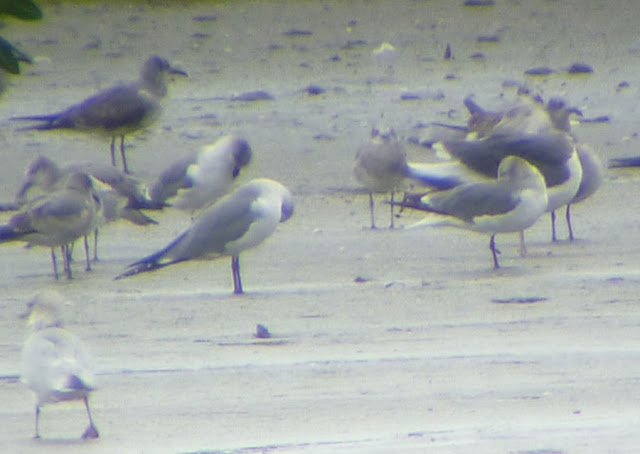