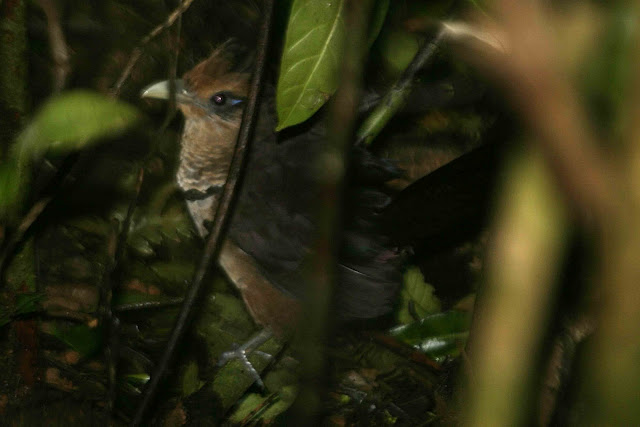 An army ant swarm has set up its bivouac in a hollow tree in our garden at Altos Cerro Azul.

This morning (Wednesday) I found two Rufous-vented Ground-Cuckoos waiting around for, and then following the ant swarm. One was very wary, the other remarkably tolerant while it ran around catching prey put up by the ants. 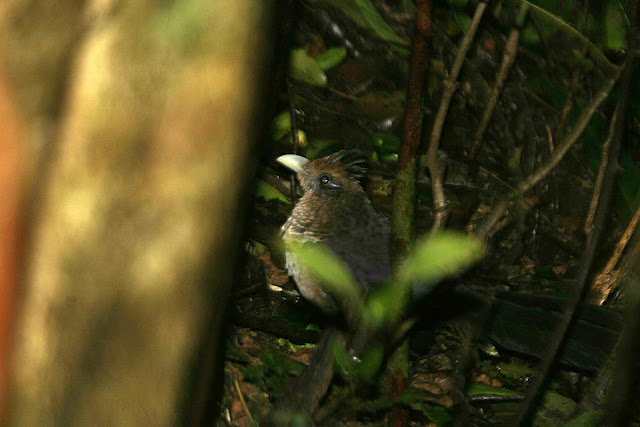 An immature Barred Forest-Falcon also turned up but did not wish to be photographed. Other birds on the swarm were not particularly interesting but they included a Rufous Motmot, Spotted and Plain-Brown Woodcreeper, Spotted and Bicolored Antbird, Red-throated Ant-Tanager (uncommon in Cerro Azul), Swainson's Thrush and Clay-colored Thrush. We used to get Pale-vented Thrushes on our ant swarms; they have now been driven out of the area by Clay-colored, no doubt due to housing development. 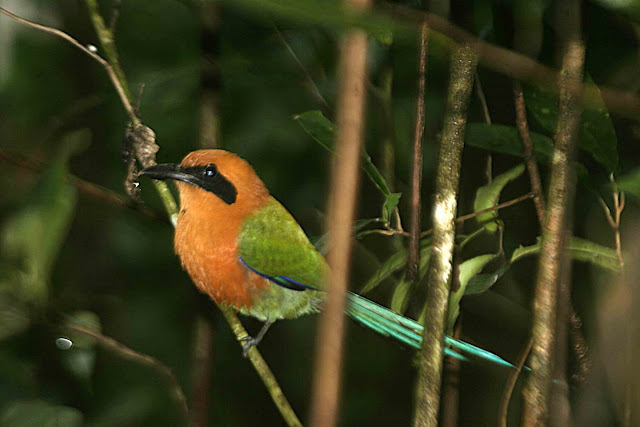