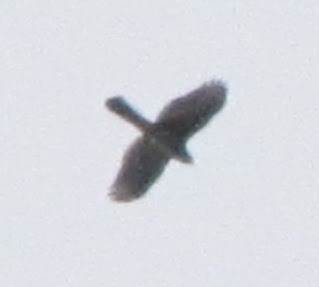 
The large head, projecting well in front of the leading edge of the wings, and the proportionately long tail with a rounded tip appear to indicate the bird is a Cooper's Hawk rather than a Sharp-shinned, which would have a proportionately smaller head and a relatively shorter tail with a square tip. There are two previous sight reports of Cooper's from Chiriqui; this would be the first photographic documentation.

This is only the third record of this rare boreal migrant in Panama, and the first from the Canal Area (previous sightings are from the road to Fortuna and the road to Boquete in Chiriquí.) Cooper's Hawk normally winters to Costa Rica, but there's a record from Colombia (fide Restall's Birds of Northern South America). 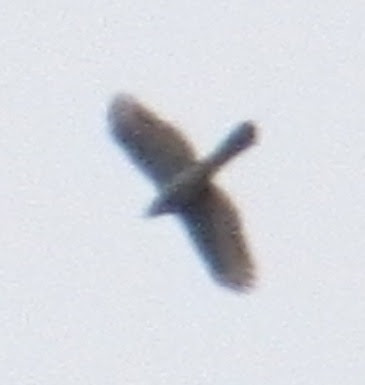 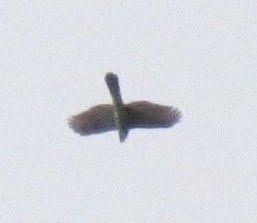 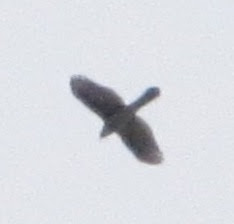 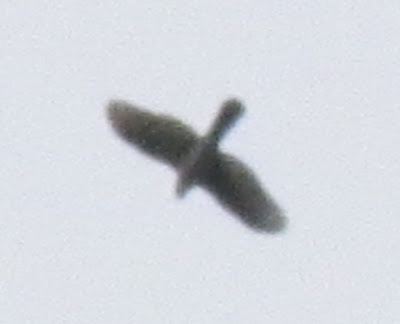 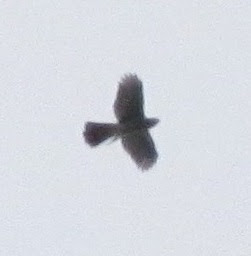