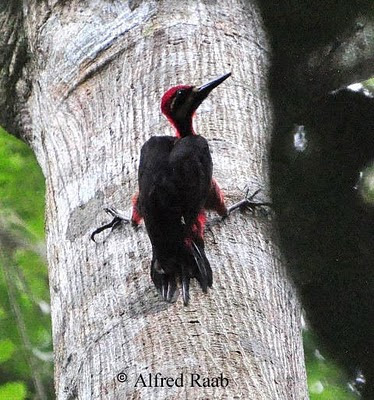 Alfred Raab and I spent July 6-11 on El Real and Rancho Frío, joined the morning of the 10th by Björn Anderson and Gonzalo Horna (all photos included are Alfred's). The star of the show was a Sharp-tailed Streamcreeper seen by me and Isaac Pizarro (our local guide) on the 8th below Rancho Plástico, as noted in the Birdfinding Guide, and recently rediscovered by Euclides Campos (many thanks to Kilo for sharing this report). The bird vocalized at length (good recordings were captured) and generally put on a show. Isaac tells me that he has known of this bird for at least 3 years, but his previous reports were not believed because he does not have the means to document the sighting. Believe me, the bird is there. It is an extremely difficult climb down to the river, and I would recommend waiting until the dry season to look for this for all but the most fit (which I am not!). Other highlights from Rancho Frio were Crimson-bellied Woodpecker, Gray-cheeked Nunlet, Wing-banded Antbird, Sapayoa, Lemon-spectacled Tanager, and Double-banded Graytail. 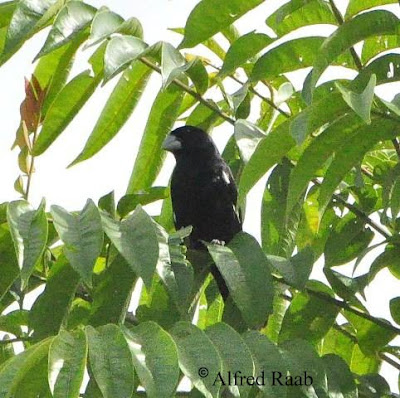 In El Real, Large-billed Seed-Finch was conspicuous at the airstrip from the moment we arrived; Isaac tells me these were the first of this species he has seen this year. 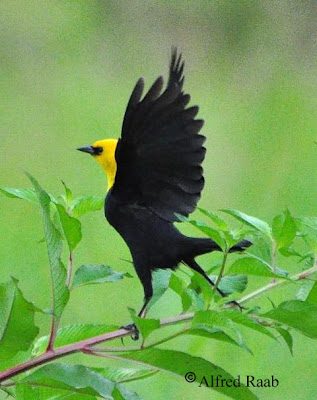 Yellow-hooded Blackbird was not seen until the 10th, but then was conspicuous and vocal, and engaged in courtship behavior and possibly delivering food to an unseen nest. Interestingly, the first couple of days we visited the airstrip Red-breasted Blackbirds were present in good numbers, but absent when the Yellow-hoodeds were present. Could these species be competing for resources, and if so, will this limit the continued northward range expansion of the Yellow-hoodeds? 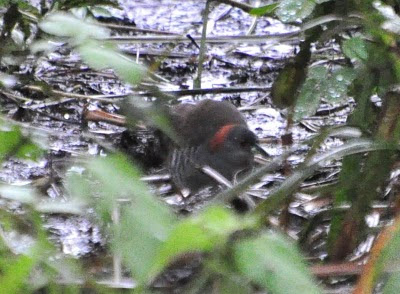 Gray-breasted Crake seemed to be the only crake present, and in good numbers, heard many times and seen quite well twice. Black-capped Donacobius was heard only and is apparently scarce at this time of year. 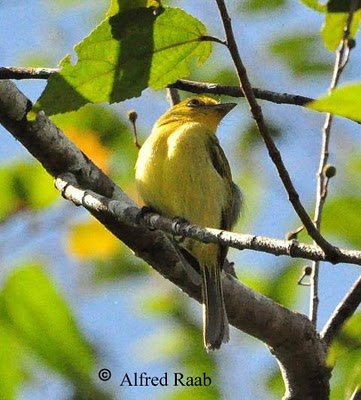 Yellow-breasted Flycatcher was seen first at Pirre Uno, and then was numerous on the Pinogana road. Spectacled Parrotlet seems to be everywhere, and a White-eared Conebill was in the same exact tree where found in August of last year. The only Brown-chested Martin of the trip was neatly spotted by Björn over the airstrip on the 11th. 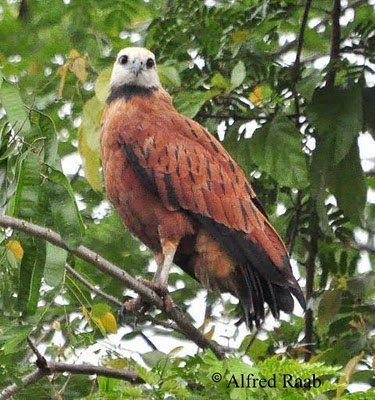 On the 12th most of us took a boat ride down the Tuira and enjoyed numerous Black-collared Hawks. Björn stayed behind in El Real and saw the only Pale-bellied Hermit of the trip — whatever has previously attracted the species to the bushes in front of Doña Lola’s was apparently no longer present. A pair of Green Ibis were a nice surprise on the Rio Pirre near town on the last two mornings. And two species only first reported from the Darien in 2008, Tropical Mockingbird and Lesser Yellow-headed Vulture, were both represented by multiple individuals.
One of the more exciting moments of the trip involved two rather routine species; late in the evening on the 6th, Alfred, Isaac, and I watched a pair of Spot-breasted Woodpeckers (one in a hole and one outside) protesting loudly at the presence of a Masked Tityra. In fading light we were stunned to see the tityra reach into the hole, grab the woodpecker with its bill, and forcefully throw it out of the nest. The tityra occupied the hole days later; it stands to reason that a cavity nester that cannot excavate holes must otherwise obtain them, but to witness this naked aggression was quite spectacular and unexpected!
black-collared hawk crimson-bellied woodpecker gray-breasted crake green ibis large-billed seed-finch sharp-tailed streamcreeper yellow-breasted flycatcher yellow-hooded blackbird