Odd Variable Seedeaters in the Azuero, a report by Kees Groenendijk 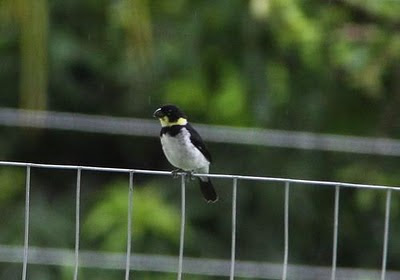 Variable seedeaters are common round our house (Palmilla, Mariato district, Veraguas Province), but in the last week of may we found some that were rather more variable than normal. As the attached photographs show, the chin and neck of the bird are not white, but quite bright yellow. We have never seen this variation before and Vencicioo Wilson, who does quite a lot of birdwatching, was also at a loss and said he had never seen variable seedeaters like this. 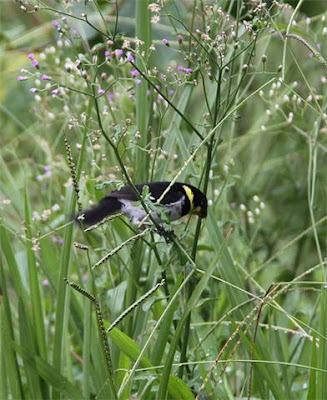 
In fact it’s not that unusual to see Variable Seedeaters with yellow neck bands (or whatever the correct technical name is). It’s not something confined to Azuero. I have seen this coloration on a few birds at different times at Altos de Cerro Azul and in Panama City. I have no idea what the explanation is!