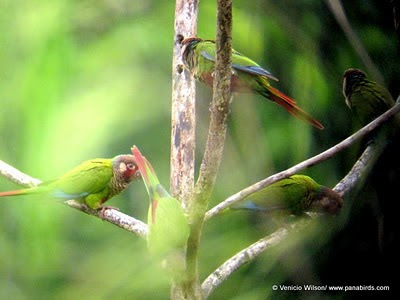 Last week I joined three different birding journeys in the western side of the country. We began by returning to the Velasquez farm on two occasions with several members of SAP looking for Azuero Parakeet, and got some more pictures, videos and interesting details about this seldom seen endemic bird. 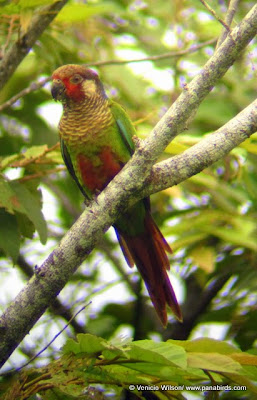 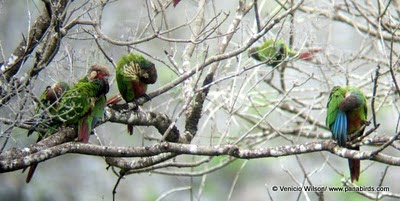 Itzel Fong pointed that some birds have a white eye ring while other have a browner eye ring. I also noted some birds with brown irises and some few had brilliant orange iris. One of the birds had a tiny blue spot in the forehead right above the bill. There were about 60 birds feeding at the fig tree; 4 times more birds than the previous week. The parakeets were doing a lot of grooming and pair bonding activities which we filmed.

I also spotted what I believe is a Brown-back Dove. If you are planning to visit Juan Velasquez farm, keep an eye in the area behind Juan's House and the large nance tree near the cabin that Juan is building. 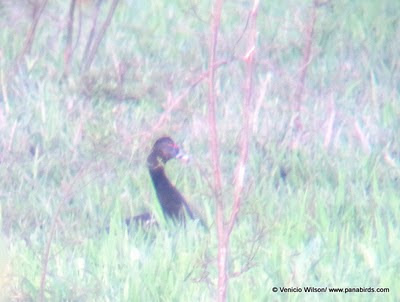 On the way to David, Olmedo Miró and I visited Las Lajas beach and found a Muscovy Duck. 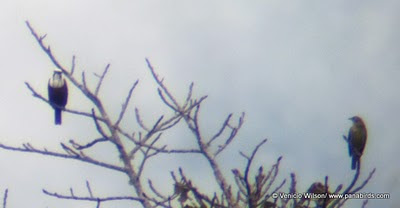 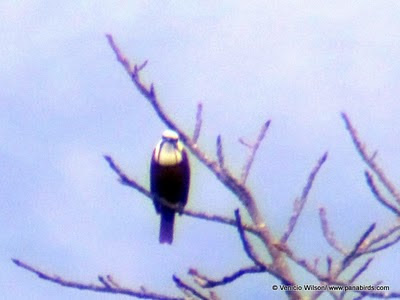 I later visit briefly the area of Boquete for some work and managed to get some nice birds: At Rio Cristal Mountain Lodge we got Sooty-faced Finch, Three-wattled Bellbirds, Slaty-backed Nightingale-thrush and Resplendent Quetzal. I have been visiting Boquete the last 10 years and I found amazing that Red-crowned Amazons are now visiting the town. Maybe global warming is extending the range of this species up into the mountains. 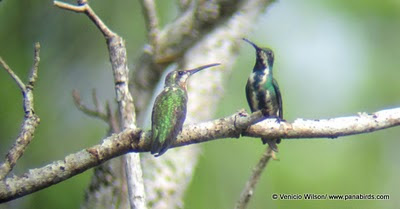 During a visit to Changuinola with Jan Axel Cubilla and Rafael Luck we visited the channels in “Las 60” with great views of the Green-breasted Mango. At Finca 79 and the trail to the beach (the trail head is cover by dense vegetation) were we got the Dark Morph of the Green Heron, Streaked Xenops found by Jan Axel, Slate-headed Tody-Flycatcher, Grayish Saltator, Olive-backed Euphonia and Olive-crowned Yellowthroat. 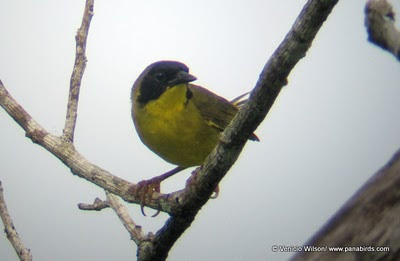 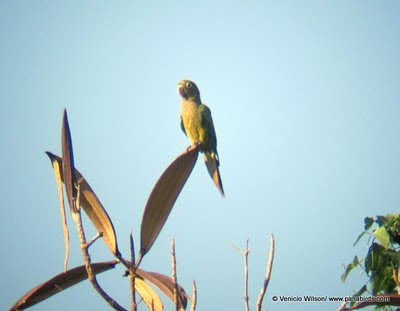 Olive-throated Parakeet was seen in the forest beyond the rice fields in Finca Las 30. White-crowned Parrots where seen and photographed at Boca de Yorkin in Sixaola. White-collared Manakins and a Black-throated Wren were seen at El Silencio, Changuinola. Four Green Ibis and a bunch of Brown Jays where the highlights of the day at Chiriquí Grande. A female Lattice-tailed Trogon was spoted at Willie Mazu, Crimson-collared Tanager was next to the road and later an Ornate Hawk-Eagle responded to playback from a 3 km distance. 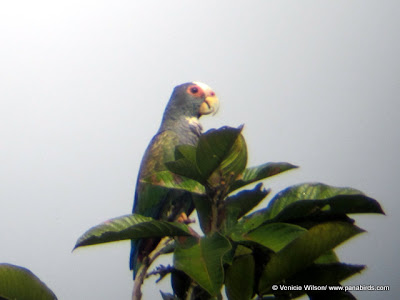 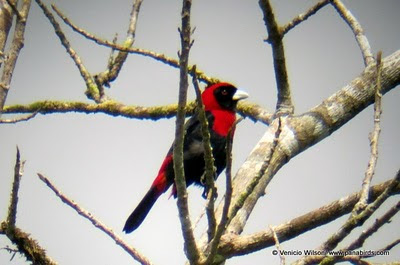 We finished the day with a group of at least 3 Grassland Yellow-Finch found by Jan Axel Cubilla at El Chirú, and a gorgeous Aplomado Falcon that visited briefly the fields. 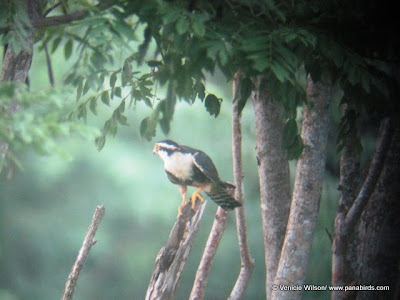