[The bird in question was proven to be but a subadult Kelp Gull. Apologies]
Euclides Campos and Ramiro Duque visited Costa del Este today and found not only the Belcher's Gull [sic], but an adult Kelp Gull, plus the third-winter Lesser Black-backed Gull first photographed at the end of february and a Herring Gull. In the photo above, the gull in front shows a white mirror on what we presume is P10 and a white tail, which could show it to be an adult Kelp Gull, while the one in the back may show a black tail and no mirrors on the tips of the primaries, but they're roughly the same size. A Belcher's Gull should be noticeably smaller, so maybe it's another Kelp. More details to come.
And now more photos, labeled for your convenience. 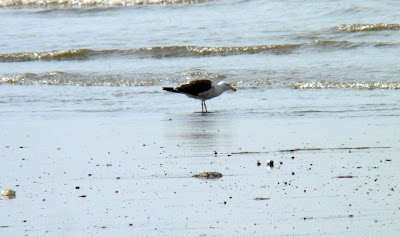 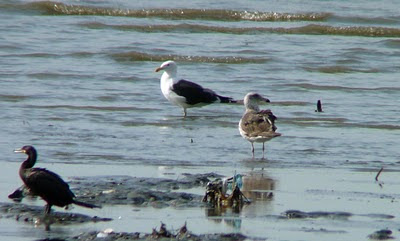 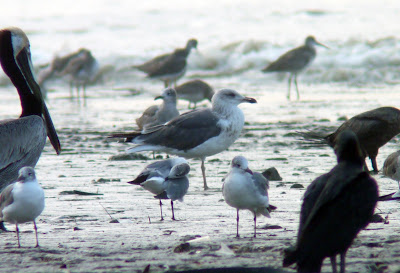 (Lesser Black-backed Gull)
As a bonus, he sent this photo of an unfortunate Yellow-breasted Crake being devoured at Las Macanas Marsh on March 3, where he also found a group of Long-billed Dowitchers (identified by call). 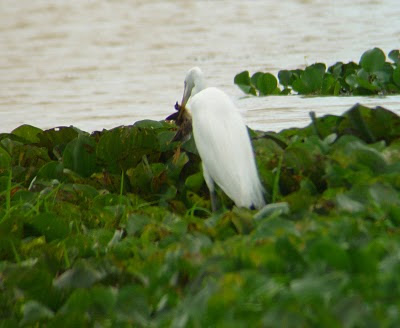