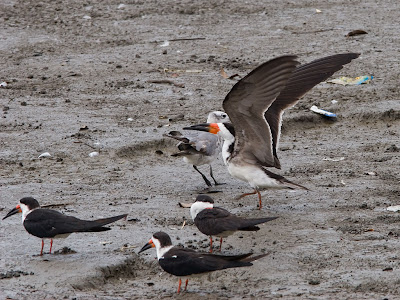 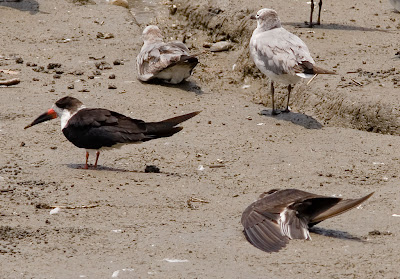 The Black Skimmers photographed show the slaty-gray underwing and reduced white on the tail that betrays them for the South American race cineracens. The North American subspecies niger (check your Sibley) would show mostly-white underwings and much more white on the tail. 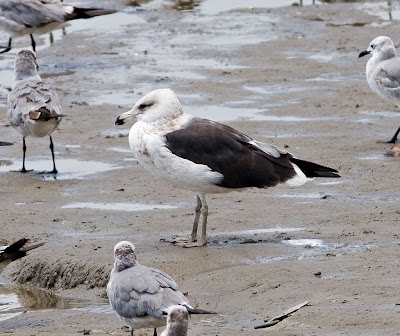 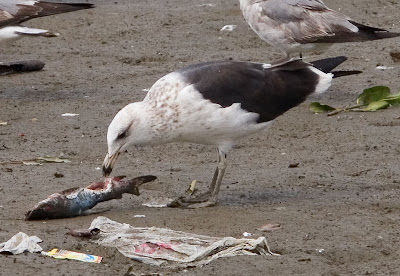 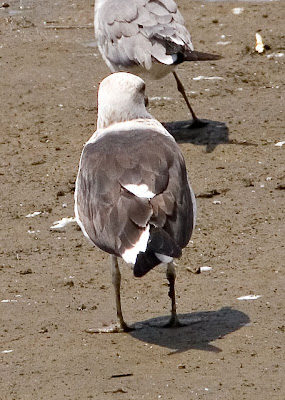 Karl also sent better photos (as opposed to my crummy digiscoped efforts) of the third-cycle-type Kelp Gull, shown in the last two photos in front of a first-cycle-type Ring-billed Gull. 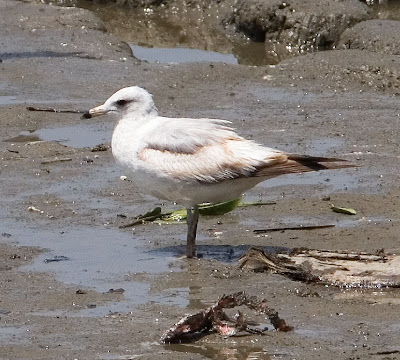 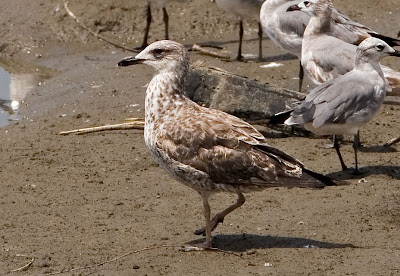 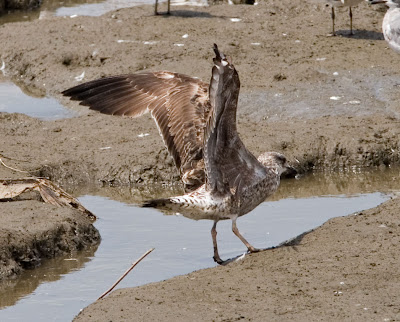 More interesting is this large first-cycle gull that our sun-tired eyes called out as a Herring while we were there, but that upon closer scrutiny Karl is calling a Lesser Black-backed Gull (and we the editor agree) based on the coarsely mottled breast, which would be uniform in first-cycle everything else. 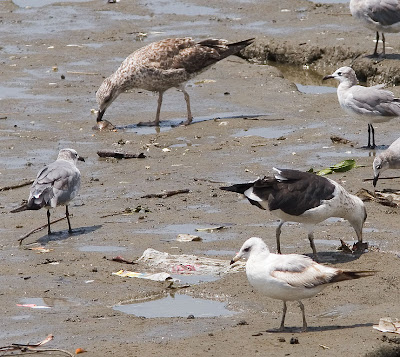 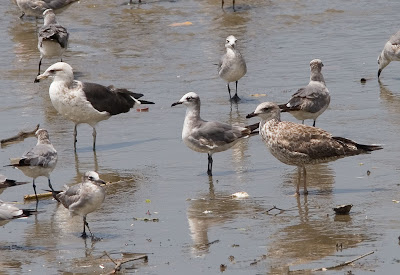 These last two shots show the size difference between the ginormous Kelp, the huge Lesser Black-backed, the medium Ring-billed and the puny Laughing Gulls.
Needless to say, no matter how closely we zoom into the more general photos, we have been unable to find the Kittiwake, but the height of upcoming tides is luring us back to the hunt and coaxing us to take a break from our exhaustive Good Friday commemorations. We'll keep you posted.
black skimmer costa del este kelp gull lesser black-backed gull ring-billed gull