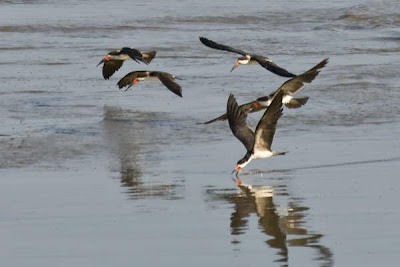 Jan Axel Cubilla visited Costa del Este at high tide on February 8 with Osvaldo Quintero, who photographed the group of Black Skimmers that has been haunting the area. On the 12th, Jan Axel returned and found at least four Herring Gulls, a Ring-billed Gull and a Franklin's Gull as well as the skimmers among the hundreds of gulls, and some Red Knots among the hundreds of shorebirds present. 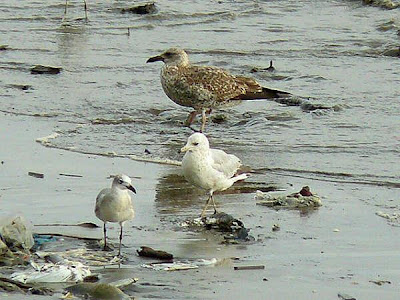 Then on February 17 Itzel Fong visited Costa del Este, where she photographed the skimmers and a handful of Marbled Godwits. 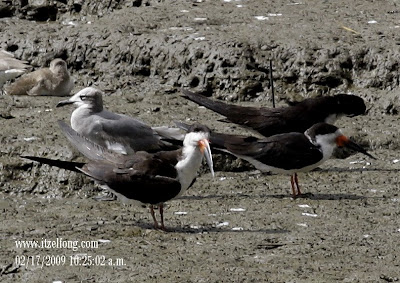