Chiriquí and Bocas Bonanza, a report by Euclides Campos Cedeño

- domingo, febrero 01, 2009
During the first weeks of January, I spent a few days birding in the Chiriquí highlands and foothills of Bocas del Toro with some friends, looking for some of the Talamanca range endemics. On January 5th a male Masked Duck and a Masked Yellowthroat were seen at Volcán Lakes. The next day we had a White-fronted (Rough-legged) Tyrannulet on the way to the ANAM headquaters at Respingo, where we saw a Costa Rican Pygmy-Owl close to the main building. 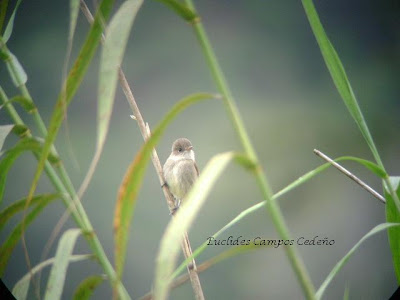 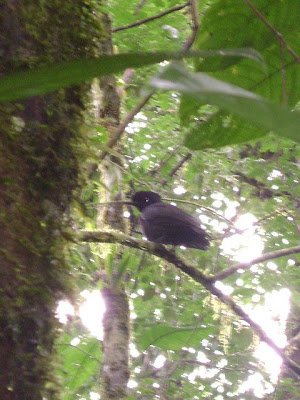 The following day we moved to Rancho Ecológico Willy Mazu. The birding was superb around the area yielding White-crowned Manakin on 8th; Lanceolated Monklet, Ashy-throated Bush-Tanager, Dull-mantled Antbird, plenty of Yellow-throated Bush-Tanagers, a Black-headed Antthrush (heard only) and a good bonanza for the day: a male Bare-necked Umbrellabird on the 9th. 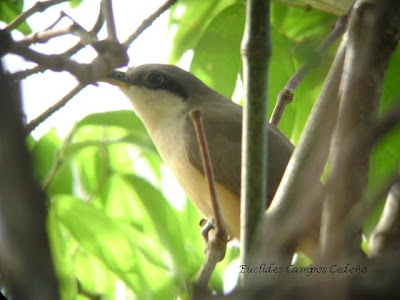 This Mangrove Cuckoo was seen on the 12th at Las Lajas Beach. On Cerro Santiago on the 13th we had Yellow-green Finches, but no Glow-throated Hummingbird; we did see a male Magenta-throated Woodstar, though. The last day in the area, January 14th, we decided to visit the grounds of Cerro Batipa where we found about three male and one female Yellow-billed Cotingas. Also seen was Rose-throated Becard and a Blue-throated Goldentail. 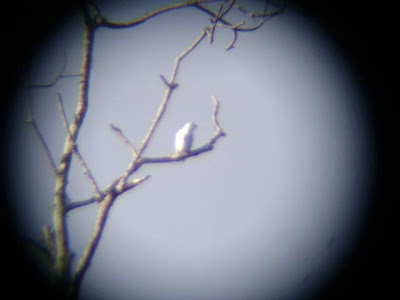 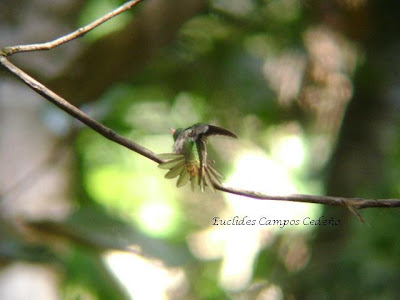