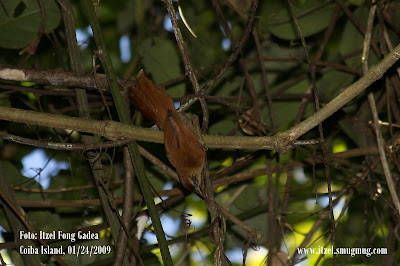 A group of 12 brave Panama Auduboners spent the weekend of January 23 birding and snorkeling Coiba National Park. Highlight was the seldom-photographed Coiba Spinetail, seen a couple of times on Los Pozos trail on the 24th (and photographed by Itzel Fong), and the piles and piles of Scarlet Macaws seen (almost) every day at Punta Esquinas, the former prison and Playa Machete. Brown-backed Dove proved harder to get: a number were heard on the morning of the 25th at Los Monos trail, but only seen by Delicia and Darién Montañez.
Most of the other endemic subspecies were seen by at least part of the group; exceptions were Sepia-capped Flycatcher and Tropical Parula. Other birds seen that are not on the list published in Where to Find Birds in Panama were Mangrove Cuckoo, Short-tailed Swift, Black-and-white Warbler and Palm Tanager. 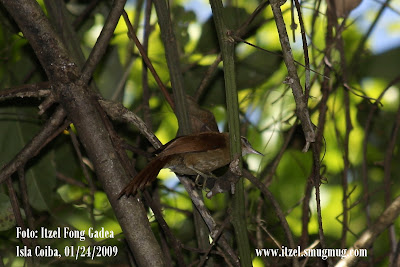