- lunes, septiembre 29, 2008
After being in El Real last month, I decided to do some birding in the highlands of eastern Panama, specifically above Rancho Plástico, with Alex Guevara and Ramiro Duque. Our expedition started on September 15th arriving at Rancho Frío late in the afternoon. The following day in the morning Slate-throated Gnatcatchers, Purple Honeycreepers, Scarlet-browed Tanagers, and Western Sirystes were moving around the station. During our hike to Rancho Plástico the same day, Wing-banded Antbirds gave us some great views and a Yellow- browed Shrike Vireo was heard in the distance. In the afternoon at a lookout close to Rancho Plástico, Great Green Macaws and Red-and-green Macaws were flying around, and at dusk a group of Tawny-faced Quails were singing close to our tent.

On September 17th we headed further up from our camp site where we saw Black-crowned Antpittas, Immaculate Antbirds, and Dull-mantled Antbirds. A single Green Manakin landed very close to us. In a mixed flock we encountered Red-headed Barbets, Lemon-spectacled Tanagers, Sharpbill and Yellow-green Grosbeak. Around 11 in the morning we reached the mountain top which yielded some Darién specialties like the Sooty-headed Wren, Tooth-billed Hummingbird, Chocó Tapaculo, Greenish Puffleg and Pirre Bush Tanager. The same day we returned to Rancho Frío Station, and the next day we hiked the trail to the police station, where we got excellent views of some Saffron-headed Parrots eating Cecropia fruit that were spotted by our local guide Francisco Pizarro. Alex took pictures of them. 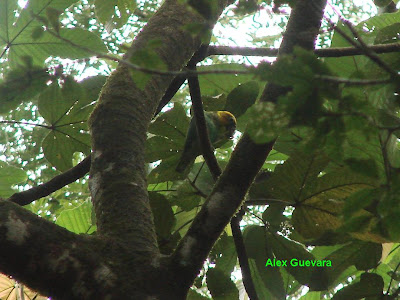 We decided to take it easy for a few days, but on Sept. 21st at El Real, we saw the female Ruby Topaz which I had seen on the previous month. Yellow-hooded Blackbirds, Large-billed Seedfinches and Rufous-tailed Jacamars amazed us. The last bird on our trip to El Real was a male Spectacled Parrotlet. We almost missed it! 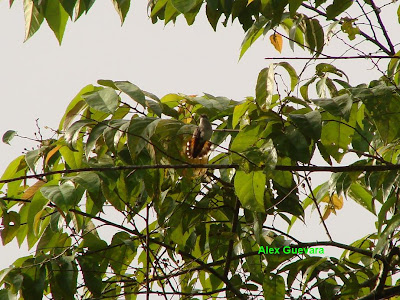 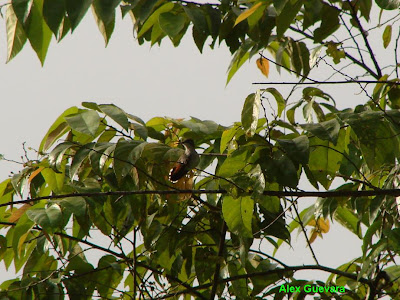 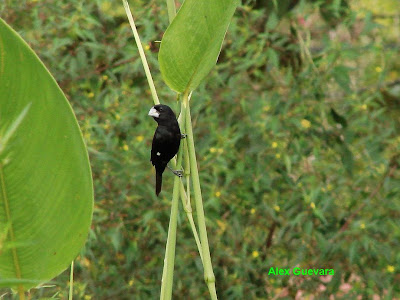 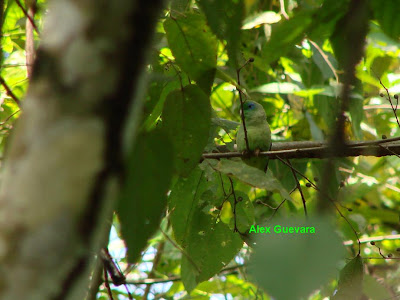 On September 23 at La Palma on the road to Senon, a pair of Sooty-headed Tyrannulets were seen foraging at the edge of mangrove and second growth. 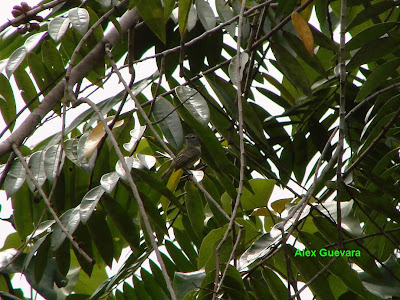