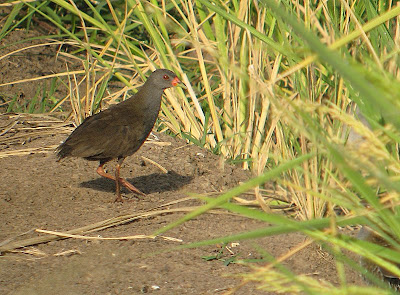 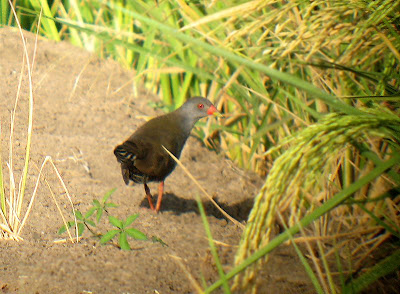 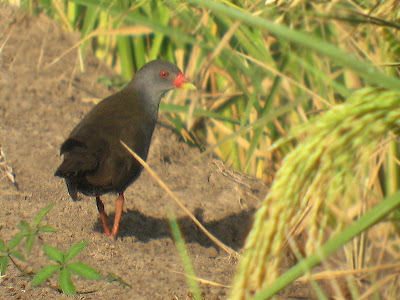 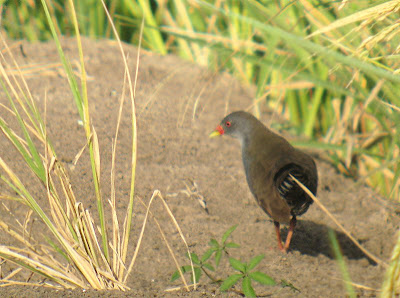 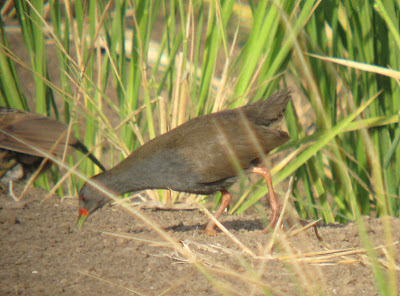 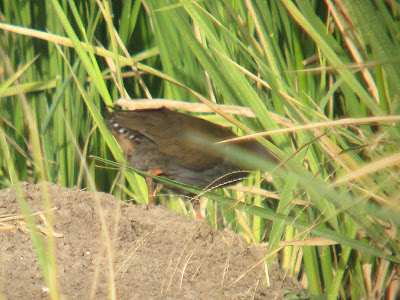 Especially intriguing is this last photo, that seems to show a bird with both a buffy undertail and black-and-white barring on the flanks (or sides of the tail). Upon examining it, George Angehr remarked

Curiouser and curiouser. The specmen I have, while very extensively barred below, has a very few buffy feathers just below the tail. The top of the crown is definitely slaty, with the brown feathers starting just at the rear end of the top of the head. Paint-billed is supposed to have the center of crown brownish, according to the Rails book. As Dodge has already pointed out, the first photos Rosabel got last week seem to show a Colombian. While th full underparts aren't visible, the area just below the tail, the thighs, and lower flanks appear to be buffy without any clear barring, although there are a few pale flecks. The crown appears to be entirely slaty. From the illustration in the Rails book, it seems to be ssp olivescens rather than the darker ripleyi described from Achiote Road. It's certainly possible that we have a hybrid population there.