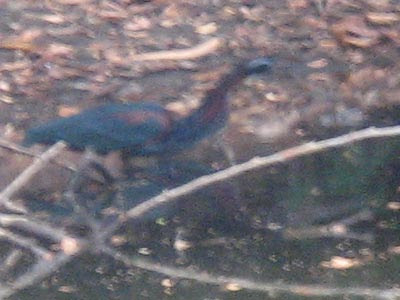 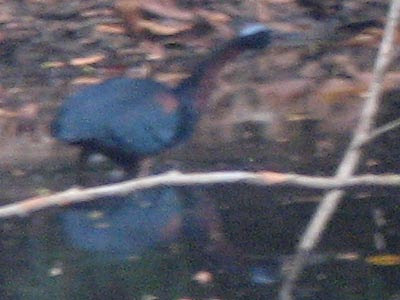 After kind of trying for the week before, we finally succeeded at seeing the Summit Ponds Agami Heron. The Canopy Tower's Carlos Bethancourt was there with a group, which I suspect was what convinced the bird to show up. Also seen was Capped Heron and the ever-present Boat-billed Herons.
These two photos (shown here for documentation purposes only) were digiscoped by Carlos, photoshopped by me. It seems the latest string of rainy days has replenished the bird's usual haunts, because it's been a couple of days since it was last seen. We'll try for it early on Sunday, before the Panama Audubon fieldtrip.
agami heron capped heron summit ponds