More on the Kelp Gulls 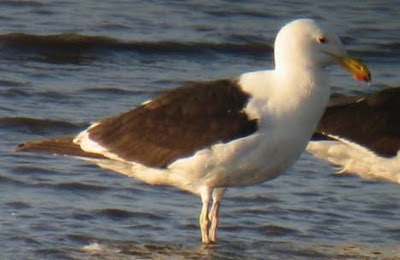 Rosabel Miró, Carmen Martino and Darién Montañez went to Costa del Este early in the morning, and had great views of four Kelp Gulls, including the young bird (the one on the left). Besides the brownish wash to its back and wings this bird has a black smudge on the tip of the bill, a feature first noticed by Guido Berguido on November 28. Also in the flock was a juvenile Herring Gull, which was about the same size of the Kelp Gulls. (Pictures by Darién Montañez)